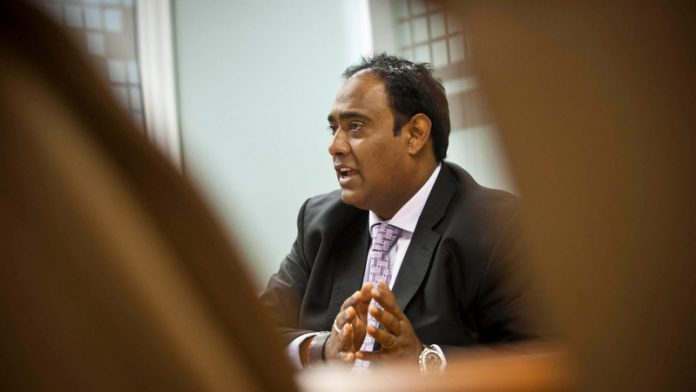 Four years ago, Simphiwe Duma, the then chief executive of the Technology Innovation Agency (TIA), sat opposite me in the agency’s brand-new building in Pretoria and told me how it would revitalise innovation in South Africa.

Last week, the agency’s new chief executive, Barlow Manilal, sat in the same chair and explained his plans to fix the beleaguered organisation so that it could fulfil its rather onerous mandate.

The TIA was established in 2008 as an agency of the science and technology department and receives about R400-million a year. It was initially hailed as the silver bullet that would close the gap between innovation and marketable products, creating jobs and boosting the country’s economic competitiveness.

But four years later, both Duma and chief financial officer Barbara Kortjass have been fired for gross misconduct, the majority of the board has been replaced, and the entity is perceived by researchers and entrepreneurs as a bureaucratic behemoth that is as likely to kill an idea as to facilitate its development.

Manilal, who was previously chief executive of the Automotive Industrial Development Centre for seven years and a winner of numerous business awards, says he recognises the challenges ahead of him.

“We were not agile,” Manilal says. “[The] TIA has not been at its full potential.” He shows me a timeline: In six months, he wants to have “stability among the staff and signs of a performance culture emerging”. In 18 to 36 months, his ambitions include a clean audit, “delighting stakeholders” and “regarded as [a] benchmark in the funding arena”.

One of the major issues at the agency has been its mandate. The TIA Act, which created the agency, states that it must “support the state in stimulating and intensifying technological innovation in order to improve economic growth and the quality of life of all South Africans by developing and exploiting technology”.

Duma saw the TIA as a government-funded venture capital vehicle; critics said that this meant that the agency would “cherry-pick” innovation, instead of broadly supporting it.

Manilal says: “[The TIA] is a delivery mechanism for government that enables entrepreneur [innovation] support. It is important that this mechanism … needs to work.”

Risky space
The reality of working in the innovation space, though, is that the space is inherently risky and project failure is part of the innovation process.

“We work in a high-risk environment. How do we assess the risks of various proposals, and how do we enable the innovation space to grow?” asks Manilal. “If there are failures, we have to look at what are the causes of failure. Don’t fail because of sloppiness – fail because you’re pushing the boundaries.”

But although he says that his immediate concern is staff stability and performance enhancement, one of Manilal’s greatest impediments will be the clouded perceptions of the TIA. One researcher told me: “They claim for themselves an area [in the innovation space] that is now void because it isn’t functional.”

Even within the agency, employees recognise the inefficiencies and bad perceptions. When the retrenchments were announced, an employee said: “Everyone in the organisation is tired of our inefficiencies. We want a proper structure.”

Manilal says he is aware of the problem. “How do we fix the brand? We have good competence at [the] TIA … [and with the restructuring, we will have] a leaner, meaner, more effective TIA. We want turnaround times on all our processes … simplified processes, good governance and track-and-track.

How to assess our schools’ eReadiness

An easy-to-download app has been developed to assess and evaluate the information and communications technology (ICT) or e-readiness of all government schools in South Africa.
Read more
Sci-tech

A government-funded innovation hub is set for drastic restructuring after its budget was slashed, with a third of its staff heading for retrenchment.
Read more
Business

Adept Airmotive says it is being stripped for parts by the same state agency that left it high and dry.
Read more
National

A trust founded by Agang SA head Mamphela Ramphele is at the centre of an investigation into corruption at the Technology Innovation Agency.
Read more
Sci-tech

Many people have never heard of the Technology Innovation Agency (TIA), they see it as an acronym in a science system beset with lettered shorthand.
Read more
Sci-tech

The Agang leader has denied benefiting from a cattle project led by a technology agency she chaired.
Read more
Advertising