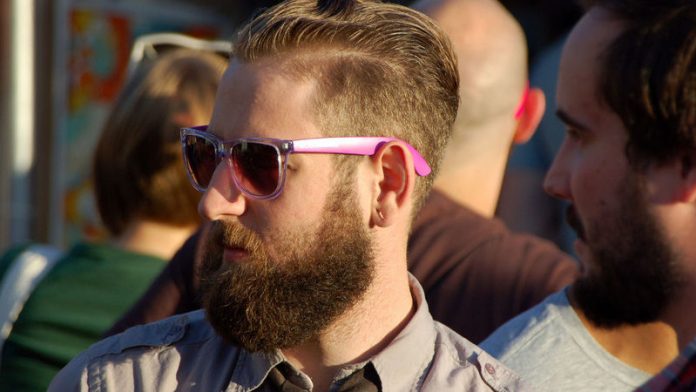 South Africa is no stranger to crime, we don’t have to tell you that. You read the news. You have social media. Depending on which area you live in, (I’m looking at you white suburbia), you probably have a community WhatsApp group all set up so that you can warn each other of any “lurkers” – for those of you who are wondering, this usually means a non-white, non-resident –who might be a threat.

SA Crimestats says that in the past 10 years over 25 million crimes have been committed.

Now we know this category of crime is unlikely to make the Crimestats page.

It’s certainly not the kind of crime that will inspire you to call your hubby to check on those immigration papers so you can catch that plane to Australia – for the second time today.

But it is funny.

Just when the breed was becoming slightly more accepted, and less likely to be pointed and laughed at in public spaces.

Just when they thought they had taken a giant step towards integration, so well in fact that they retired into the dark shadows of society where no one recognised them anymore.

Just, in fact when they thought they were out of the game, Twitter, that trusty social media weapon of destruction, dragged them back in with one hashtag: #hipstercrimes.

Granted, most of the reaction to the trend seems to be coming from fellow citizens who didn’t quite make the hipster cut, and still remain somewhat uncool.

Even society’s dark shadows don’t want them. They are forced to spend the rest of their lives in the limelight. Shame.

But here, on Twitter they found an out … or … an in so to speak, and so down poured the passive aggressive reaction against hipster crimes. The crimes hipsters have started to commit because they think no one is watching. We see you hipsters. We see you.

Off with your heads: We see you showing emotion.

Actually being emotive over something that’s not coffee, music, or vintage. #HipsterCrimes #DontDoIt

Come clean: You’re actually blind, and those are prescription.

Not so glum chum? A crime is nothing to smile about.

Seeing the bright side #HipsterCrimes

You have the right to remain silent: Just here for the coffee then? Nothing profound left to type on the Macbook Pro daddy bought you?

Showing up at Starbucks without your laptop #HipsterCrimes @midnight

Tastes the same doesn’t it? Fraud.

Not drinking out of a mason jar #HipsterCrimes @Midnight

Noise pollution: The sound of mandolins and tribal harps made of imported tumbleweed and llama fur (or whatever) do get tired don’t they?

Those are just a few. It’s worth mentioning that recently, a study was published that said that there was more faeces to be found in a beard than in a toilet pot. By the sounds of it, society can look forward to hipsters committing the ultimate crime then … shaving.