Fracking out in the open at last 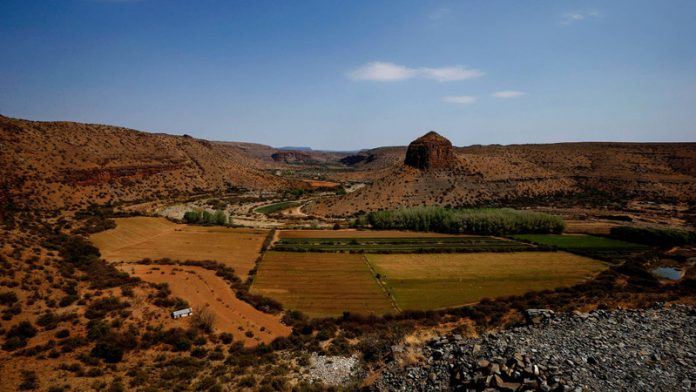 The strategic environmental assessment (SEA) of shale gas development has to be completed in two years – before exploration for the energy source begins in earnest, assessment leader Professor Bob Scholes said this week.

The government’s shale gas interdepartmental task team on Tuesday launched the SEA, calling it a “science-based assessment to improve our understanding of the risks and opportunities of shale gas development”.

In his budget speech in February, the minister of finance, Nhlanhla Nene, allocated R108-million to shale gas research.

Shale gas has been touted as a way to curb climate change and reduce the world’s reliance on coal, but has been met with opposition from civil and environmental lobby groups querying whether it is cleaner than coal, among other concerns.

To liberate natural gas – mainly comprising methane – from shale rock, the rock must be hydraulically fractured or “fracked”. This involves pumping chemicals into rock fissures under pressure and then recovering it for processing.

Some of this liquid remains in the ground.

Dearth of information
The methods and chemicals used to frack are location-dependent. South Africa has about 119-trillion cubic metres in technically recoverable, but not proven, reserves of natural gas in the Karoo Basin.

There is a dearth of information about the possible effects and risks of fracking in South Africa, and whether there are even reserves that can be exploited.

“The interdepartmental task team report on the investigation of hydraulic fracturing revealed that there is a lack of information locally to enable robust decision-making on the matter,” the departments of environmental affairs, science and technology, water and sanitation, and mineral resources said in a joint media briefing on Tuesday.

The study will include regions in the Karoo Basin that have exploration rights applications pending in the Northern, Eastern and Western Cape.

The departments said exploration processes for possible reserves will be ongoing, and the department of mineral resources will publish the exploration regulations “soon”.

It is expected this is to happen within the month.

‘Long time coming’
Scholes, who is a professor at the University of the Witwatersrand and an associate researcher at the Council for Scientific and Industrial Research (CSIR), told the Mail & Guardian that the assessment “has been a long time coming. It’s been obvious that we needed to do this assessment from when the debate started.”

Asked why the assessment – which has a two-year lifespan and a price tag of R12.5-million – is being undertaken while exploration has been given the go-ahead, Scholes said: “To explore to depth to test the viability of the resource, you have to do something that’s close to fracking. That’s not imminent … In practice, I think it’s highly unlikely that there will be fracking-type exploration within the time period of the SEA.”

He said that major reasons for this waiting period are that “the regulations [for exploration] will require a one-year pre-inspection period.

“[Also] this sort of specialised exploration requires equipment that is not in the country, nor the skills.

“It’s going to be close [the time at which exploration will physically begin and when the SEA will be completed], so we need to make sure we’re on time,” said Scholes, who is a lead author on one of the chapters in the Intergovernmental Panel on Climate Change’s fifth assessment report.

“It works by strategic issues,” Scholes said. “Each has a minimum of three experts, but there will be more like five. There will be about 50 authors on the assessment.”

The project team will comprise the CSIR, the South African National Biodiversity Institute and the Council for Geosciences.

This multi-author assessment will subsequently be reviewed by an independent panel.

“This is not something we do often in South Africa. It is usually done behind closed doors with consultants,” Scholes said.

But this assessment will be “open for scrutiny by any stakeholder”. The seasgd.csir.co.za website is up and running, with a description of the focus areas and updates.

‘Custodian group’
Asked whether he thought the government would take the assessment’s comments on board, Scholes said: “It is policy-relevant, not policy-prescriptive.” But “we hope that this [assessment] sets a precedent in that respect”.

The World Wide Fund for Nature’s Saliem Fakir said his organisation is involved as a stakeholder.

“From the environmental side, we think it is the correct approach, allowing for different organisations and interests to try to define and shape the debate of how to monitor fracking – a process [that] should have been done from the beginning, but they’re doing it [now] and that’s the important thing.”

One issue that the interdepartmental task team is unequivocal about, however, is that the shale gas development will not be allowed to affect the Square Kilometre Array, which will be the world’s largest radio telescope whose core will be located in the Northern Cape.

The Covid-19 pandemic has hit the tourism industry hard, making it evident that the protection of biodiversity requires other forms of protection such as stewardship
Read more
Advertising
Continue to the category
National