Lessons from Nigeria on Ebola 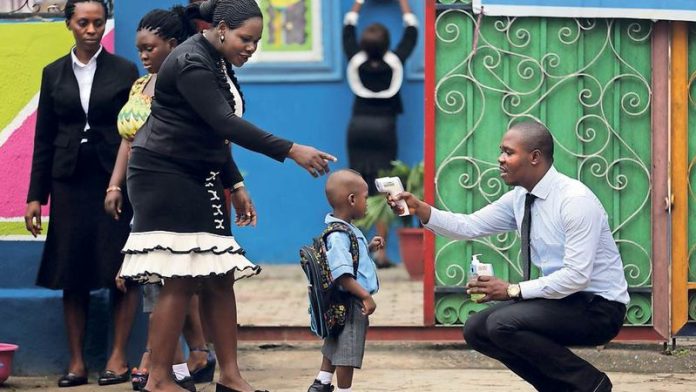 The diagnosis of the first case of Ebola in Lagos, Nigeria, in July last year set off alarm bells around the world. The fear was that it would trigger an apocalyptic epidemic that would make the outbreaks in Liberia, Sierra-Leone and Guinea, where 1 322 cases were reported and 728 people died within five months, pale in comparison.

This fear was justifiable. Lagos has a population of more than 21-million and a population density in built-up areas of about 20 000 people per square kilometre. In some areas it is as high as 50 000/km2.

But within three months, the most densely populated country on the continent had managed to contain the deadly virus with only eight deaths. By October 20, the World Health Organisation declared Nigeria Ebola free. In stark contrast, 14 months after the first case of Ebola was declared in Liberia, the country is only this week celebrating the announcement that it is Ebola free (See story below).

A combination of factors enabled Nigeria to contain the virus in such a short space of time. These included fast thinking on the part of the government, a tried and tested tracking system, pooled expertise and assistance from national and international agencies.

The disease was brought into the country on July 20 by Patrick Sawyer, a Liberian-American financial consultant. Sawyer initially denied exposure to Ebola. He was treated for presumed malaria after suffering from a fever, vomiting and diarrhoea.

Sawyer died five days after his arrival. By then he had triggered a line of exposure. By September, 20 people had been infected, 12 of whom were in Lagos state and eight in Rivers state. Seven more subsequently died.

Response
In the week that Sawyer was diagnosed, an emergency operation centre was set up. At its core was the system Nigeria had developed for its war against polio and lead poisoning. The deputy manager of the polio campaign was brought in to head the Ebola response team and operations were rapidly scaled up.

The success of the system lies in a strong co-ordinating team that supervises house-to-house surveillance. A team of 40 trained epidemiologists and 150 contact tracers was mobilised.

They drew up a list of all Sawyer’s contacts and those of the subsequent Ebola cases. Locations were mapped and hot spots identified. Fifty teams of contact tracers did house-to-house, in-person visits within a radius of each Ebola contact. In total, they visited 26?000 households in Lagos and Rivers states.

Aside from an initial case assessment, the team also managed the data, infection alerts and rumours, and implemented community-based surveillance.

Five other units backed up their work. These included strategy and co-ordination, case management and infection control, social mobilisation, laboratory services and points of entry.

The strategy team co-ordinated the activities of the ministries of health and the international partners, dealt with the media and ensured funding, administrative and logistic support. The social mobilisation team worked on advocacy, dealing with issues of stigma, the psychological and social wellbeing of contacts and the reintegration of discharged patients into their communities.

All ports of entry were monitored. The temperature of everyone passing through airports, seaports and land borders were checked for potential exposure.

The case management and infection control team treated and managed every laboratory-confirmed or suspected case. Their job was also to prevent the infection being transmitted. This involved training health care workers at treatment centres and health care facilities on how to take precautions and set up screening centres. They also focused on ensuring safe burials.

Fortune
Good fortune also played a part in limiting the effect of the Sawyer case. Although he had contact with 72 people in the two days before the virus was suspected, only 20 became infected.

It was also fortunate that Sawyer arrived by plane rather than on congested public transport. If he had travelled by land he would have been in close proximity to a great many more people. Passengers would have got on and off at stops along the way, increasing the risk of exposure significantly.

His diplomatic status was also a major bonus. It meant that he was taken straight to a private hospital by diplomatic staff where he was nursed in a private room and diagnosed by an astute clinician.

It was also good fortune that Sawyer landed in Lagos state which has a disease surveillance system in place and facilities at the federal teaching hospital to make the laboratory diagnosis.

In the hours and days following news of Sawyer’s diagnosis, fear, myths and rumours spread like wild fire. Much of this was fanned by the press. This led to health care workers refusing to treat any bleeding or feverish patients.

The strategy team brought things under control by talking to the media, communities and key opinion leaders. A multi-pronged plan was put in place. Health care workers in communities were given hands-on training about standard precautions and infection prevention. Protective equipment was also made available to health care centres in the communities.

Simple messages were deve-loped that considered the available resources at health care facilities. In some instances, it was as basic as placing a chair at the end of a hospital corridor and cordoning off an area so that suspected cases could be isolated from other patients.

There was also a concerted effort to educate the media and to keep people informed. Daily briefings on patient recovery helped reduce fear.

Despite the tragedy, the Ebola outbreak proved how important it is to rapidly respond to an outbreak with a unified plan, backed up with expertise, manpower and a health system with effective infection controls.

But equally important was the lesson in national unity evident in the unprecedented co-operation between the Nigerian public and private sectors, teaching hospitals, universities and volunteers. It was a huge team effort led by Nigerians assisted by the international agencies. Nigeria proved the pundits wrong.

Folasade Ogunsola is a professor of clinical microbiology at the University of Lagos. This article appeared on theConversation.com

Health experts have declared Liberia to be free of the Ebola virus.

The World Health Organisation (WHO) announced on Saturday that the country had had no new cases of the disease in the past 42 days.

Ebola killed more than 4 700 people in Liberia, which was the nation worst affected by the disease’s dramatic emergence in West Africa last year.

The outbreak, which reached its peak in August and September, brought nightmare scenes to the nation and its capital Monrovia: gates were locked at overflowing treatment centres, patients died on hospital grounds and bodies were sometimes not collected for days.

At one point, virtually no treatment beds for Ebola patients were available anywhere in the country, the WHO revealed. Flights into and out of the country were cancelled; fuel and food ran low; and schools, businesses, borders, markets and most health facilities were closed. Fear and uncertainty dominated the national mood.

However, a strong community response backed by global aid has combined to combat the disease, according to the WHO. Health teams moved from village to village, challenging chiefs and religious leaders to implement a response.

The response appears to have worked, although the WHO also noted that it came at some cost to the nation’s health service. A total of 375 medical workers were infected and 189 died of Ebola during the outbreak.

On Saturday, Liberia’s president, Ellen Johnson Sirleaf, told the BBC: “We will celebrate our communities which have taken responsibility and participated in fighting this unknown enemy and finally we’ve crossed the Rubicon. Liberia indeed is a happy nation.”

In its statement, the WHO said Liberia’s last case was a woman in the greater Monrovia area who developed symptoms on March 20 and died seven days later. The source of her infection remains under investigation but 332 people who may have been exposed to the patient have been identified and closely monitored. None have developed symptoms and all have been released from surveillance.

The WHO said health officials had continued to search for new cases in Liberia. During April, the country’s five Ebola laboratories tested about 300 samples every week. All test results were negative.

By contrast, Guinea and Sierra Leone reported cases of the disease over the past two weeks.

The WHO has recommended that Liberia maintain an additional three months of “heightened surveillance” for Ebola because of the continuing outbreak across its borders and because of the possibility that Ebola could re-emerge via sexual transmission from survivors.

The critical issue for Liberia now is the reaction of foreign companies. Many fled during the outbreak and left the nation’s economy badly dented. British Airways and other airlines stopped flying to Liberia, for example, and have still not resumed services. – Robin McKie @ Guardian News & Media 2015