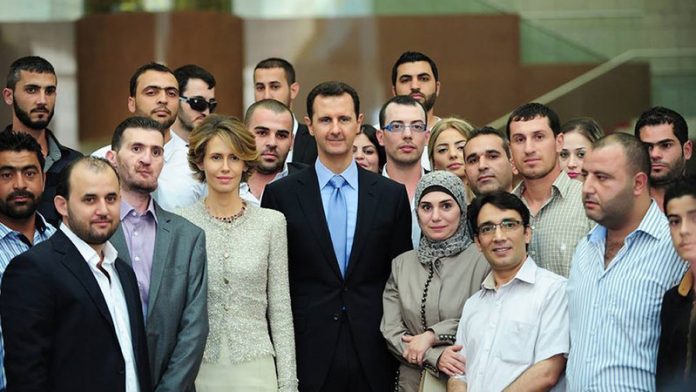 A three-year operation to smuggle official documents out of Syria has produced enough evidence to indict President Bashar al-Assad and 24 senior members of his regime, according to the findings of an international investigative commission.

The prosecution cases against the Syrian leaders focus on their role in the suppression of the protests that triggered the conflict in 2011. Tens of thousands of suspected dissidents were detained and many of them were tortured and killed in the Syrian prison system.

The evidence has been compiled for the Commission for International Justice and Accountability (CIJA), made up of investigators and legal experts who formerly worked on war crimes tribunals for the former Yugoslavia and Rwanda and for the International Criminal Court (ICC).

They worked with a team of 50 Syrian investigators who have carried out the dangerous task of smuggling regime documents out of the country. One investigator was killed, another severely wounded and several have been detained and tortured by the regime.

The commission is funded by Western states, including Britain, the United States, Germany, Switzerland, Norway, Canada and Denmark, and the European Union.

Infighting
The evidence has been collected and prosecution cases have been prepared in anticipation of a war crimes tribunal being established in the future. Russia has used its United Nations Security Council veto to block any investigation of the Assad regime in the ICC or the creation of an ad hoc court for Syria. But a string of recent military setbacks and infighting in the upper echelons of the Syrian government have increased the chances that Assad could eventually fall and his regime be brought to justice.

The CIJA is currently investigating the conduct of the war by both the regime and extreme opposition groups, but it has already completed the preparation of three prosecution cases. The first focuses on the institution at the top of the regime’s chain of command, the Central Crisis Management Cell (CCMC), and names, among others, Assad, Mohammad al-Shaar, the minister of the interior, and Mohammed Said Bekheitan, an assistant secretary of the Ba’ath party and the head of the CCMC in the first six months of the operation, from March to the end of September 2011.

The second case centres on the organ directly beneath the CCMC, the National Security Bureau, which includes the heads of the four main intelligence and security agencies.

The third case involves the Deir ez-Zor security committee, chaired by the provincial head of the Ba’ath party, which also controlled the intelligence agencies in the neighbouring Raqqa governorate.

The other 22 officials named in the CIJA prosecution cases have not been revealed publicly.

Earlier inquiries have implicated the Syrian regime in war crimes, including a UN commission in December 2013, which found that “the evidence indicates responsibility at the highest level of government, including the head of state”.

But the head of the CIJA, Bill Wiley, said its work was distinct as it had produced legal briefs, including a summary of the facts, supporting evidence and applicable law, essentially ready to go to court.

The CIJA’s findings are based primarily on captured documentary evidence. In its headquarters in a Western capital, which cannot be identified for security reasons, it has accumulated half a million pages of orders and reports sent up and down the chain of command from the CCMC to the governorates and districts, ordering mass arrests and detentions for offences as nebulous as “discussing the events in a negative manner”.

The CIJA has a team of investigators in each governorate, who have sought to collect paperwork from the regime’s military, security and intelligence agencies, usually after government buildings have been abandoned or seized by opposition fighters.

The documents then have to be smuggled out, often through checkpoints controlled by the army or by extremist opposition groups likely to detain or kill anyone found working for a Western organisation.

A separate investigation into war crimes committed by extremist opposition groups relies more on insider witness testimony as well as analysis of publicly available material, including propaganda and witness videos, more than 470?000 of which have been downloaded and archived by the CIJA. They are being analysed and annotated by Syrian refugees working for the commission.

Several Western judiciaries have contacted the CIJA seeking support for prosecutions on both sides where there is a local link to a suspect. But a comprehensive accounting of regime conduct will most likely have to wait for a change of government in Damascus or a change of heart in the Security Council. – © Guardian News & Media 2015