A Bullet in the Back by Nigel Fox 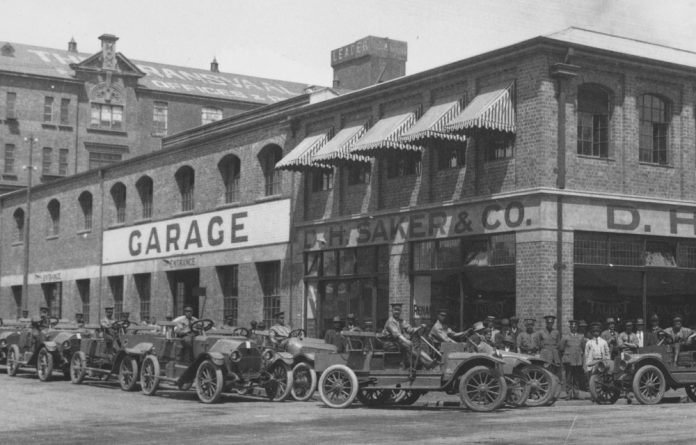 In 1914, what is considered by some to be South Africa’s first civil war started with the unlikely death of Boer general Koos De la Rey. He was accidentally shot in the back by an English policeman working his second shift for the day, who thought he was firing at armed robbers. De la Rey was hit by a richocheting bullet aimed at the tyres of the vehicle in which he was travelling.

But the death was the final kindling on the fires of rebellion that had brewed in Boer hearts after the Peace Treaty of Vereeniging ended the Second Anglo-Boer War (now known as the South African War).

The conflict is seen through the eyes of HD Saker and Harm Oost, both also historical characters, if lesser-known. Another lesser-known is the role in the fight of motorised military vehicles – think machine gun mounted on a Jeep rather than tank – and this is where Fox focuses his attention.

He tells the true story of how Saker, founder of Saker’s garage in Johannesburg, converted sedan vehicles belonging to members of the Johannesburg Automobile Club into military vehicles for use against the mounted Boer guerrillas.

Although his ingenuity in transforming luxury cars into transport that could traverse the South African bushveld is clear, Saker doesn’t come across as a sympathetic character. His sheer ambition leaves a foul taste in the mouth as the reader realises he has little regard for human life.

Fox captures the rank bitterness about the treatment of Boer women and children in Lord Kitchener’s concentration camps and under his Scorched Earth policy – and its continuing influence in the Rebellion – by telling part of the story through the eyes of Harm Oost.  Oost was the founding editor of the pro-Boer mouthpiece Het Volk newspaper (not to be confused with Botha’s political party of the same name), and served as De Wet’s secretary and head of his bodyguard.

He was also one of the few De Wet supporters who remained literally by his side all along, until De Wet’s capture, helping him come to terms with the death of his son Danie during the Rebellion, and generally taking notes of events and meetings. The greater arc of the story encompasses a group of British Joburg-based car owners, under Saker’s direction and accompanied by the Union Army, chasing De Wet and his troops across South Africa.

Ultimately, motorised transport that carries its own fuel and spares and is driven by owner-mechanic-drivers runs to ground horses and riders that need food and water. De Wet is captured and sent to jail, Saker goes home having shown the value of machine guns mounted on sedans in fighting cavalry, and South Africa joins World War I on the side of Britain, not Germany.

A Bullet in the Back is the first in a planned series of South African historical novels by Fox, and sets him up as the writer of well-researched and easy to read books. Fox makes the characters very believable, and has given them a fictional voice that rings true – probably due to fanatical research, which included writing to every Saker in the phone directories of Gauteng and the Eastern Cape.

“There are 10 years of research in the book,” says Fox. “I found quite a lot of contemporary writing, such as a monthly column in the SA Motorist from a driver mechanic who was with HD Saker, chasing De Wet. He was very colourful. Harm Oost’s book, Wie is die Skuldiges?, was rich in detail and personal information. Oost added a lot of detail to the events from the rebels’ side and revealed quite a lot about how they suffered for their convictions.

Hider Saker was a much more opaque character with little available information about him, but there was enough to construct his character. The two of them made perfect antagonists, neither of them particularly military but thrust into a bitter civil war.”

If there is one criticism of the book for a modern-day South African audience, it is that the main characters are all white.

When asked about this, Fox says: “This was very much an internecine conflict based on political and international issues that only affected the white population. In all my research, the only black participants I came across were a farm worker who guided De Wet to a crossing over the Vaal River and another who reported Oost’s whereabouts to the government forces. The rebels, the permanent forces such as the Cape Mounted Rifles and the Active Citizen Force were all composed only of whites.”

This is not a book of surpassing literary value, but it is decently written and makes for a relaxing, quick read with a history lesson thrown in for fun.