A book should wear its talent on its (jacket) sleeve 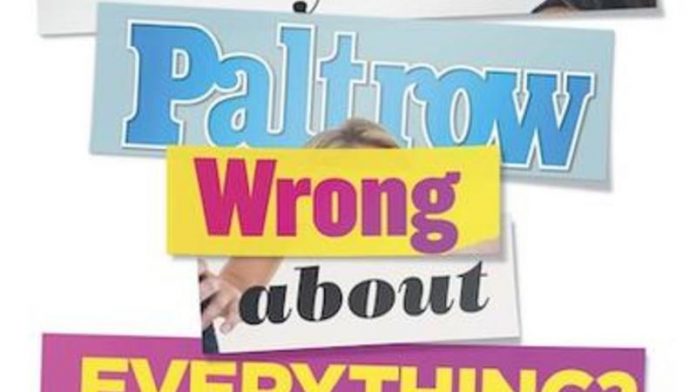 We are at what seems to be a low point in the history of book titles. Good titles are hard to find, but they make all the difference. Take Timothy Caulfield’s new book, Is Gwyneth Paltrow Wrong about Everything? On the strength of the jacket blurb, I would not be overly interested in reading it. But that title makes me want to grab it with both hands. I can’t say that about many books these days.

There are those that try too hard; Dave Eggers’s wilfully obscure What Is the What, for example, or Joshua Ferris’s bleedingly postmodern Then We Came to the End. (I know it’s the opening line from Don DeLillo’s Americana, but still). Others are overly long and overly self-conscious, for which Kiran Desai has, for the past 15 years, held the title with her novel Hullabaloo in the Guava Orchard.

Some are achingly figurative. There is altogether too much water in literary fiction titles, that and the use of other elements to suggest a timeless, mystical quality to the manuscript – see the Booker long-listed History of the Rain or The Memory of Water or Water for Elephants or The Shadow of the Wind or The Light between Oceans or Cutting for Stone – all of which, as titles, strike me as essentially meaningless. (Although I do like Jonathan Coe’s The Rain before It Falls. Coe is good at titles – see also his 1994 romp, What a Carve Up!).

The brilliance of a book can sometimes be signalled by the dullness of its title, the author’s confidence in his or her material advertised by their unwillingness to seduce the reader in advance. Fathers and Sons is a great book, which may have seemed less so had Ivan Turgenev panicked and called it The Nihilist’s Dilemma or The Revolutionary Botany Club of St Petersburg.

Likewise, Anthony Trollope’s bald utilitarianism suggests a certain bracing confidence in the story to follow, one accompanied by a slight smirk.

An anomaly in literary fiction
He Knew He Was Right, the English writer’s novel of 1869, finds its echo in titles such as Allison Pearson’s I Don’t Know How She Does It and Karen Joy Fowler’s most recent novel, We Are All Completely Beside Ourselves, a title that for some reason makes me laugh out loud.

The Fowler book is an anomaly in literary fiction, in which whimsy abounds and books such as Anthony Doerr’s All the Light You Cannot See – a Pulitzer winner, no less – wears its soggy sensitivity on its sleeve, or rather, its jacket cover.

And at the other end of the scale, there are Jonathan Franzen’s mighty abstract nouns: on the heels of his 2010 novel, Freedom, the forthcoming title, Purity, which on its publication later this year raises the hope that he will one day publish a novel called Flux (a title under which all novels could essentially be published) and be done with it.

These trends also depend largely on what country you’re in. Stick the word “American” at the front of any noun and you have an instant state-of-the-nation hit in the United States, irrespective of genre or medium. Consider, over the past 10 years or so, the success of American Sniper, American Pastoral, American Beauty and American Psycho. (I am trying to persuade my nanny to write a book about her 27 years of looking after other people’s children and call it American Baby Nurse.)

It’s when you try these titles out with “British” at the front that you discover something about the relative self-image of the two countries. (Seriously, British Sniper sounds like a vehicle for Rowan Atkinson).

The Gwyneth Paltrow title works because it is bitchy and fun and gets to the point, as the best titles do, and because it avoids the worst of the publishing industry’s most recent clichés.

Think about it: if Turgenev was writing today, he would doubtless be under pressure from his publisher to win more women readers by calling his novel The Landowner’s Nephew. – © Guardian News & Media, 2015

Why no vaccine at all is better than a botched vaccine

Pandemic rules were used to justify a violent raid on a homeless shelter in Uganda, but a group of victims is pursuing a criminal case against the perpetrators
Read more
Special Reports

Many companies have over-capitalised on IT infrastructure in the past, and are looking for ways to access simpler, cheaper technology that cuts their costs
Read more
Advertising