Race ‘science’ resurfaces but not all is black and white 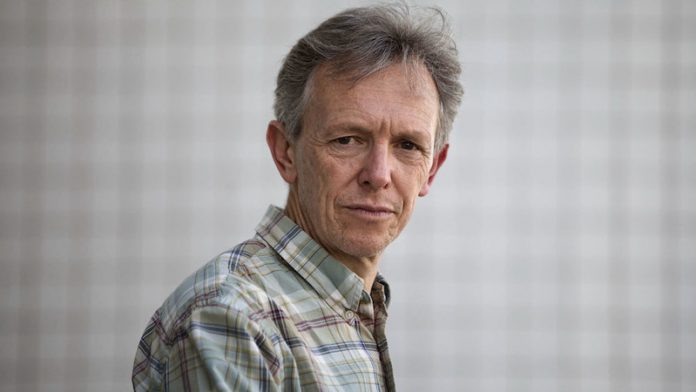 “The problem with Africa is that Africans don’t know how to do technology. Go look up race and IQ and you’ll see that I’m right.” An engineering professor, based at a foreign university, told me that in 2011. It was the first time I met an overt scientific racist.

Gavin Evans, journalist and author of Black Brain, White Brain: Is intelligence skin deep?, is more au fait with scientific racism, having grown up and worked in apartheid South Africa, where “science” was used to justify white superiority.

“There has been a revival of race science” and people using “science” to claim that some races are more intelligent than others, Evans says in an interview. In his book, he quotes Richard Lynn, a British professor of psychology, who wrote in 2006: “The races that migrated into the temperate and cold environments … evolved greater intelligence to survive in these cognitively demanding climates. To accommodate this enhanced intelligence they evolved larger brains.”

In 2015 people are again reviving debate that there is a racial basis for intelligence – the same sentiments that were expounded in Nazi Germany and in apartheid South Africa. “You’d think when apartheid came to an end in 1994 that this thing would be dead,” Evans says, “but no.”

“People [claiming to be scientists] say that the reason that poor people are poor is because they are unintelligent, and the reason … that there are more poor black people is because [blacks] have lower IQs and IQ is [an] innate [characteristic],” he says.

In Black Brain, White Brain, Evans lays out the reasons he believes science does not support the idea that intelligence is determined by race, with an impressive list of scientific references and interviews to back up his rationale.

Three major flaws
He points to three major flaws in the thinking of “race science”: misunderstanding the origins of modern humans, ignoring the history of ancient African civilisations and using IQ to measure intelligence.

Human origins are a linchpin in the “whites are smart, blacks are stupid” hypothesis. The reasoning, according to Lynn and others, is that, although the first people came from Africa, they migrated north and when they encountered these climates they became more intelligent to cope with the cold weather and the planning that surviving winter required.

But a cave in the Blombos Nature Reserve on the Southern Cape coast tells a different story: scientists have found tools, paints and artwork dating back between 70 000 and 100 000 years, showing our first known record of modern human behaviour.

This innovation, planning and creativity predates the records found in more northerly climates, rather than these characteristics only appearing in humans after a migration north.

“We have been fully human in every sense, including cognitive potential, and in all our immense creative and destructive glory, for far longer than is generally assumed,” Evans writes.

The view that African people were left behind in the cognitive leap has been bolstered by bowdlerised and forgotten histories.

Evans quotes Scottish philosopher David Hume, who lived in the 18th century: “I am apt to suspect the Negroes and in general all the other species of men … to be naturally inferior to whites. There never was a civilised nation of any other complexion than white …”

This opinion is unfortunately not confined to the 1700s: it has been repeated extensively by the likes of Lynn and even in 2013 by British politician Gregory Lauder-Frost. But history shows that it is entirely incorrect, with many examples of large and powerful African kingdoms such as Mapungubwe, whose trade routes extended to China, and the kingdom of Nubia, which lasted in one form or another for 5 000 years.

But how does “race science” differ from “science”?

“Race science is the generic term for all that stuff about IQ … and different population groups having different innate abilities. That’s ‘race science’,” Evans says.

“Science is something very different – race science is [either] not scientific or it’s bad science … both in terms of genetics and in terms of what IQ means … and misreading [the] archaeological record,” Evans says.

Suspicious of IQ
The apartheid government was a strong proponent of IQ tests and Evans relates an anecdote about when, as a child, he first became suspicious of IQ as a measure of intelligence: “I read that my hero, Muhammad Ali, had an IQ of 78 – borderline moronic in the language of the time. I’d heard that people with IQs below 80 went to special schools and could only manage the most basic conversations,” Evans writes. “But Ali had a wonderful way with words, his doggerel was funny and clever, his magic tricks were sharp and he could more than hold his own in debates …”

Many critics deride the use of IQ to measure intelligence, and Evans is one of them. “Intelligence is an amorphous concept. We have a number of different forms of intelligence,” he says. A more holistic measure of intelligence would include a range of aptitudes such as “artistic, practical, emotional, abstract logic, and so on, rather than a single number for intelligence”.

“What IQ measures is your ability to cope with abstract logic. There is a close correlation between IQ and certain forms of academic achievement [such as] maths and science.” He argues that this ability is not innate because, while there is a genetic component, a person’s IQ scores are strongly influenced by their environment.

This environmental link is ignored by race scientists, who argue that a person’s IQ is inextricably linked to race and that a person cannot change that. This, it would seem, is patently false.

“The fact that there is a correlation between poverty and IQ doesn’t mean that IQ causes poverty,” Evans says. “Another way of looking at it is that poverty causes low IQ and there’s no doubt about that.”

A person’s IQ development begins in the womb, Evans says. “In utero, if the mother is drinking alcohol, it will affect the baby’s IQ [in the same way as] drugs, violence, trauma, higher stress and cortisol levels [a stress hormone]. “Once the child is born, the factors are more prevalent,” he says, pointing to children who are adopted. “[If poor] children are adopted into a working-class family, IQs go up a bit. When adopted into middle-class families, they go up a little bit more; upper-middle-class or wealthy families, their IQs go up a bit more.”

Perhaps a pertinent example cited in Black Brain, White Brain is the Carnegie Corporation-funded investigation into the “poor white problem in South Africa” in 1928. Academics administered IQ tests to more than 16 500 children, 20% of them poor whites. The study found that “poor white IQs were lower than average, which was awkward at a time of rising Afrikaner nationalism … [The] report stressed deprivation and loss of racial pride [as factors influencing poor white children’s test scores] … Throughout this period there were liberal scholars who questioned the hereditary assumption behind low test scores for black children, pointing to poor education, living conditions and nutrition,” Evans writes.

Genetics
But perhaps the biggest stick being swung by race science is the search for intelligence in genetics. This stick was possibly enlarged by the racist comments by James Watson, co-discoverer of the structure of DNA and 1962 Nobel prize-winner: “[I am] inherently gloomy about the prospect of Africa [because] all our social policies are based on the fact that their intelligence is the same as ours – whereas all the testing says not really.”

Scientists do not doubt that there is genetic variation among population groups: there is a growing body of “genetic markers” that point towards disease susceptibility, or even the way that a person will respond to medication. There have also been attempts to find a link between genetics and a person’s intelligence, some more publicised than others.

“The human population has continued to evolve in different ways,” Evans says. He cites skin colour (lighter skin is able to absorb more vitamin D from the sun), sickle-cell anaemia (protection against malaria), lactose tolerance and diseases such as Tay-Sachs among certain Jewish populations.

“Almost all of these involve single gene mutations … There is no [single] gene for intelligence, and we’re probably talking about a network of thousands of genes [in comparison to] a single gene mutation. You’re not comparing like with like,” Evans says.

The human brain is one of the most complex organisms we know of, a super-computer with about 86-billion neurons. Billions of dollars are spent on trying to understand it.

In a lecture to an audience at University College London in 2002, geneticist Craig Venter, the sequencer of the human genome, said: “There seems to be a deterministic way of thinking about genes, both in the United Kingdom and the United States. Maybe it’s because of press reports of a gene for this and a gene for that. But any geneticist worth their salt will tell you that genes do not account for everything.”

Or, perhaps in a pithier phrase, Venter has said: “My view of biology: we don’t know shit.”

And yet genetic determinism seems to play a large role in the “race science” revival that Evans writes about. “After World War II, racist science, which had been pervasive before the war … died out for a while … People finally realised what eugenics was and [that] eugenics led to the Holocaust,” he says.

This revival in race science seems to come in waves, with the US, Canada and Britain seeing a resurgence in this kind of thinking.

Asked if South Africa had been too brutalised by the race science of apartheid to consider picking up the mantel, Evans says: “I would think South Africa is too burnt. In a sense, that is a good thing because we wouldn’t want to see these kinds of ideas coming out … [without] a vigorous response [to them]. Whether this happens again in South Africa, I don’t know. I kind of hope that things are moving in the opposite direction.”