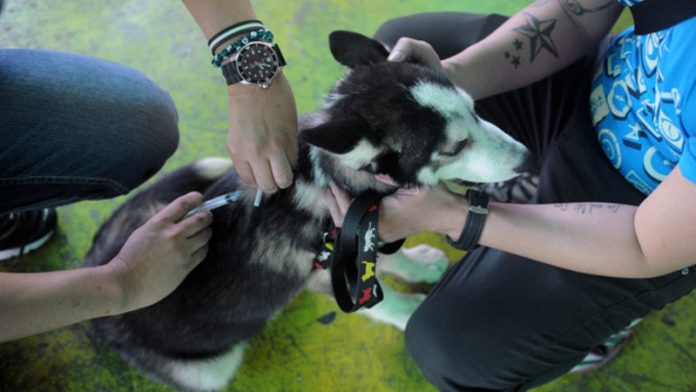 Human evolution has been inextricably linked with our interactions with animals. Whether for food, transport or security our species has depended on other animals for millennia. But this close relationship also comes with threats. Animals or their products have been the source of about 75% of new human diseases to appear in the 21st century so far. The sudden emergence of high-fatality diseases such as Sars (severe acute respiratory syndrome), avian influenza (bird flu) and MERS-CoV (Middle East respiratory syndrome coronavirus) in recent years rightly dominated headlines worldwide and prompted mobilisation of resources.

Yet, despite being possibly the oldest recognised disease spread to humans from animals, rabies rarely makes the news. This dog-transmitted disease – first recorded centuries ago as a terrifying way to die – continues to be a silent daily disaster for many of the world’s poorest and underserved people.

There is no cure for rabies once symptoms develop. Bite victims invariably die a slow and painful death. A disproportionate number are children, those most likely to innocently play with an infected dog. There is a window of time between being bitten and developing symptoms when post-bite treatment can work. But this requires awareness of what needs to be done and the ability to access prompt and affordable treatment, an impossibility for many of the rural poor. As a result, most victims die at home.

Since so few rabies cases ever reach health facilities, health experts have long suspected that official reports seriously under-represent the true death toll. A recent study puts the figures even higher than feared – at least 160 people every day. Nearly 40% of these deaths are in Africa alone – more than 20 000 persons annually – just from reported cases. In South Africa, the death rate is estimated to be five to 20 confirmed per year, though many cases are thought to go undiagnosed and un-recorded.

The tragedy is that these people are dying needlessly. Rabies is 100% vaccine-preventable in animals and humans. Research shows that rabies can be eliminated from the human population once 70% of dogs are vaccinated, effectively stopping the disease at source.

By far the most effective way approach is mass-vaccination of dogs, coupled with health interventions, including raising community awareness.

This approach needs strong coordination between the veterinary and health sectors at all levels, professional and political. But health bodies may consider that interventions need to be led by their veterinary counterparts who, in turn, may regard controlling dog rabies a lower priority than livestock health and production. This weakness, compounded by factors such as lack of investment and low political will, allows rabies to flourish.

Despite these seemingly overwhelming obstacles, senior health experts are now convinced that elimination of rabies worldwide is possible. Their confidence stems from a ground-breaking project in KwaZulu-Natal. Until only recently, KwaZulu-Natal had been plagued by dog rabies for decades and was home to 80% of South Africa’s human cases of the disease. Then in 2009 a small village initiative linked vets, medics and the community to fight the common foe. Local “champions” were trained and supported to vaccinate dogs, provide post-exposure prophylaxis to bite victims and raise community awareness. The project spread to reach the entire province of 10-million people. The impact reduced the recorded death rate from 29 per year in 1995 to zero in 2014, during the process more than three million dogs have been vaccinated since the beginning of the project in 2009. In the past two years there have been no human deaths from rabies in KwaZulu-Natal.

The project’s successes have extended further – stopping importation of the disease into the province and building momentum within other provinces and neighbouring countries. Prevention is itself infectious. Kenya and Namibia have recently launched national strategies. Swaziland and southern Mozambique have made progress with a sister project in Tanzania. Many organisations are getting on board – not just because rabies control is a worthy cause but also because it is now demonstrably possible.

Based on this experience, the World Health Organisation’s Strategic and Technical Advisory Group for Neglected Tropical Diseases has announced that, with increased investment and country support, global rabies elimination is now feasible. Africa stands ready to take up this challenge: the first Pan-African meeting for rabies control in Johannesburg next month will launch a continent-wide strategy.

But consider this: thanks to the efforts in KwaZulu-Natal, countless children and adults have been spared an agonising, premature death from this wholly preventable disease. The rest of the world deserves the same. The response to emerging diseases this century, such as avian influenza, has shown that the world can mobilise effectively against new disease threats of animal origin. Surely the elimination of rabies, our oldest animal-borne scourge, is also worthy of investment?

In Tanzania, a new weapon in the war on rabies: mobile phones

Don’t smoke it, put it in a pill