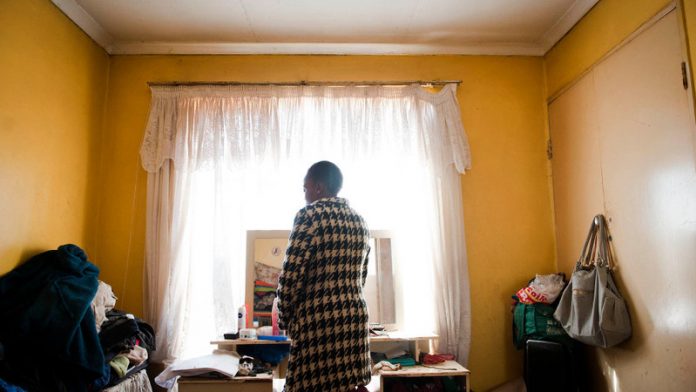 When Nozuko broke up with her partner and father of her two children, she spent more than six months asking him to pay maintenance.

“The winter came and went and the worst part of it is that I was not working,” says Nozuko, who did not want to give her real name.

As to why her partner relinquished responsibility, Nozuko (34), who lives in Vosloorus, east of Johannesburg, and is unemployed, speculates that “the aim was to see me suffer and get back at me but, in the end, the children got hurt”.

She says that when she eventually approached the Boksburg magistrate’s court with the necessary documents, it took only a few weeks for the court to order her estranged partner to pay for school fees and transport, plus an additional R600, giving a total of R1 000.

According to the 2011 census, more than 48% of children in South Africa live with only one parent and more than 90% of maintenance defaulters are men.

Understaffed courts
Although reliable statistics are hard to come by – there is no central database – activists and lawyers say magistrate’s courts dealing with maintenance issues are usually understaffed and the staff poorly trained. They say the new maintenance legislation should help address these backlogs, but staffing problems remain.

Nozuko says the type of service one receives “depends on the efficiency of the person handling your case”. For example, she did not have a bank account at the time so her ex-partner was ordered to make cash payments directly to the court, where she would collect the money. But she was not aware that she could request a stop order to ensure he made his payments regularly.

After a dispute over the paternity of one of the children, Nozuko says the father did not make regular payments, begrudgingly contributing to the upkeep of the child that a test revealed to be his. “He would still support the child sporadically, but I didn’t press the issue because I didn’t want to antagonise him,” she said. “I felt like it would drag on and I wouldn’t get any support in the end.”

At the moment Nozuko is relying solely on a government child support grant because her former partner is unemployed. She says she is inclined to believe him because “I see him around the township every day”.

Nozuko’s case is emblematic of the frustration that many parents seeking maintenance orders have to endure.

Clause 11, which specifically seeks to blacklist offenders, has been contentious because it is seen as a punitive measure that might disadvantage parents meant to provide maintenance.

Mpapa says the government could use other state agencies, such as the South African Revenue Service, to help trace defaulters who are self-employed. The amendment Bill states that the government will collaborate with cellphone companies and Telkom to track down defaulters.

System in disarray
Although help is on the horizon, the Lund Committee Report on Child and Family Support – a comprehensive research document released in the 1990s that looked into viable social security options for South Africa – characterised South Africa’s private maintenance system as being in disarray.

For instance, it describes how at one Johannesburg court, maintenance officers interviewed women and men separately before calling them together for negotiations. The suggestion was that this offered an opportunity for the defaulter to pay a bribe to the officer.

The report says that one of the problems plaguing the child maintenance system is that many of its practices are not standardised, such as how to determine reasonable costs for raising children. This is usually left to the maintenance officer to determine. This discretionary approach encourages dishonesty on the part of the person responsible for the payment, pushing many awards to an unacceptably low level.

Early on in the post-apartheid dispensation, there were moves to decentralise and dismantle certain computerised and networked systems, meaning maintenance payments had to be made at individual magistrate’s courts.

Partly as a result of this, statistics on maintenance cases are scattered because not all courts keep them, and available payment options vary.

“We have had a reasonable Maintenance Act since 1998, but most of the courts are not functioning as they should. If the maintenance clerks, maintenance officers and investigators are not properly trained on the provisions of the Act and are overworked, then they are not going to be able to properly assist maintenance complainants.”

Smart says there seems to be political will to address the issue and yet staffing problems persist.

In Parliament, the Bill has been contentious. The Democratic Alliance accused the ruling party of capitulating to a persuasive Cosatu lobby that argued against the inclusion of clause 11 before bowing to pressure and reintroducing it.  In its submissions to the portfolio committee on justice and correctional services, Cosatu argued against blacklisting, saying it would affect not only the child but also “the siblings who are dependent on the defaulter”.

“Since March, there have been so many submissions to the portfolio committee on justice, people urging that partners can collect money without collapsing the other’s ability to get credit. Since 1994 you can’t go to prison for owing money, but blacklisting still prevents [people obtaining] credit. We were trying to find the balance.”

Parliamentary process
John Jeffery, the deputy minister of justice and constitutional development, denied the DA’s accusation, saying: “The Bill came from the ANC-led executive with those provisions [concerning blacklisting] already in it. There were concerns about whether that approach was the best one, but the parliamentary process involves debate. I think it’s mischief-making by the DA that they would have a picket in Parliament in support of those provisions.  When concerns were raised, they decided to march off and organise a picket in Parliament.”

Although the DA picketed in Parliament, “protested in every town” and generally framed the debate in the punitive language of going after irresponsible fathers, DA justice spokesperson Werner Horn seems aware that the problems with the maintenance system extend beyond that.

“The court system is inefficient, underfunded, the staff are not well trained and the arrangements are not realistic,” he said.

“We need to shake up the system in the courts. It is still the women who have to be victims and it costs them in pay, work and transport.” – Additional reporting by Laure Delacloche