Why the US can take Fifa to court 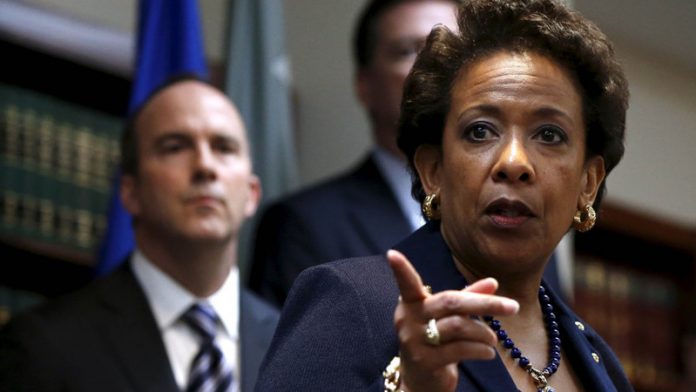 It wasn’t exactly extraordinary rendition. But when Swiss police arrested seven Fifa officials for extradition to the United States, there were some echoes of the secret terrorism arrests.

Football is a global game and it matters more to almost everyone else than to Americans. So why is the US acting as the international sheriff and rounding up non-US citizens to try them domestically for corrupting the sport worldwide? And, more to the point, why is this legal?

It turns out the legal basis for the Fifa prosecutions isn’t all that simple or straightforward – and therein lies a tale of politics and sport. The prosecutions are being brought under Rico, the Racketeer Influenced and Corrupt Organisations Act of 1970, which was designed to prosecute crime syndicates that had taken over otherwise lawful organisations.

Roughly speaking, the law works by allowing the government to prove that a defendant participated in a criminal organisation and also committed at least two criminal acts under other specified laws, including bribery and wire fraud. If the government can prove that, the defendant is guilty of racketeering and qualifies for stiff sentences, the seizure of assets and potential civil liability lawsuits.

The first and most obvious problem raised by the Fifa arrests is whether the Rico law applies outside the US, or “extraterritorially” as lawyers like to say. Generally, as the Supreme Court has recently emphasised, laws passed by Congress don’t apply outside the US unless Congress says so. Rico, on the face of it, says nothing about applying beyond US borders. So you’d think that Rico can’t reach conduct that occurred abroad, where much of the alleged Fifa criminal conduct appears to have taken place.

But, in 2014, the US Court of Appeals for the Second Circuit held that Rico could apply extraterritorially – if the separate criminal acts required by the law, known as “predicate acts”, violated statutes that themselves apply outside US borders. The court gave as an example the law that criminalises killing an American national outside the US. That law clearly applies abroad, the court pointed out. And it may function to define one of the predicate offences under Rico. Therefore, Rico can apply abroad.

Presumably, the department thinks it has the evidence to do this. When the arrests became public, the government also announced that it had guilty pleas from four individuals and two corporate defendants who are part of the same enterprise, as defined by the government’s indictment. These defendants almost certainly must have agreed to testify against the others in exchange for lighter sentences.

The US’s claim is that Fifa – as well as Concacaf, the North American soccer body that has its headquarters in Miami – took bribes from sports marketing companies to give them access to the tournaments that are the main source of revenue for the organisations. The sports marketing companies were the intermediaries that sold tournament rights to television and radio broadcasters, and to advertisers. In a process going back to 1991, the government alleges, the defendants “corrupted the enterprise”, transforming Fifa into a criminal entity.

It’s been a more or less open secret over the years that Fifa was corrupt in the ordinary, nontechnical meaning of the word. Perhaps – just perhaps – fans will be pleased or relieved that someone has taken on the task of cleaning up the mess.

The department of justice is entitled to prosecute crimes under its jurisdiction. But that doesn’t mean it always should. There’s no doubt that Fifa needed to be cleaned up. But it’s far from clear that US global interests are served by doing it the American way – with courts and long prison terms. – © Bloomberg