The Muffinz: Airplay is still a struggle 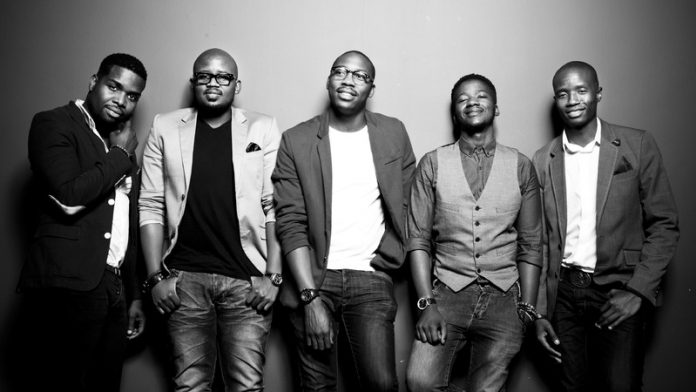 “It doesn’t get any better than this,” says Sfiso Buthelezi of the renowned local group The Muffinz. The band is catching up with me in Auckland Park, Johannesburg ahead of their performance at the DStv Delicious International Food & Music Festival on June 6.

With their second studio album, Do What You Love, done and dusted, The Muffinz brotherhood says they are now stronger than ever. The five-piece band of young vocalists and instrumentalists has mastered the art of wowing international audiences with their infectious sounds. Having met each other in social settings, the band states that singing is what brought them together.

“We are so honoured to have this platform to perform in Joburg. It’s such a fitting occasion. It doesn’t get any better than that,” says band member Buthelezi about the show’s bill, which they will share with queen of funk Chaka Khan, Grammy award-winning Masters at Work producer and deejay Louie Vega, and music bands Shakatak and Drizabone.

Their March release, Do What You Love, follows the award-winning Have You Heard (2012) album, which saw them perform in New York, Norway, Algeria, Congo and Mozambique, just to name a few. The new album also features collaborations with artists Josh Meck, Lebo Mashile and legendary musician, Oliver Mtukudzi, who the band admire and think highly of.

The Muffinz credit their success to their ability to work together as a one united band, knowing that music is their primary focus. But with every good thing there are negatives and The Muffinz believe that one of their biggest challenges is the lack of airplay by local radio stations.

We are worthy and deserving
This is an outcry by numerous South African artists. Music acts such as Black Coffee, Nothende and Shimza took to Twitter earlier this year to voice their dissatisfaction over this matter – engaging with Arts and Culture Minister Nathi Mthethwa in the process.

“Millions of rands leave South Africa to other countries in royalties. That is money that should be invested in local talent; money that is rightfully ours as local artists. We seldom get airplay; we always have to fight to prove that we are worthy and deserving,” says Buthelezi.

“Radio plays more foreign western music than it does play local music. Twenty-one years into democracy and we are still held in a colonial way of how we see ourselves. We have to seek validation like we are still a colonised people. Our music is great but getting airplay is always a struggle.”

Despite this, The Muffinz say they will continue to make music and believe they have found themselves with Do What You Love, unlike with their first album where the band says they had to spend time discovering who they are and the world around them.

The Muffinz are performing at the 2015 DStv Delicious International Food & Music Festival presented by Nedbank at the Huddle Recreation Park in Linksfield, Johannesburg on June 6. Visit deliciousfestival.com for more information