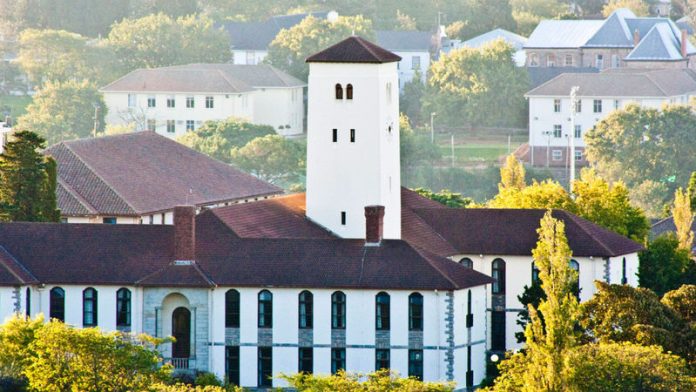 Rhodes University has finally decided to fling open the doors to discussion around the future of its name, after mounting pressure from students reached a head last month.

An May 11 press release by the university said its Institutional Forum “recommended … an engagement with all university constituencies and stakeholders including students, academic and support staff, unions, alumni, convocation, senate, board of governors, council and the greater Grahamstown community to canvass their views on the name of our University”.

If it is decided that the name will change then the second stage of the process will kick in: “deciding on how this outcome would be brought into effect.”

A task team would first need to be appointed, however, to conduct the engagements and, later, report its findings and recommendations to the Institutional Forum.

“Council accepted the advice and further suggested that the task team not only investigate the matter of the future of the name of our university but situate this matter in the broader context of transformation at Rhodes University,” the press release said.

There is no timeline for these events, yet, but the M&G thought it would get the ball rolling in the meantime. We asked you, our readers, what you thought about the suggestion of a name change? This is what you said:

@mailandguardian very progressive and the fact there’s a decision ti start a dialogue it points to commitment. ..Big Ups!!

@mailandguardian crazy idea. No matter yr views on the man, internationally it wld make a mockery of any degree from Rhodes University.

@mailandguardian I note mostly Blacks want the name changed. Is it becos they have no real history of their own around this period?

@blackburnmike @mailandguardian#NMMU accepted change from UPE graciously. Why not change #Rhodesmustbecalled to #University of Madiba.

University spokesperson, Catherine Deiner, told the M&G on Tuesday that a sub-committee elected by the Institutional Forum “will meet to draw up the terms of reference for the task team” but gave no date for when this would happen.

The possibility of a name change became centre stage recently after the Cecil John Rhodes statue was removed from the University of Cape Town’s campus. Thousands of students and members of the public, who supported the #RhodesMustFall movement, demanded its be removed because its presence celebrated a racist attitude which has no place in the new South Africa.

Critics of the movement maintain students should focus on studying – instead of statues and names – and university management should attend to real transformative changes like raising money for poor, black students.

But students’ voices have risen above the din, demanding that their interpretation of real transformative change be heard. Their personal, daily pain studying in the shadow of an offensive statue and under the banner of an offensive name hangs in the balance, they said.

The M&G also asked our readers what #Rhodesmustbecalled. This is what they said:

@mailandguardian It should be named after Reverend Tiyo Soga