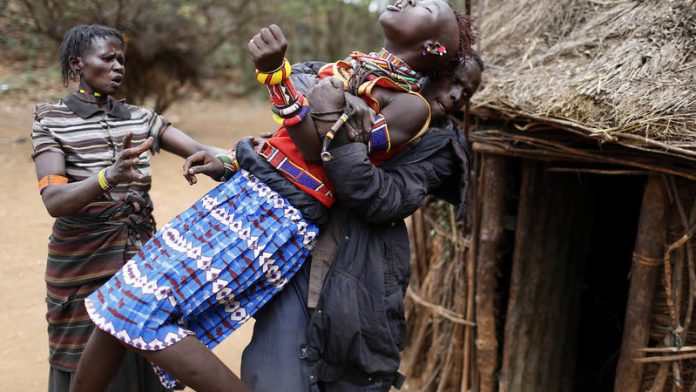 Twenty-five years ago advocates successfully galvanised African leaders behind the African Charter on the Rights and Welfare of the Child, born of a need to promote a rights agenda relevant to Africa.

The charter revisited ideals articulated in the United Nation’s Convention on the Rights of the Child, but it went further, boldly committing Africa to protect children from harmful cultural and social practices. Article 21 explicitly refers to protecting Africa’s children against child marriages and betrothal, urging countries to push the minimum age of marriage to 18.

On Tuesday, Africa commemorated both the Day of the African Child and the 25th anniversary of the charter, and we can reflect on the progress and challenges faced.

We have seen, first hand, transformations rooted in the charter. It has laid down the foundation for many child rights achievements. We have witnessed a continent that is honest with itself, ready to have critical conversations on social norms and cultural practices and their effect on children’s rights. We see a continent that has made huge strides in protecting its children.

Specifically, the African Union’s recent campaign on child marriage has been key to refocusing regional attention on the issue. Africa’s voice on child marriages is louder; there is a mounting global movement of more than 400 civil society organisations working against early marriage, and a recent resolution adopted by the UN General Assembly and the Human Rights Council shows growing momentum on the issue.

But, despite the African charter’s success in providing a regional rubric and a platform for dialogue on child marriages, the practice remains rampant. Africa has the second-highest rate of child marriage in the world, after South Asia. Reports show that 39% of girls in sub-Saharan Africa are married before their 18th birthday – more than one in three. Globally, every year, 15-million girls are married before they turn 18. It is estimated that between 2011 and 2020 more than 140-million girls will become child brides.

These staggering figures are evidence that the challenge remains enormous. And each number wears the face of a child.

• A crucial entry point is being alive to the cultural nuances that drive child marriage. For instance, we know child marriages are a culmination of well-orchestrated social actions, backed by established marriage customs. These customs are intrinsic and cherished by communities, often led by patriarchs, community matrons, or traditional and religious leaders with noble intentions. Communities also often view child marriage as HIV prevention, a way to safeguard young boys and girls in a fast-evolving modern world. Any engagement should consider these perspectives.

More support needs to be given to community leaders around the continent who are proactively coming up with other ways to usher boys and girls into adulthood. In communities far from the dictates of international, regional and even national laws, community-driven solutions will be most sustainable.

• Closely linked to community-based efforts will be addressing the structural causes of child marriage: challenging gender stereotypes and promoting gender equality and equal opportunities. Actions at all layers should be steeped in effective social mobilisation and meaningful and sustainable partnerships between governments, research institutions, civic organisations, development partners and communities.

• At a national level, it is vital that proven efforts are strengthened, supporting governments in budgeting for and implementing policies, laws and strategies that prevent child marriages. Robust child-protection systems that track and safeguard children in early marriages should be strengthened. Governments should continue investing in girls’ access to education and skills development.

• Decisive leadership and increased political will at community, national and regional levels are paramount. The message has to change: girls and boys should be seen as of equal value. It is vitally important that leaders see the link between empowered girls and stronger societies. Leaders should move beyond rhetoric to actual social and economic investment in curtailing child marriages. Leaders will have to engage with the powerful constituencies such as religious and traditional leaders in seeking change.

• Finally, a continued, honest and frank peer review system at AU level will be key to fostering the adoption of policies, standards and practices on child marriages by member states, by sharing experiences and reinforcing successful practices. Importantly, this could introduce collective accountability among regional leaders.

To effect positive change, collective responsibility and action are essential. The nexus between governments, communities and civil society is imperative. We believe lasting change requires leaders, development partners and communities to build consensus that child marriage is detrimental to the child, family and nation. Indeed, from the matron in a remote village to the policymaker at the AU, a new honesty and fervency is needed to address a practice that is harmful and stifling to this continent’s children – and to the continent itself.

Graça Machel is the chairperson of the Graça Machel Trust that advocates for women’s and children’s rights. Leila Gharagozloo-Pakkala is the United Nations Children’s Fund regional director for Eastern and Southern Africa

Ethiopia’s child brides can and must be supported

‘My family had no business selling me off for R4’

How schooling can save African girls from becoming child brides