The youth are agriculture’s future 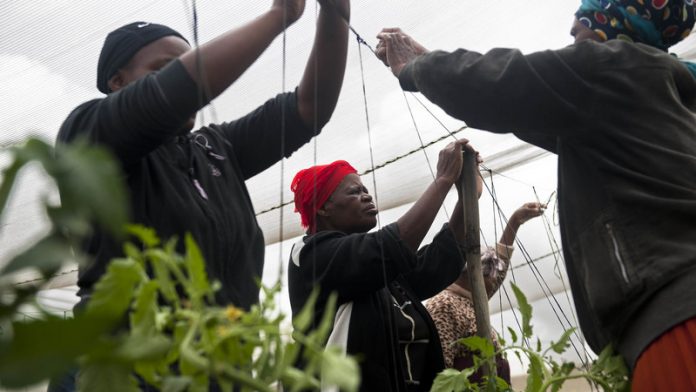 South Africa leads the continent in the advancement of agricultural technology, particularly in crop production. This is being driven by climate change and growing variability that have increased the need for research and development.

Meetings of organised agriculture are predominantly about development and production, with an emphasis on technological advancement, to increase productivity to meet increasing food demand and to improve the resilience of agriculture.

Many research institutions are also collaborating with organised agriculture with an eye on the sector’s potential to create jobs.

An estimated 891 000 people are employed in the sector, according to data released by Statistics South Africa in 2015. This accounts for about 6% of South Africa’s total employment figures.

Recent data from Stats SA shows that the agricultural sector was the leading job creator in the first quarter of 2015, adding 150 000 jobs. This is a significant achievement, considering the challenges within the sector, ranging from land policy to climatic conditions.

New jobs
The National Development Plan (NDP) reports that “agriculture has the potential to create close to one million new jobs by 2030, a significant contribution to the overall employment target”.

To achieve this, the NDP primarily focuses on improving production to achieve sustainability in smallholder and commercial farming, but the onus for labour training and education is placed mostly on farmers.

The advancements in the sector require skilled labour to facilitate the changes in farming. As climate change and variability become more evident, it becomes increasingly necessary to change farming to adopt best management practices and to improve agricultural resilience.

At the moment, there is no clear national policy on agricultural labour skills development and training to meet the demands of modern agriculture.

The failure to upskill agricultural labour could limit the growth and development of the sector itself, which also limits its capacity to absorb labour.

Terms of trade
Agriculture also faces the challenge of worsening terms of trade (the ratio between the prices farmers are paid for their products and the prices that farmers pay for farming requisites). Environmentally friendly practices, such as no-till farming, will play an increasingly important role because of the demands to reduce costs.

One way of approaching job creation could be to revitalise the existing agricultural colleges to increase the number of skilled-labour training centres.

Another way is to introduce programmes in secondary-level schools. These could include practical training, such as the repair and maintenance of farming equipment, production expertise, farm management and elementary training in information technology. In our national education system, little to no focus is placed on training to develop skilled labour in the primary agricultural industry.

Yet it contributes up to 2.5% of the country’s total gross domestic product. Furthermore, the contribution of agriculture is much larger if its upstream and downstream economic links are considered.

Youth unemployment is estimated at 52.5%, according to the International Labour Organisation’s 2015 estimates.

Stimulating interest
Stimulating an interest in agriculture among the youth and improving their skills levels will increase their employment opportunities.

As the population increases and urbanises and tastes and preferences change, agriculture will invariably need to grow, and this will require human capital.

A more focused discussion about skills development and job creation is critical for the growth of the sector, livelihoods and for the economy. Every one of us in the industry must ask ourselves how we can attract, educate and retain young people.

Wandile Sihlobo is an economist at Grain SA. These are his own views.