Courage will right the wrongs 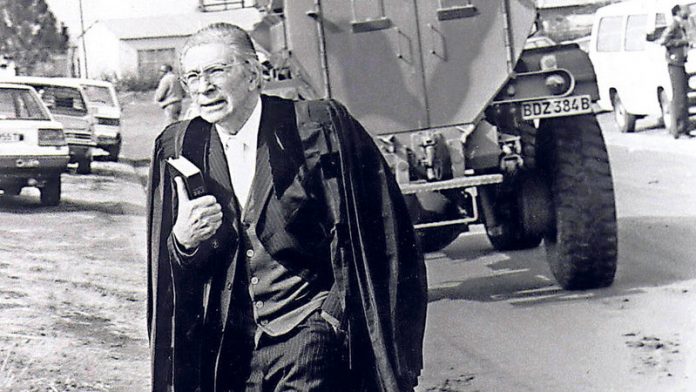 ‘I have learned that courage is not the absence of fear, but the triumph over it,” said Nelson Mandela.

It is one thing to talk about courageous leadership, but quite another matter to identify how we can promote it daily and, even harder, to live by its principles. But first, let’s define it: courageous leadership is intuitively understood as the act of standing up for what is right in the face of adversity. That is to say, doing the right thing, the just thing, as opposed to doing what is most expedient.

Our country has a rich historical legacy of courageous leaders. When Mandela made hard decisions, he did not give in to contention or fear danger. It was his steadfastness to promote what is good and just that made him a courageous leader.

As a leader, he risked his life when he took on the apartheid government. He took a stand to negotiate with them after 27 years in jail despite opposition from the ANC. As a courageous leader, he could see the possibilities for himself, his people and his country.

When Archbishop Emeritus Desmond Tutu spoke out against apartheid, and against certain aspects of our post-1994 leadership, he was a courageous leader, one who stood up against individuals or a system. It may even mean standing alone.

When Beyers Naudé stood up for racial reconciliation and equal rights during apartheid, he lost his status as minister of his congregation and was ostracised by his community.

A courageous leader, then, is prepared to take risks for what is right: where the gain for society is greater than any personal loss.

The actions of these individual leaders, and the courage they had to act in spite of any consequence, are what has shaped this country. It is the only way we will continue to build and strengthen our nation.

In chapter nine of the national development plan, we are called upon to improve the quality of education and to do so through competent and qualified teachers, who are, above all, committed and professional.

We are asked to challenge patronage, to acknowledge the role of unions, to increase the involvement of parents and citizens. In short, we are asked to ingrain courage in our operations and dogged determination in our leaders – so that they are able to do what is right, in spite of how others may see them, or the difficulties of the moment.

For the National Education Collaboration Trust – established to ensure that the educational objectives of the national development plan are met and exceeded, courageous leadership means finding ways to encourage stakeholder representatives to participate, no matter how difficult.

This involves doing the right things and making the right decisions on a daily basis. These actions and decisions cumulatively contribute to the improvement of education.

The minister of basic education, Angie Motshekga, helped to kick-start the process through the National Education Collaboration Trust’s Education DialogueSA sessions. In these sessions, she provided a platform to discuss “taboo” topics, the holy cows of education, in open and honest dialogue. Hers was a courageous act; she created the space and invited individuals to talk freely, even when she knew that some of the feedback could and would not be consistent with existing policy. She listened and acted where appropriate to improve the system.

The dialogue sessions are open discussions. They give all voices a platform to raise issues and concerns. These sessions are designed for courageous views – for

views that will ultimately lead to meaningful improvement in South Africa’s education system.

We need our leaders to show courage under difficult circumstances, amid opposing forces, where resources are scarce and when opposing forces undermine worthy intent.

With this in mind, the trust has established a project where we work alongside key stakeholders to define, for the first time,

what we think the traits of a courageous leader is in a South African context.

The aim is to foster a culture of courageous leadership, where all involved in education reform – but especially teachers and principals, parents and pupils – are willing to make the right decision.

When leaders from all our stakeholder groups – be it business, funders, unions, civil society or the government – are ready to stand up for what is just and good, we believe we will change the face of education in South Africa and be able to stride into a future that has, to date, only been talked about.

It is important in a way that exceeds the scope of immediate needs in the educational sphere, that as South Africans we promote a culture of courageous leadership in all our organisations.

By embracing a culture of courageous leadership and rewarding brave leaders, we have the capacity to propel South Africa forward in a significant way.

Plans to get education system ready for 2022

OR Tambo Debates: Where is the accountability in education?