Who will fill Malema’s ANC boots? 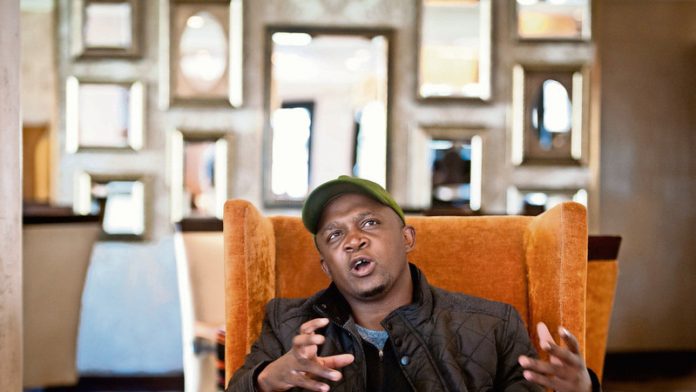 More than two years after the ANC dissolved its Youth League leadership structures, the Young Lions are still battling to find the right people to lead them. Efforts by the national task team to rebuild the league produced less impressive results, prompting the ANC to take a last-minute decision to convert a national elective congress into a consultative conference in November last year.

The number of presidential hopefuls has meanwhile been increasing and the entrance of a relatively unknown Tshwane regional chairperson, Lesego Makhubela, is expected to fire up the contest.

For the first time in many years there could be more than three candidates contesting the presidential position. The Mail & Guardian gives you a snapshot of the contenders.

Lesego Makhubela
Could Makhubela, regional chairperson of the ANC Youth League in Tshwane, emerge as a dark horse during the league’s highly contested elective conference, the date of which is yet to be confirmed?

ANC sources have told the M&G that the relatively unknown Makhubela enjoys support from a number of senior ANC leaders. The 28-year-old BSc computer science graduate of Illinois University in the United States has been described by some as a “militant, but knowledgeable” young leader, who stands a good chance of bringing much-needed energy to the league ahead of next year’s local government elections and the 2019 general elections.

The ANC’s decline in electoral support during the 2014 elections has, in part, been attributed to the weakness of its youth structure, which has been almost dysfunctional since the 2013 disbandment of its leadership under its then leader Julius Malema. The firebrand, who was expelled from the ANC in 2012, has since formed his own party, the Economic Freedom Fighters, which secured more than a million votes in last year’s general elections.

Makhubela believes the youth league under his leadership would give the EFF and the Democratic Alliance a good fight.

If he wins, one of his key priorities would be to regain lost support suffered by the ANC in institutions of higher learning around the country. The ANC-aligned student body, the South African Students Congress (Sasco), this year lost student re-presentative council elections to the Democratic Alliance Students’ Organisation at the University of Fort Hare and Port Elizabeth’s Nelson Mandela Metropolitan University. The ANC also lost to the EFF Student Command at the University of Limpopo and the Vaal University of Technology.

He also plans to re-energise campaigns for free education and economic transformation.

Makhubela believes the previously disadvantaged – in particular black people – should acquire the necessary skills to take ownership in key sectors of the economy, including mining.

“The foundation of economic emancipation, something we have unapologetically called for, is the skilling of African people. You need to have black people taken through universities. There must be a foundation,” he said.

“The indigenous policies that were passed in Zimbabwe when the military war veterans were given farms were not [supported by] skills to continue with what those farms were producing. We want a situation that, when we take over the mines, we are equally skilled to run these industries,” said Makhubela.

While he believes the league should be able to criticise ANC leaders, this should not amount to insults.

If things remain the way they are, Makhubela will stand against other experienced youth leaders also vying for the top spot.

Kenny Morolong
A fierce enemy of Malema before he fell out of favour with the ANC, Morolong’s name is on the list of those campaigning hard to be elected youth league president. His rivalry with Malema goes as far back as 2000 when they both contested the position of Congress of South African Students (Cosas) president, a battle Malema won.

Morolong hails from the North West, but enjoys only minuscule support from his home province. The North West chose instead to back another candidate from the province, Collen Maine. Morolong was provincial chairperson of Cosas in the North West from 1998 to 2001.

For a year from 2001 he served as the youth league co-ordinator of the Bophirima regional task team. He was suspended from the ANC in 2008 after beating two party members with a spanner during violent incidents related to factional leadership battles.

He was elected to the ANC’s provincial executive committee in 2011 after realigning his loyalties with a dominant political faction in the province and became the party’s provincial spokesperson until 2013 when he was appointed deputy chairperson of the National Youth Development Agency, a position he still holds.
Attempts to secure an interview with him were not successful.

Collen Maine
The league’s branch in the North West is set on ensuring that its provincial chairperson, Maine, is elected as the national president. Maine is currently the province’s MEC for local government and human settlements.

Like many of those he is running against, Maine cut his teeth in politics in Cosas and has been a member of the youth league since 1996.

In 2009 he was sent to Cape Town to serve on the National Council of Provinces and was then appointed as North West’s MEC for social development in 2013, a position he held for a year until he was appointed to his current portfolio. Maine said he plans to restore the confidence of young people in the organisation.

“This is the organisation that should champion their interests and strongly deal with challenges that young people face, especially the triple challenges of unemployment, poverty and inequality,” he told the M&G.

Magasela Mzobe
Not many people had heard of Mzobe before April 2013, when he was appointed national co-ordinator to head the tentative structure set up to solve the problems in the league.

But a year and a half later his national task team was relieved of its duties after failing to impress. Some national leaders were of the view that he used his tenure at the task team to build up a campaign to become president of the league.

Mzobe, who comes from Newcastle, KwaZulu-Natal, holds a BA degree from the University of KwaZulu-Natal where he was president of the student representative council.

He led Sasco as secretary general in 2008 before moving to a behind-the-scenes position in the office of the Newcastle mayor and then to the KwaZulu-Natal department of health.

Mzobe, who owns the Newcastle-based Young Lions Football Club, wants the youth league to mobilise young people behind the vision of the ANC. “The ANCYL must be a credible organisation to speak for and on behalf of young people,” he said.

Pule Mabe
A lot has been said about Mabe, who once presided over the youth league’s finances, and his dream to become its president. The biggest bone of contention over his candidacy is his age. Mabe is 35 years old but, according to the league’s constitution, members should be aged between 14 and 35. He is a member of Parliament and the ANC’s national executive committee member and enjoys the support of the Gauteng youth league.

Pule Mabe is one of the top contenders to lead the youth league.

Last year charges of fraud and corruption against Mabe, a former M&G journalist and Metrorail spokesperson, were dropped.

He is the owner of publishing company KG Media. Mabe entered politics as a student leader in Sasco. His tenure as the league’s treasurer was marred by the organisation’s bad debts, which almost led to its bankruptcy.

Ronald Lamola
Lamola was once seen as an automatic candidate to succeed Malema as the league’s president. The former deputy president of the league went as far as visiting President Jacob Zuma at his Nkandla home after the ANC’s national conference in 2012 to assure him of the league’s support, but this did little to convince Zuma and his supporters to back Lamola.

Ronald Lamola is a former deputy president of the youth league.

What makes his leadership prospects even more difficult is his tense relationship with ANC Mpumalanga chairperson and premier David Mabuza, who is close to provincial league leaders. A lawyer by profession, Lamola hails from Mpumalanga and enjoys support in parts of the Eastern Cape, KwaZulu-Natal and Gauteng.

Lamola was not available for an interview.