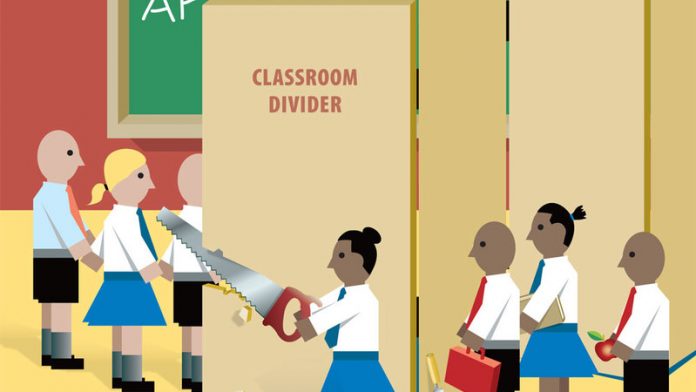 As a society we should be pleased that an action has at last been taken regarding the racist Curro Private School in Roodepoort where the principal was sacked this past week.

The segregation incidents in the school clearly demonstrated that the management did little to promote the aspirations of post-apartheid South Africa.

Research has demonstrated that our schools will be as effective as the people at their helm – hence the principal had to go. Yet much probably still needs to be done at the school because the negative culture must have seeped through all its operations and it might have been internalised by staff, pupils and parents.

One of the paradoxes of education is that everybody has a say in how schools should be run, but offer little to improve how schools should lead. We say that education is the basis of society, but usually do not engender a balance between the political and pedagogic goals that we aspire to in our schools. It is frequently the political that we advance – and in a ­negative way, in most cases.

Curro Roodeplaat has been in the headlines over the past few months for the wrong reasons – as a flashpoint of racism. The MEC for education in Gauteng, Panyaza Lesufi, has been almost a lone voice in fighting the diabolic intentions of some backward-looking members of our society.

It is not the first time that Curro Roodeplaat has been in the news because of racism. The education minister had to visit the school when about 30 parents raised a distress signal about segregated classes. Black pupils are marooned in English classes and the majority

of white pupils are in Afrikaans classes.

After much probing, the management conceded that was how parents preferred it because it was easier to divide pupils according to the main language they spoke. Thus the school was able to legitimise segregation by using flimsy, but seemingly legitimate, reasons to separate black and white pupils.

Unfortunately, this is something that is happening in many similar schools around the country .

Segregation creates many problems for pupils. In a racially segregated school, white pupils grow up be feeling that they are superior and black pupils know that they might never excel like their white counterparts.

In Curro Roodeplaat, this damage is done much earlier because black pupils are in these English classes (a euphemism for black classes) from grade 1. Therefore, as many parents vote with their feet to take their children away from seemingly ineffective public schools, they do not know the irony of the fact that their children can be poisoned for life in a beguilingly good school. A school can never be good if it teaches children racism, covertly or overtly.

Curro Roodeplaat crowned it all recently when, on a school excursion, the pupils were again separated according to whether they were in Afrikaans or English classes.

As we haggle about what schools should teach, we forget about basic aspects such as social justice, fairness and equality.

The problem with many of our schools is that they perpetuate stereotypes rather than being equalisers in society. Indeed, school choice appears not to be working in all respects. Some parents are able to choose schools for their children, but they cannot choose what happens in the classrooms after they turn their backs, hoping that good teachers will do the rest.

Schools need to teach understanding and racial harmony. It is disconcerting that reports of problems at Curro Roodeplaat happen in June just as people reminisce about how Afrikaans was used to divide our society 39 years ago with vile and fatal results. Once again, Afrikaans is being used to justify separation. Verwoerd and his henchmen will be grinning in their graves when they hear of Curro Roodeplaat. Another irony may be that people who say they adore Afrikaans may be demonising it again as they use it to justify divisions. Afrikaans is a language like any other and it is a pity that it is used to perpetuate societal divisions.

With all this considered, Curro Holdings must be applauded for ridding the school of the principal.

South Africa’s future is too important to be placed in the hands of people who refuse to lead social transformation. We know our past and no one with any sense would want us to go back there.

Professor Vuyisile Msila is the head of Unisa’s Institute for African Renaissance Studies. The views expressed here are his own