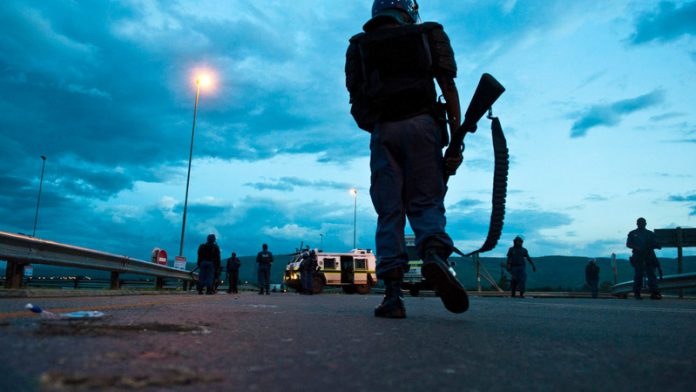 This is a movie we have seen several times before. The Farlam commission’s final report on the Marikana massacre, released last week, made a wide range of recommendations on reforming public-order policing, which determines how the police should react to situations such as service delivery protests, union marches and political demonstrations.

In spirit, and occasionally even in words, the commission’s recommendations differ little from policy guidelines that date back to 2011, to a policy from 2002, to proposals in 2001, to warnings sounded in 1998, and to volumes of academic work done just before and shortly after the 1994 transition to democracy.

The underlying demands of the Farlam report – that police should be accountable for both excesses and failures in public order policing – are little different from those that followed the death at police hands of Anna Nokele in a demonstration in 2010 and the death of Andries Tatane in a service-delivery protest in 2011.

But this time it may be different.

“If, before the [Farlam] report came out, you had asked me what I wanted it to say, my first call would have been that [national police commissioner Riah] Phiyega’s competency should be scrutinised,” says Monique Marks of the University of KwaZulu-Natal.

She is one of a handful of scholars who have long called for reform in police crowd management and warned of the consequences should things not change.

“That her competency is now in question is the best we could have hoped for. The police is a top-down organisation; problems at the top seep down to the bottom. Change the top and things can change.”

The Farlam report recommends changes in how police are commanded, armed for, trained for, and recorded during public-order policing (see below). Analysts and academics have described most of the recommendations as simple, obvious and commonsense – and have pointed out that few are new. But the recommendations are likely to run into trouble both practical and political.

“The [South Africa Police Service] should review the procurement, servicing and training processes which have had the result that expensive equipment purchased by the SAPS cannot be used, either adequately or at all,” the report reads.

In September last year, Phiyega told Parliament the police would require R3.3-billion over four years to ramp up public-order policing in the face of an increase in, especially, community protests. The bulk of that should go to personnel, she said, but about R250-million a year would be allocated, on top of existing budgets, to buy equipment.

Nearly everyone agrees that defensive equipment – armoured vehicles, body armour and shields – reduce the police’s perception of their own vulnerability during confrontations and so reduce the risk of them using excessive force. But their reliance on water cannons in situations where they are impractical or unsuitable, the use of other powerful, less-lethal weapons mounted on vehicles, and an approach that puts equipment rather than community liaison at the top of planning priorities have been criticised.

“During the transition [to democracy], what we had was very comprehensive Peace Accord structures down to a local level, especially in hot-spot areas,” says Peter Harris, a lawyer who headed the monitoring of the accord in the Vaal area in the chaotic days before 1994. “There were some pretty serious people on those committees, everyone seeking to prevent trouble. And we did.”

The transition was notable for the very large number of very large public gatherings with very large numbers of weapons present, but a proportionally far smaller rate of injury or death than in recent public order policing operations, even excluding the Marikana massacre.

The numbers are particularly remarkable because some of the police who sat on Peace Accord structures are now known to have received orders to foment violence between organisations such as the ANC and the Inkatha Freedom Party.

Harris and others believe the uncertainty of the pre- and post-1994 period may have made for the kind of political will – and recognition of the consequences – that has been eroded steadily since.

“The police at the time, this was pre-1994, so it is hard to sing their praises,” says Harris. “I think, if they had been given free rein, they would have got stuck in; it was their natural instinct. But they were under clear orders: don’t kill people and upset the negotiations.”

A now-retired commander of riot policing at the time said: “If you beat someone up or, heaven forbid, shot someone, you knew there would be trouble. I don’t mean you would have an investigation and a court, I mean your commander would handcuff you to the truck and your unit would beat you until there was enough blood and brains on the ground that the people were satisfied.”

But two decades on it is a grimmer picture. “Just after Marikana you had Phiyega saying to the police, ‘You guys did very well; you behaved as you should’,” says Harris. “That sends the [wrong] message.”

The SAPS has declined to comment on the Farlam report, citing “respect” for the process President Jacob Zuma reportedly intends to follow. Phiyega has until the end of July to respond to a letter from Zuma on the report’s recommendations about her.

The Farlam commission of inquiry into the Marikana massacre made detailed recommendations about public, order policing. They cover everything from broad guidelines to specific rules, which, in their totality, are far more comprehensive than any recommendations about mining house Lonmin, criminal prosecution, or how trade unions should conduct themselves. In planning public-order operations, the commission recommended that:

Regarding the preserving of evidence of police action and investigations following it, the commission recommended that:

The commission also endorsed recommendations by the likes of the National Planning Commission, which called for the demilitarisation of the police, and for the creation of an international panel of experts as soon as possible to examine every aspect of public-order policing in fine detail.

We condemn the killing of a black Americans, yet women, African foreigners and queer people are regularly abused and killed in SA
Read more
Analysis

‘Less lethal’ weapons have resulted in deaths and severe injuries, yet there are still no guidelines
Read more
Coronavirus

The coronavirus pandemic has revealed heavy-handed, brutal and, at times, lethal action by some members of the police
Read more
Coronavirus

How South African citizens, the police and the army, and politicians behave during the 21-day lockdown will have far-reaching implications for our democracy
Read more
Analysis