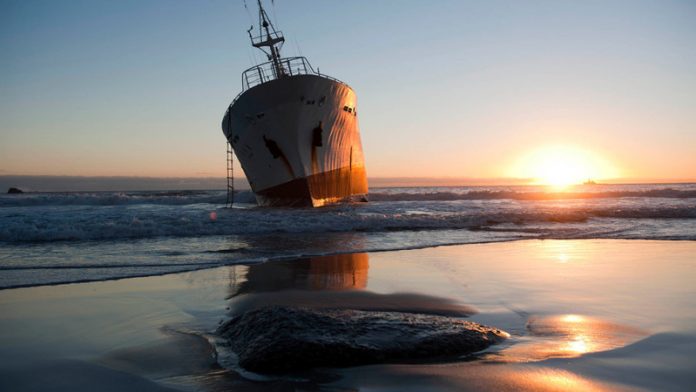 “Alarm bells should be sounding,” says the nongovernmental Centre for Environmental Rights in its research into the blue economy. By planning to exploit “critically endangered ecosystems” for the sake of commercial development in the oceans, government was risking livelihoods, it says.

The centre’s research comes as government moves to further involve the private sector in mineral and petroleum mining in the oceans. The driving force behind this is the newly launched Operation Phakisa – “hurry up” in Sesotho.

This is a large-scale plan to harness the country’s three million square kilometres of ocean for economic benefit. Its goals are to create an ambitious one million jobs and R177-billion worth of economic product by “unlocking the economic potential of South Africa’s ocean”.

The idea comes from Malaysia, where President Jacob Zuma was given a tour in 2013 of that country’s “big fast results methodology”. This strategy cut red tape and other impediments to drive growth in certain sectors.

In launching Phakisa in March, Zuma said it was a “wonderful opportunity for contributing towards South African prosperity”.

The majority of the plan looks at stimulating big industrial investment from the private sector. It seems to give scant attention to the 150 fishing communities that rely solely on the oceans.

Mining licences
Phakisa is nominally run by the environment department. But the mineral resources department and PetroSA are heavily involved. They grant licences for mining and oil and gas prospecting and exploitation.

The former has as its core mandate the need to protect the environment. The latter two have an explicit mandate to promote resource exploitation. The oil and gas section of Phakisa says the aim of the programme is to create a “more enabling environment” for the industry. PetroSA’s website maps out all the licences for exploration off the coast. They cover 99% of the country’s exclusive economic zone.

This zone has been steadily increased over the past few years, giving it access to more resources. Thanks to an extended footprint in the southern Antarctic – created by the Prince Edward Island Group (Marion and Prince Edward islands) the country applied for an extra 1.4-million km2 of ocean.

This has pushed the exclusive zone from 370km to 650km off the mainland. The minerals department is fast-tracking the drilling of 30 deep-water oil and gas exploration wells.

The rate of this development is visible in how little infrastructure for mining and oil and gas development exists. The largest facilities are owned by PetroSA, 90km off the coast from Mossel Bay. These are linked to processing plants onshore by a pipeline.

The state utility has also drilled 300 offshore boreholes in an attempt to find more oil and gas reserves. To date, there have been no large finds.

Conventional exploration
But this is still conventional exploration. In its annual national biodiversity assessment, the South African National Biodiversity Institute says its focus on unconventional mining is increasing because easily accessible mineral and oil resources around the world are running out. Applications of this kind – for mining that brings far more risks for the environment – are therefore growing, it says.

The dangers of this are there to see, it says. Shipwrecks leaking oil into the ocean have already shown that the state’s ability to respond is constrained.

Other research by the biodiversity institute says oil drilling at sea is by far the riskiest offshore project being considered. Though spills are not likely, it says, they result in a great deal of damage. “The greatest environmental concern in exploratory drilling is the probability of an uncontrolled release of hydrocarbons.”

Phakisa’s critics say it is bringing in even riskier forms of mining. Three prospecting permits for offshore phosphate mining have already been granted by the mineral department.

This involves companies using machines with cylindrical drums – studded with metal teeth – to cut up the ocean floor.

Forbidden elsewhere
No other country in the world has allowed it. Namibia recently placed a moratorium on the process. But fertiliser prices are constantly rising above inflation.

The applications cover an area of 150 000km2 along the west coast. Almost everybody in the area opposed the permits – from fishermen and civil society to other government departments.

The greatest problem was raised by fishing communities, who said the mining could destroy fishing stocks. One of the applications covers a fishery, accredited under the Marine Stewardship Council, that looks to create sustainable fisheries.

Rather than going ahead with private sector investment in mining, communities have suggested that South Africa’s oceans be used in a sustainable manner.

Associate Professor Moenieba Isaacs, of the Institute for Poverty, Land and Agrarian Studies at the University of the Western Cape, says the potential for the destruction of fishing communities is serious.

Reliant on oceans
“Hundreds of thousands of people rely solely on our oceans to provide them with livelihoods.”

These are people who have been kept out of discussions about their resources, she says.

“Now you are allowing large-scale commercial mining to happen in the very places where they fish. It is problematic at best.”

The mineral resources department did not respond to questions by the time of going to print.