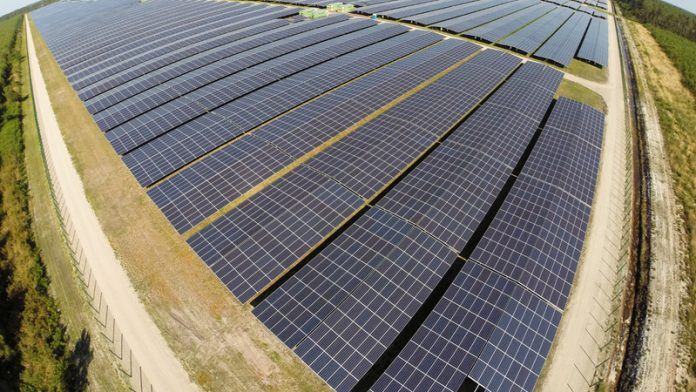 The Organisation for Economic Co-operation and Development (OECD) – an international economic grouping of 34 countries – has traditionally been pro-fossil fuels, but has been speaking more favourably about renewable energy in the last year.

Speaking at the London School of Economics this past weekend, Angel Gurría – its organisation’s secretary-general – said countries needed to stop building new coal-fired power stations. “Governments need to be seriously sceptical about whether new coal provides a good deal for their citizens.”

Instead of building new plants that would release more carbon into the atmosphere, he said countries needed to be serious about their climate commitments. If average global temperature increases were to be kept below 2°C, he said, “Not all coal assets will be able to run for their full economic lifetime.”

This meant new stations plans should be scrapped, and old plants wound down before time, he said. Countries that did not do this would be faced with a much steeper cost in the future, as carbon reductions would have to be quicker and on a much larger scale. This meant money would be stuck in coal-fired plants and coal mines which could not be used, he said.

But the decision to turn away from coal now should be a no-brainer, thanks to the external costs of coal-fired stations, and the competitive nature of renewables, he said. “Coal is not cheap, due to the damage done by significant land disturbance, water contamination, air pollution, damage to ecosystems, and dust and noise pollution.”

He cited the case of China, where the cost of the health impact of air pollution – just from energy use – was $1.4-trillion in 2010 (R17-trillion in current prices).

His organisation says 60% of the total investment in power plants since 2000 has been in low-carbon technologies. But between 1990 and 2013, the amount of coal burnt for electricity generation doubled. Its percentage of the global energy had also remained the same since 1990.

This was because the price of different fuels was still skewed in favour of fossil fuels, thanks to myriad subsidies. Coal in particular benefited from being the least heavily taxed of all fossil fuels, and being subject to little or no import tariffs, he said.

In contrast renewables often receive import tariffs of between 10% and 20%. This meant coal was given an unfair competitive advantage, he said.

The timing should be perfect for lowering the sorts of subsidies that had traditionally made fossil fuels cheaper, he said. Oil had halved, from $120 a barrel to $60 a barrel. Countries – such as India and Thailand – had used the lower price to reduce their fossil fuel subsidies. But he said few other countries have done this.

“The benefits of falling oil prices have flowed to oil consumers, at the expense of the environment.”

Last month the International Monetary Fund released research saying  environmental costs and taxes borne by society for fossil fuels were R63-trillion a year, or R2-million a second. These costs were mainly due to healthcare and environmental damage caused by burning fossil fuels, it said.

The decision on whether or not to lower carbon emissions globally will be taken at the COP21 climate negotiations in Paris in November. After two decades of negotiating, and numerous failed attempts at an agreement, delegates will meet and discuss what is now a draft text on lowering emissions.

At the heart of the draft is the ambition of ensuring that average temperature increases do not exceed 2°C this century. This is the number science has said will lead to climate change that can be managed. The UN’s Intergovernmental Panel on Climate Change warned last year that if this target is not kept, the effects of climate change will be ” severe, pervasive and irreversible“.

Gurría said the Paris meeting had to reach an agreement. “There is little time left. Governments cannot afford to treat this year’s COP like just another round of endless trade negotiations. The carbon clock is ticking.”

China has already pledged to peak its carbon emissions in 2030. The United States has promised to lower emissions by 17% by 2025. Last month the G7 countries agreed to phase out fossil fuels this century.

Coal stations to burn half of humanity’s carbon budget
In its research released last week – “ Aligning policies for a low carbon economy” – the Organisation for Economic Co-operation and Development warned that coal-fired power stations would emit more than 500-billion tonnes of carbon dioxide by 2050. That is half of the total amount – called a “carbon budget” – that the entire world can release before reaching 2°C of warming becomes irreversible.

While warning of the future dangers of coal plants, it also said the current dominance of coal had to be changed. “Many of the regulatory features of today’s economies have been built around the availability of fossil fuels, and without any regard for the greenhouse gas emissions stemming from human activities.”

Moving to a low carbon economy therefore required of countries to change their regulatory framework to make different types of energy compete equally, and with cognisance of their environmental impact, it said.

South Africa pledged at the 2009 climate conference in Copenhagen to lower its carbon emissions. This peak, plateau and decline trajectory would see emissions drop by 42% by 2025. This was, however, dependent on funding and technical support from the developed world. Emissions have held steady, mainly thanks to the recession and a stagnant economy.

South Africa already emits around half of Africa’s carbon emissions. Per person, the carbon footprint of each South Africa is in the top 20 highest in the world. Much of this is down to Eskom and Sasol, which emit three-quarters of the country’s carbon.

Eskom emits around 230-million tonnes of carbon a year, depending on how much of its fleet is operating.  Research published by the Energy Research Institute at the University of Cape Town last year calculated that in 2011, the power utility’s emissions contributed up to R41-billion in “global damage costs related to climate change”. This is damage – exacerbated flooding and other climatic events – that is caused by the global warming Eskom’s emissions drive.

The research institute said Medupi and Kusile would jointly consume around 34-million tonnes of coal a year, and emit 60-million tonnes of carbon into the atmosphere. This meant that the climate damage caused by their combined 9 600-megawatts would be R10-billion a year.

But the deadline for firing-up the stations keeps being set back. Eskom started synchronising one boiler at Medupi earlier this year, and said the plant should be fully-operational by the end of this decade. There is no timeline for Kusile.