OR Tambo Debates: Where is the accountability in education? 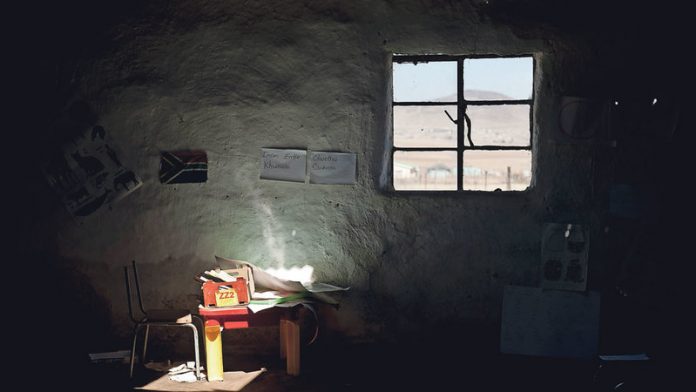 The fourth of the OR Tambo Debate Series on Implementing the National Development Plan was held last week at the University of Witwatersrand’s (Wits) School of Governance. It addressed the role of education in relation to the NDP’s overarching goals of eliminating poverty, reducing inequality and creating employable people. The key driver of the debate was the concept of “accountability” at all levels. The panelists included Basic Education Minister, Angie Motshekga; Sizwe Nxasana, chief executive of First Rand; Nic Spaull, Postdoctoral Fellow at Stellenbosch University, and Siphiwe Mthiyane of the Wits School of Education.

As a background paper to the debate, framing thoughts were provided by Anne Mc Lennan of the Wits School of Governance. She argued that “… the NDP strategy maps out the roles and responsibilities of schools [to implement policy]; educators [to be professional and improve learning]; principals [to lead and manage the curriculum and the school]; districts [to support schools] and parents [to be informed] … Accountability implies the relationships of responsiveness (to mandates and responsibilities) and answerabilities [for achievement or non-achievement]”.

Why would 95% of children be attending school if system is not credible, asks Enver Surty #ORTambodebates

“Because they’re poor!”, shouts someone from the crowd #ORTambodebates

She went on to explore ways in which these “relationships of responsiveness” are often undermined by some of the dynamics of delivery,  politicised processes and ‘fractured relationships’ in the system. In the debate, the focus was not on debating whether there is a crisis in education but rather on identifying key ways to ensure systemic improvement.

The panelists agreed that progress on many fronts in education should be celebrated, such as increased access and increased enrolment in grade R but an ongoing crisis in the system was also acknowledged. The panelists said there is sufficient consensus and evidence that South Africa performs poorly in terms of throughput and effective teaching and learning. They spoke about the widespread lack of reading skills; the unacceptable number of children operating at levels below the grades they are in; and a high number of teachers who lack content knowledge in their subjects, especially in maths.

Spaull was especially emphatic on the the system’s performance, claiming that sub-standard education in South Africa “condemns those without access to quality education to the underclass of society and denies them dignified employment” in what he described as “the antithesis of social mobility”.

A key focus in the debate was school leadership. The panelists agreed that this is vital in making schools work. Nxasana said: “In every school that works you have a principal who knows their job as a leader” and the minister echoed this saying: “Functioning schools are schools that have a good leader.”

But what makes a good school leader?

You can find schools in the poorest and most disadvantaged areas achieving success against the odds. The common denominator here is often the principal as a good leader who will focus on teamwork, commitment and passion. Importantly, leadership is about more than just good management skills. It also involves vision and curriculum leadership. But support for the managerial aspects of the role is also needed.

We have to stop looking at principals as managers, but rather as holistic parts of the school they are part of #ORTamboDebates

Leadership skills and teacher development
The minister acknowledged that there is “lots of work to be done in selecting, supporting and managing school principals” in order to develop leadership skills, and conceded that within the system “some are not fit for purpose”.  The panelists agreed that leaders should be supported to develop the confidence and competence to lead, and that as leaders are not necessarily born, this should be trained and nurtured through on-going professional development.

But some of the panelists disagreed with others on whether school principals should be viewed as heads of “academic institutions”, and therefore required to have a specified level of postgraduate qualifications.

Teacher development was another central point to the debate. The role and competence of universities in preparing teachers was challenged including whether universities are successfully teaching basic classroom practice and didactics. South Africa has made some progress towards developing a shared view of teacher professional competence as shown by the Integrated Strategic Planning Framework for Teacher Education and Development in South Africa 2011-2025.

The politicisation of the civil service, including the dynamics of union involvement, patronage, cadre deployment and intimidation were raised, however, in relation to concerns around teacher appointments, and checks on teacher competence, among others.  Different views were expressed on the effectiveness of these factors but it was agreed that there needs to be political will and a political solution in engaging with them. The NDP suggests a new social contract; it is time to act on this.

Sizwe Nxasana says the role of Sadtu controlled SA Council of teachers has to be re-looked. Hot potato this one. #ORTamboDebates

Accountability was a further key area of focus in the debate, with both Spaull and Mthiyane emphasising that “there are no consequences for non-performance” in the system.

But Spaull did stress that “capacity precedes accountability” and that we should distinguish between different types of non-performance. For example, he said we should not hold teachers accountable for not being able to teach the maths they are supposed to teach if they have not received the proper training but said they can, however, be held accountable for absenteeism or a poor work ethic.

@NicSpaull argues that matric markers need to be assessed & trained. Competency is key! There is a need for POLITICAL WILL #ortambodebates

It was suggested that accountability be addressed at the school level with the principal and his/her staff being held responsible for delivering the curriculum and managing school processes. But, the view of “no consequences” being a school-based issue was challenged by some of the panelists. The links between responsibility, accountability and authority are not straightforward and can be affected by regulation or politicisation. For example, principals may be responsible for the day to day management of a school but do not have the authority to select and appoint staff or even to discipline them. In this sense they have responsibility without authority. Spaull called for staff to be promoted “because of expertise and skill”.

Various views were expressed and challenged on what school functionality means and how it’s measured. Functioning schools have good leadership, teamwork and support from their communities. Dysfunctional schools tend to blame external factors without looking inward. Symptoms of dysfunctionality include the lack of an effective parent body and the degree of parental or carer accountability for their children’s education. Involvement in the school is an indicator of functionality.

If “dysfunctionality” is characterised by a situation in which more than half of the learners are not working at a level appropriate to their grades, then at least 60% of the nation’s public schools could be called dysfunctional, said Spaull.

Another view put forward was that dysfunctional schools are those where no effective teaching and learning is taking place, whatever contextual causes may underlie this.

Accountability in education involves all of us. The NDP calls for “active citizenship” and one of the ways in which we exemplify this is by taking part in conversations about education, and entering into partnerships. This debate illustrated some differences in the way different sectors look at research and data, and confirms the need to talk more. We all sit with different chunks of information and different perspectives on what these might mean. Partnerships can offer an optimisation of the support needed by education and as Nxasana said, the need for “integrated strategic skills planning” including making curricula in schools, TVET and higher education real for business and the workplace.

Melissa King and Barbara Dale-Jones work for non-profit organisation BRIDGE which drives collaboration and co-operation among education stakeholders to increase their collective impact on the education system.

What exactly does the NDP say?

The National Development Plan (NDP) sets out goals that the South African government wants to achieve by 2030. Improving the quality of education, it says, is one of its “key priorities” and by 2030 it wants all children to have at least two years of pre-school education; about 90% of learners in grades three, six and nine must achieve 50% or more in the annual national assessments in literacy, maths and science; expand the college system so that at least 25% of school leavers are accommodated in them, and increase the number of students eligible to study maths and science degrees at universities to about 1.62-million. These are just some of the specifics listed in the NDP.

The government has committed to doing the following, among other actions to close this gap: