Iran nuclear deal expected to be announced in Vienna 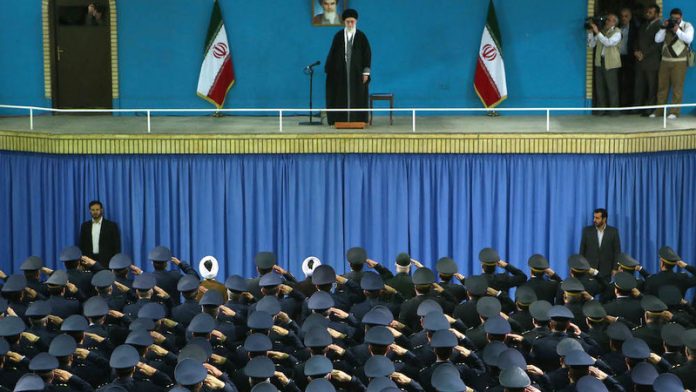 The Iran nuclear deal marks the culmination of 12 years of on-off diplomacy, and potentially the beginning of a new era in relations between Iran and the West.

An announcement on the agreement would come on the 18th day of almost uninterrupted negotiations in Vienna , involving foreign ministers from seven countries and the EU’s foreign policy chief, Federica Mogherini.

The ministers – from Iran, the US, UK, Russia, China, France and Germany – are expected to issue a statement and appear for a photo mid-morning, followed some time later by a press conference.

At some point President Obama and his Iranian counterpart, Hassan Rouhani, will make statements from their capitals.

It is not clear how much of the estimated 100 pages of text, including five annexes, will be published on Tuesday. Much of the outline of the agreement is already known, having been provisionally settled in Lausanne in April.

It involves Iran accepting curbs on its nuclear programme in return for sanctions relief, but many of the critical, politically-charged details will only be made public on Tuesday.

In particular, it will become clear whether the arms embargo and missile programme restrictions on Iran will remain in place and at what point the agreement will be codified as a UN security council resolution.

The full agreement, known as the joint comprehensive plan of action, is likely to come under instant and ferocious attack from its opponents – mostly in the US, Iran and Israel – but its defenders portray it as one of the most important arms control accords of modern times and a rare diplomatic success in the Middle East.

On Monday, the Iranian president’s office was forced to delete a premature tweet in his name that appeared to welcome a nuclear agreement which had yet to materialise.

The deleted tweet on the English-language account under president Hassan Rouhani’s name declared: “#IranDeal is the victory of diplomacy & mutual respect over the outdated paradigm of exclusion & coercion. And this is a good beginning.”

Soon after, a new tweet was posted in its place, adding the word ‘if’ at the beginning.

As the Monday evening target came and went, Iran’s foreign minister, Mohammad Javad Zarif, appeared on the balcony of the hotel venue and faced shouted questions from the journalists in the street below.

Asked how he was feeling, Zarif replied: “Sleepy and overworked.” Asked if there would be a deal on Tuesday, he said: “It is possible.”

Once an agreement is announced, it will not take effect for some time : it must first survive a trial by fire from its critics in Washington and Tehran.

The greatest hurdle will be the US Congress, where Republicans have a majority and are expected to vote against the deal after a review period of up to 60 days. They will seek to win over 12 Democrats in an attempt to defeat a presidential veto. – © Guardian News and Media 2015

US to impose ‘strongest sanctions in history’ on Iran

SA invited to right side of history