Iran wants respect from the West 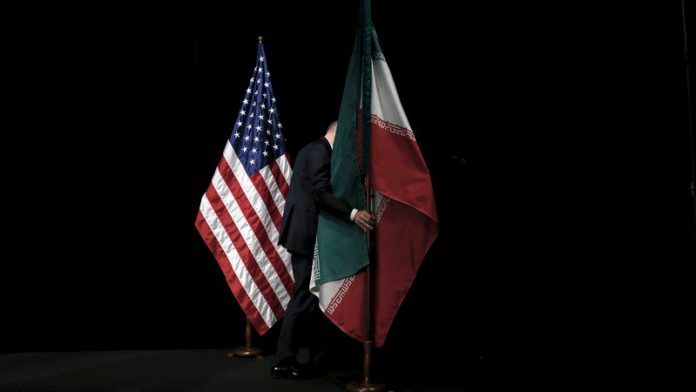 Every Friday, under the soaring minarets of the Imam Khomeini mosque in Tehran, tens of thousands of the faithful prostrate themselves in prayer after sermons combining religious piety with the strategic goals of the Islamic Republic of Iran.

Ritualistic cries of “Death to America” or “Death to Israel” do still ring out, though attention has focused recently on talks over the country’s nuclear programme – and ending the sanctions imposed because of it.

Security is tight as the crowds pour in from the highway and metro station, Shahid Beheshti – named for a martyr of the 1979 revolution. Guards carry out body searches; bags are checked into a makeshift cloakroom. Iran is one of few Muslim countries where mosques have not experienced terrorist bombings recently, especially on a Friday.

Sunni fanatics of Islamic State have targeted Shia civilians in Iraq and the Gulf states. “If Daesh [Islamic State] can strike in Kuwait,” says one intellectual, “why not in Tehran?”

Outside the mosque there are more reminders of Iran’s violent neighbourhood. It is normal to see plastic boxes for zakat – Islamic charity contributions – for the poor, orphans and the old cause of Palestinians living under Israeli occupation.

There are appeals for the Yemen people, where Iran’s archrival Saudi Arabia is carrying out air strikes against Houthi rebels, as well as for Iraqis, “to help fight Daesh”.

Island of stability
Now that the nuclear marathon is over, encouraging hopes for a better relationship with its old American enemy, Iran projects itself as an island of stability in a sea of trouble and demands equal treatment. The supreme leader, Ayatollah Ali Khamenei, continues to excoriate “global arrogance”, but has hinted clearly at co-operation with the United States once sanctions end, and dignity has been restored.

“We believe we have a constructive and positive role to play in the region, with or without an agreement,” said Amir-Hossein Abdollahian, the Middle East’s deputy foreign minister, a few days before the Vienna talks ended. “We understand that a good nuclear deal can have a good influence.”

Those who back Iran’s President Hassan Rouhani fear a reaction from anti-West hardliners. (Carlos Barria, Reuters)

Iran’s support for Syria’s fight against “terrorism” was consistent with its backing for Hezbollah in Lebanon and opposition to Saudi attacks on Yemen, he said. “A positive nuclear outcome will have a positive outcome for relations with the West.” The red line was Israel – “an illegitimate regime”.

Neighbouring Iraq is the most likely theatre for joint or co-ordinated action – as happened in Afghanistan after the 2001 US attack on al-Qaeda and the Taliban – before George Bush hastily incorporated Iran into his “axis of evil”.

Now a US-led coalition is mounting air strikes against the Islamic State, while Iranian Revolutionary Guards under its Quds force commander, General Qasim Suleimani, advise Iraqi Shia militias on the ground. But there’s no co-ordination between Iran’s force and the US, Abdollahian said. Iran makes no secret of its disdain for US “double standards”.

“Suleimani and the US could work together if there is a nuclear agreement,” suggested Mohammed Ali Vakil, editor of reformist newspaper Ekhtebar, interpreting the government’s position. “It will take time: the Americans believe their national security interests are in competition with Iran’s. [The Islamic State] is an ideological offspring of Saudi’s regime and Turkish adventurism – both US allies.”

Tehran rumour mill
The Tehran rumour mill points to another problem. Suleimani has been much photographed on the front lines in Iraq and Syria and profiled in the Western media. Some of his powers are said to have been taken away, suggesting concern at the top about Sunni atrocities committed by Iraqi People’s Militia units.

It will be harder for Iran to blame the Saudis for “incubating” the Islamic State takfiri doctrine – sanctioning the killing of apostates – if its own Shia allies behave in a brutally sectarian way. Iran has its own minorities, including Sunnis, to worry about. Still, there is no mistaking growing confidence engendered by Iran’s engagement in the nuclear talks and disarray in the Middle East.

“The Arab world is in limbo; there is no real regional player except Saudi Arabia, which is playing an angry, violent game,” argues a senior adviser. “Iran is ascending; it is proving able to solve a difficult problem through diplomatic means, that accommodation is more profitable than marginalisation. That’s why Arabs and Israelis react so violently to the nuclear issue.”

Iranian demonstrators burn symbolic structures depicting flags of the US, Britain and Israel during a rally in Tehran. (Reuters)

But even after an agreement, the barriers to further co-operation with the US are obvious. The biggest is Iran’s hostility to Israel – “the world’s centre of evil, espionage and warmongering”, in the words of the defence minister, Hossein Dehghan.

Al-Quds (Jerusalem) Day is marked in Tehran more fervently than in any Arab capital. Iran’s strategic relationship with Hezbollah is solid. The idea of resistance the Lebanese Shia movement embodies is fundamental to Iranian official thinking. It does not sit easily with even a limited rapprochement with the US.

Implications
Hardliners are concerned about the implications. Hossein Sheikholislam, adviser to the speaker of the Majlis, Iran’s Parliament, was an interpreter for the students who took US diplomats hostage in Tehran in 1979; he doesn’t trust Americans any more today than he did then – though many other former militants have since become reformists.

In 1987 the USS Vincennes shot down a passenger plane killing 290 Iranians; the captain was given a medal. “Why shouldn’t we call them Satan? Yes, it’s a long time, but time doesn’t change the essence. The change is now: we are sitting face to face and we’re fighting over the table.”

Supporters of President Hassan Rouhani fear a crackdown at home after a nuclear agreement. There is a risk too when sanctions end, assets are unfrozen and oil exports double, the Revolutionary Guards will have more cash to enable them to be a “spoiler” to an Iranian-Western honeymoon.

“The hardliners just want sanctions removed; they don’t want the contagion of relations with the US to reach other areas like human rights and foreign policy,” says an independent analyst. “They fear Western values and American corruption that could create the breeding ground for a velvet revolution.”

Advocates of rapprochement with the US are more optimistic – though they know the risks of wishful thinking. “I am not saying that the Revolutionary Guards are cleaning the windows of the old American embassy and getting ready to apologise,” quipped Sadegh Zibakalam, a reformist commentator. “But at some point Khamenei has to choose between co-operating with the Americans and facing the prospect of the Islamic State on our borders. Politics makes strange bedfellows.”

Iran is keen above all to promote the notion that, internationally, it deserves a seat at more tables than it is invited to – to play its part, on its own terms, in resolving the crises of its own tough neighbourhood. It seems to be making headway.

“None of the international processes on Syria or Iraq or on terrorism include the Iranians,” says one Tehran-based European diplomat. “If they were included and recognised as a regional leader, they would temper their ambitions. If they were treated with dignity, the supreme leader could defend a nuclear agreement on that basis. To us, dignity sounds like a bullshit concept; for them it’s serious.” – © Guardian News & Media 2015