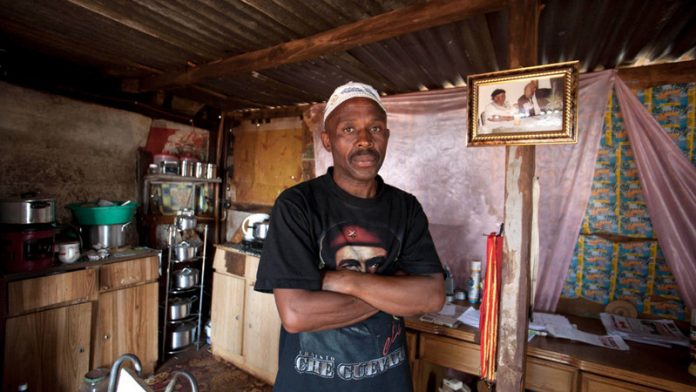 Lingering problems of trust, a shaky funding scenario and no clear political direction are some of the issues hindering the momentum of the United Front (UF), which is bankrolled by the National Union of Metalworkers South Africa (Numsa).

The UF is an affiliates’ organisation, as those in the civic organisations helping it take root describe it, rather than one based on individual membership.

“As part of the UF executive, we figured that, to have a strong base, the UF must be affiliated to at least 500 organisations,” says Soweto Electricity Crisis Committee (SECC) member and UF executive member Cleopatra Shezi. “At the moment, I think we are somewhere around 200 and something affiliates.”

Shezi says there have been acts of solidarity, such as the manpower and logistics support provided by the UF during a night vigil protesting against power cuts in Soweto, but “some people in the SECC still feel like Numsa is still courting the [tripartite] alliance and, should it get what it wants, it will go back to the alliance and leave us [civic organisations] in the dust”.

Despite a strong push from affiliated grassroots organisations, such as Operation Khanyisa Movement, the Democratic Left Front and even the Workers and Socialist Party, for the UF to contest local government elections, “the majority of workers felt the UF was still a baby and can’t contest elections”, she says.

There have also been debates about the Freedom Charter, with civics rejecting it as the programme responsible for the people’s suffering.

“What could happen is that they [the UF] run in key strategic municipalities, for example Jo’burg and Nelson Mandela Bay,” says Socialist Group member and UF affiliate Trevor Ngwane. “While we don’t really think the solution is in elections or Parliament, we need to grow that in order to grow the movement and the need for a political alternative.

“People who have been voting ANC for 20 years find that they don’t have experience when faced with the electoral machine that is the ANC.”

As Bhayiza Miya of the Thembelihle Crisis Committee (TCC) says, the support of the UF has been critical in some of the organisation’s recent struggles, such as providing legal backing and bail money for up to 36 people jailed in recent service delivery protests. Civic organisations like the TCC, he stresses, are quite adept at running on their own steam.

“In Thembelihle, they didn’t lead our struggles,” says Miya. “We led our own struggles but they provided the solidarity we asked for. We, as the TCC, have been pushing since 2001 without any funding. Yes, money is a problem, but we know that to get any funding we have to tap into the people because what distorts and destroys the struggle is money.”

If Numsa was seen as the benevolent messiah, there to redeem the working class and the unemployed through its sizable coffers, it’s time for a rethink, say activists.

“Since we started, most of the money is coming from Numsa,” says Ngwane. “Our [UF] offices are in Eloff Street [Johannesburg], Numsa’s offices. Numsa is not bankrupt, but the department of labour is turning the screws on them. They are not getting their agency fees, which amount to millions of rands. The bosses are ganging up on them, suggesting that they might be abusing the money by funding the front. What I’m saying is Numsa hasn’t got endless money but they are willing to fund it.”

The Johannesburg region launch of the UF later this month is apparently being partly funded by all the participating organisations, which augurs well for self-sufficiency.

Postponing the national launch has an upside. Tebza Mokgope, of the Kwatsaduza Community and Workers Forum, which combines workers and residents in the East Rand townships of Tsakane, Duduza and KwaThema, says this buys time to build structures.

“We still need support from workers in community struggles and vice versa,” he says. “But we are having political discussion forums almost every week in areas such as Katlehong and Daveyton. These involve community organisations, church organisations and other movements.”

Another dynamic, Mokgope adds, is “not all Numsa members are convinced of this project. Their participation is lacking in some townships of the far East Rand, Vosloorus and places like that.”

A clear radical position could breathe new life into the UF, Mokgope believes.