Madiba and his Day crassly cheapened 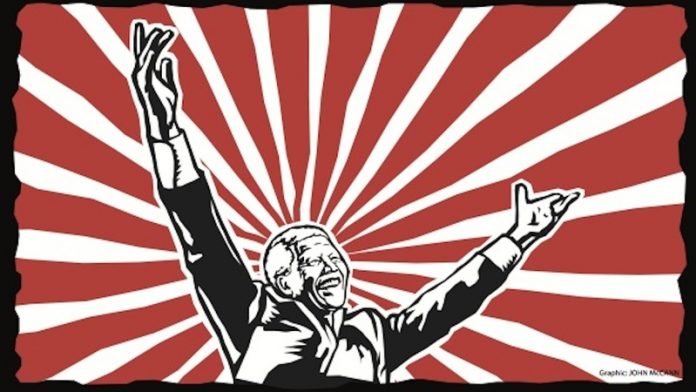 At the rate we are going, I fear that the Mandela name might soon be turned into a royal priesthood, a dynasty, a title, or an office, like the Pope or the Dalai Lama – particularly given the flourishing industry of Mandela hagiography and the rampant Mandelafication of the South African struggle.

If that were to happen, South Africa’s first democratic president, Nelson Mandela, would, in retrospect, be reconfigured as His Majesty Mandela the First. After that, and once the initiation rites and rituals necessary have been performed on him at the break of dawn by the banks of the Mbashe River outside Qunu, Thabo Mbeki would become His Majesty Mandela the Second.

Ladies and gentlemen, at this point, would you be so kind as to allow me the opportunity to introduce you to His Holy Majesty Mandela the Fourth, Jacob Gedleyihlekisa Zuma, ruler of Mandelaland, formerly known as the Republic of South Africa. And applause would follow. (Kgalema Motlanthe was the third president, for about seven months.)

The spectre of a world-saving Nelson Mandela akin to the superfit main character, Shane Wolfe, played by Vin Diesel in the film The Pacifier is patently mythical and totally ahistorical. Remember the antics of Wolfe in defence of the vulnerable but rebellious children of his master, performed to the sound of the song Everyday superhero by an American rock group, established in 1994, called Smash Mouth? Remember the catchy, thinly veiled, immodest refrain in the song, which went: “I’m just your average ordinary everyday superhero”?

How have we transformed Mandela into a universal “average ordinary everyday superhero” who, with a pacifier in hand, is supposed to liberate and protect each and every one of his vulnerable but rebellious children? Or is Mandela the pacifier? How have we conferred on him the exaggerated honour of having single-handedly created the New South Africa ex nihilo?

We should explore deeply what it is that is being camouflaged by the social neurosis that makes it necessary for a superhuman Mandela to be so badly needed by a permanently infantilised populace, seemingly. What kind of lack, shame, fear, defeat or fantasy lies behind the mask of a flawless Nelson Mandela?

At this point I am reminded of the famous words of Cassius in Shakespeare’s Julius Caesar: “The fault, dear Brutus, is not in our stars, but in ourselves, that we are underlings.” Incidentally, this quote comes from a conversation in which Cassius is trying to persuade Brutus to stop Caesar from becoming a godlike monarch because he was already drunk with power. In the end, Cassius seems to have succeeded in persuading Brutus to “love Rome more”, with the dire consequences that have become the stuff of legend and the compelling plot of Shakespeare’s Julius Caesar`.

These and similar thoughts flooded my mind as Mandela Day was being observed. The thinly disguised self-promotion, the stampede for the microphone, the verbal and photographic selfies that flood the media, the vicious (party) political scrumming that happens on and off stage for possession of the Mandela name – all these seem to have become a normal part of South African observance of Mandela Day.

When I see some of the self-serving shenanigans that take place on Mandela Day, the extent to which folk will go to promote themselves, their institutions and their causes; when I see the less than subtle forms of poverty porn being paraded before a nation ravaged by rising inequality; when I consider the possible normalisation of the giving of crumbs, leftovers and second-hand clothes to the growing number of leftover people; when I see the hastily assembled, makeshift, image pawn spaza shops of all manner of shape and form, designed to reposition personal and institutional brands on the backs of the poor and marginalised; all in the name of charity and in the name of Nelson Mandela, I say, Lord have mercy! Nay, I say, praise be to God, that every day is not a Mandela Day.

Many of the hedonistic Mandela Day shenanigans do not merely provide wrong meaning to the Mandela legacy. Like the antics of the fake interpreter at Mandela’s funeral, the meaning intended by their blown-out-of-proportion gestures is not intended for those who are supposed to be their primary beneficiaries.

Do you think the Mandela funeral sign-language interpreter cared a hoot about the deaf and the hard-of-hearing? The performance is aimed at the performer himself, the camera before him and the eyes of those who have no hearing impediments.

And who knows what unholy tender rationing, performance bonuses, apportioning of shares and equities as well as other hidden benefits will accrue in the process of and because of the self-marketing threatening to derail International Mandela Day?

Surely, Mandela Day must be more than a day of inconsequential random kindness of the haves to the have-nots – a day for do-gooders to revel in their self-proclaimed goodness. This day must do more than dry-clean the consciences of the rich and famous. I could be wrong, but I would like to believe that International Nelson Mandela Day was not created so the rich may sleep better at night.

And yet I am haunted by a thought planted in my mind by University of London academic Slovaj Zizek in a piece on Nelson Mandela. In it, Zizek wonders if the very reason that Nelson Mandela has been elevated into a universal hero is not proof that his life work “did not disturb the global order of power” and that his beatification may be a mask of “bitter defeat”.

These are scary thoughts. But they demand our attention. If Mandela did not disturb the economic global order of inequality, why should his day and his name not be (mis)used to celebrate and reinforce that order?

In his article, Zizek also suggests that Mandela was too discerning not to see the elaborate disguise and the implications of his failure to shake the global and national economic arrangements.

So Zizek suggests Mandela must have been “at the end of his life also a bitter old man”. Eish.

Professor Tinyiko Maluleke teaches at the University of Pretoria