No soul to save in EFF, says ex-ally Mngxitama 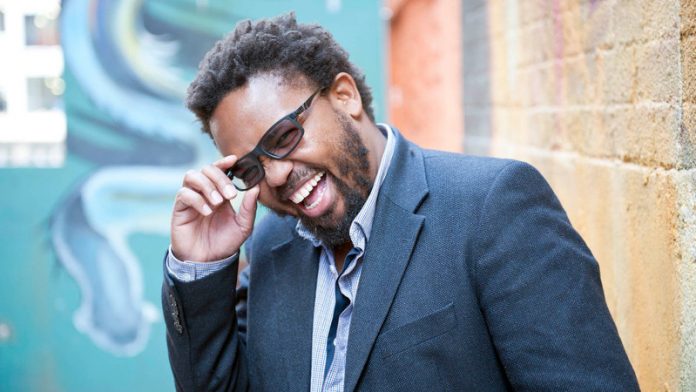 The Economic Freedom Front (EFF) is beyond redemption. Its soul cannot be saved and a new party is needed, according to its former commissar for land and agrarian reform, Andile Mngxitama.

Step back to the spring of 2013, when Mngxitama joined the party as commissar for international relations. Justifying why he had made the decision to join, Mngxitama said: “It became useless and childish to insist on developing a politics outside of the space [Julius] Malema was operating in. He had already appropriated our agenda, our politics.”

By “our”, Mngxitama was referring to the September National Imbizo (SNI), a leftist advocacy group he co-ordinated that then joined forces with the EFF.

Fast forward to winter 2015. After an episodic, spectacular falling-out with the EFF, Mngxitama is again pursuing leftist politics outside of the EFF.

“I have lost all hope and respect that the EFF can carry out a revolutionary project,” he said this week.

Public end
The statement publicly signals the end of his participation in the Save the Soul of the EFF campaign, initiated in February by Mngxitama and his by then disgruntled fellow MPs: Mpho Ramakatsa, Khanyisile Litchfield-Tshabalala and Lucky Twala.

Among other things, the four accused EFF president Malema and his deputy Floyd Shivambu of mis­using party funds. They also accused Malema of negotiating future co-option of the EFF into the ANC with an anti-Zuma ANC faction.

“I have looked very hard in every corner of the country for the soul of the EFF. I have come to this very sobering conclusion: there is no soul to save in the EFF,” said Mngxitama.

He has spent his time outside of the EFF consulting everyone, from EFF membership to progressive academics and people not involved in politics, he said.

“I am persuaded that there’s a need for a new political party.”

Although he did not specifically refer to the SNI as the driving force of this new initiative, a document supplied to the Mail & Guardian by an SNI member detailing a resolution taken by the SNI’s national co-ordination committee earlier this month suggests this could be the case.

After bemoaning the slow pace of the land reclamation programme, the document’s last paragraph says: “The SNI hereby resolves to support the establishment of a movement based on these two considerations: Black first! Land first!”

What Mngxitama would concede, when made aware of the M&G‘s possession of the statement, was three major propositions that had emerged from his consultations with the SNI block.

“One is that people must stay in the EFF, try to save the soul of the EFF, and try to bring it back to its original path. It’s a long-term ­programme, with the hopes that in 10 to 15 years the party might reconstruct itself.

“That option has been raised but there is no support … because ‘We are in the EFF, which is a breakaway of the ANC for the same reason that Irvin Jim and [Zwelinzima] Vavi [the expelled general secretary of trade union federation Cosatu] are [thinking about] forming a party, so why would we do that?'”

The third option, which Mngxitama says is widely supported in the SNI, “is that EFF has abandoned the route to revolutionary politics and there must be a [re]constitution of a new movement, a new party outside of the EFF”.

In 2013, as a new member ingratiating himself to the EFF, Mngxitama paraphrased former Soviet Union premier Vladimir Lenin by saying: “Real politics starts when you are talking not at the level of thousands but at the level of millions.”

Asked for an estimation of numbers of people who would hypothetically latch on to the option of a new party, Mngxitama said: “We are not playing numbers. One of the biggest scourges of neocolonial politics is playing numbers games without strong ideas. Of course we want numbers but we want to build them with quality.”

Menzi Maseko, a KwaZulu-Natal-based SNI member in the EFF, said the SNI probably had 1 000 members and about 3 500 sympathisers.

“The SNI was like an ‘open secret’ group; people were invited to join [it]. The relationship with the EFF was people would have dual membership,” Maseko said, adding that, at present, “there have been no instructions to [SNI] members to stop being members of the EFF, it’s a personal choice”.

The SNI bloc is said to have been instrumental in the scripting of several key EFF documents, such as its constitution, its founding manifesto and the adoption of the Sankara oath, which addresses the use of public services by public servants.

‘Selling out’
Of the litany of EFF “capitulations” that he reeled off, Mngxitama prioritised the party’s “selling out on the land question”. He said Malema did this in a speech to the Gesprek Forum in Paarl.

Mngxitama wrote about this in an article entitled “How Malema sold out on land reform”, published on May 10 in the Sunday Independent. “He briefed the white land-owning oligarchy in Stellenbosch and said, ‘Actually, the EFF is not interested in taking your land if your land is under cultivation … The land that we want is land that you don’t use. And he said, among other things, ‘Please give us some money.’ So he went there to sell the land policy for money from the landed gentry.”

Zanele Lwana, an interim spokesperson for the SNI, said the SNI had not operated as a mass movement and was still in discussions to “massify” its ideas.

“With the EFF, the land programme has been reduced to a residency programme where people are being told to occupy land in the township, so it becomes an extension of poverty.”

He said they were considering talking to the Pan Africanist Congress, the Azanian People’s Organisation and the Socialist Party of Azania.

In part two of a series on the lives of farm dwellers, Tshepiso Mabula ka Ndongeni finds a community haunted by the scourge of eviction
Read more
Politics

In its latest policy documents, the ANC is self-critical and wants ‘consequence management’, yet it’s letting its members off the hook again
Read more
Editorial

All the contenders are deeply flawed, losing support, or both
Read more
Education

The president was answering questions before parliament, where he also told the EFF to allow the courts to decide on the matter of the CR17 bank statements
Read more
Politics

MPs can’t seem to stop the house from degenerating into screaming matches, even during virtual sittings, as exhibited when the deputy president answered questions in the NCOP on Wednesday.
Read more
Advertising