Look to owners and state for ‘bad buildings’ 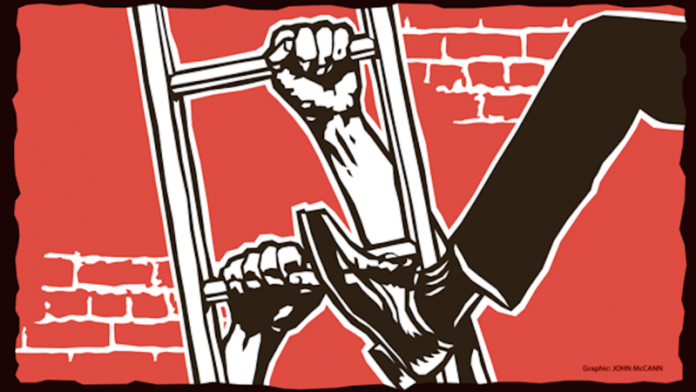 In the past few weeks, hundreds of people have been evicted from their homes in Berea, Johannesburg, mainly from a building known as The Ridge. After these evictions, the familiar discourse of “bad buildings” and their adverse effect on the development potential of Johannesburg’s inner city has once again come to the fore.

In the Mail & Guardian last week, Lisa Steyn penned a lengthy contribution to this discourse (When good property turns bad). She suggests that the conditions in so-called bad buildings in the inner city, and the lengthy legal proceedings that building owners face when trying to evict their occupiers, are discouraging investment in the inner city.

The article ignored crucial information, standing up various straw men to perpetuate well-worn stereotypes about the inner city and the people who live there. For instance, the assertion that the residents of Chung Hua Mansions have turned down offers of alternative accommodation is clearly designed to paint the people living there as irrational and stubborn.

The trouble is that what the article says is just not true. An offer was made to relocate the Chung Hua residents to the Linatex building. The offer came with strings attached. It was limited to six months’ accommodation, after which the residents would be forcibly evicted without a court order. Men and women would not be allowed to live together, even if they were married, and so families would be split up into prison-like gendered dormitories. The residents would not be allowed to live in the building during daylight hours.

These conditions are so unreasonable that a high court recently declared them to be unconstitutional. Despite this, the residents engaged with this offer and accepted relocation to Linatex. In the end, though, Lintatex had to be used to house the residents of the Moth building, also in the inner city, who had been forced from their homes by a devastating fire.

Nevertheless, on the strength of the false claim that the Chung Hua residents refused an offer of alternative accommodation, the article suggests that court proceedings to evict individuals in the inner city are unnecessarily laborious, costly for property owners, and therefore a deterrent to investment.

It also failed to mention that it is not lengthy court processes that prevent the development of “bad buildings”, but the fact that the City of Johannesburg has dragged its feet for more than three years in complying with a 2011 Constitutional Court judgment, known as “Blue Moonlight”, which requires it to provide emergency shelter to anyone made homeless by an eviction. It has also ignored three other court orders compelling it to provide the residents of Chung Hua with emergency accommodation.

Only after the mayor and other individual functionaries of the municipality were made personally responsible for seeing to it that shelter is provided to the Chung Hua residents has the city committed to relocating the residents by the end of September this year.

Steyn has the luxury of encountering what she calls “the rotting carcass” of the Chung Hua building from the “clear vantage point” of the fire escape of the adjacent building. She rightly points out that conditions there are desperate. The Chung Hua residents are living their lives, and families are raising children, in an environment that makes dignity a daily struggle.

But Steyn neither entered the building nor spoke to any of the people who live there, as the attorneys from the Socio-Economic Rights Institute (Seri) have done regularly for the past five years. Had she done so, she would have learned how the residents have waited for an alternative while the city has resisted providing accommodation at every level of the courts.

The article fails to engage with anyone outside the state or the real-estate sector. The story of The Ridge building and similarly situated properties is narrated through the eyes of landlords, developers, city officials, real-estate agents, financiers, and their attorneys. Woefully absent from the discussion are the voices and experiences of a single resident of a “bad building”.

The article suggests that the conditions in “bad buildings” are more of an affront to the objectives of private developers than to the people who must bear them. It is very concerned with the allegedly unhygienic impact of the building on nearby developments, but chooses not to ask how Chung Hua came to be in a state of such abject disrepair in the first place.

The answer to this question is that the owner of Chung Hua criminally and forcibly removed the people from the building and proceeded to demolish the building’s plumbing, windows, doors, walls and bathrooms. He then set fire to the ground floor to make access to the rest of the building impossible. Because they had no other place to go, the residents returned to their homes, constructing a makeshift staircase to the first floor.

In a second attempt to evict the residents illegally, the city’s own police force destroyed the staircase in 2013. Again, the residents returned and rebuilt a ladder to gain access to their homes. The building had been clean and safe until these wanton acts of destruction, which were clearly intended to achieve an eviction through the back door. In reality, it was the owner who created the harsh and inhumane conditions in the building.

To treat the poor as though they are invisible, as the M&G article does, permits property owners routinely to disregard residents’ legal rights by pushing eviction cases through the unopposed court hearings – or, worse yet, effecting illegal evictions without any court oversight.

In the eviction that happened at The Ridge, the court failed to make provision for alternative accommodation for those rendered homeless by the eviction. Yet it was clear that many of the evictees had nowhere else to go.

When we turn a blind eye to the realities of our neighbours, the social cost can be massive. The M&G article proceeds as if “bad buildings” are full of “bad people”, who ought to be evicted. This logic excuses the state from applying its mind to the crucial task of delivering housing to the unhoused in the inner city. Instead, the state expends huge sums of money on ad hoc interventions and lawyers retained to defend in court its failure to provide housing.

The occupants of “bad buildings” are, in reality, individuals and families who would happily relocate to stable and affordable flats if any were available. If the voices of the poor were at the centre of the debate on housing and urban policy, we could begin to ask why this is not possible for people like the residents of The Ridge, Chung Hua and other “bad buildings”. The state could appropriately target the gaps in its policy that housing-sector officials acknowledge exist (the lack of alternative accommodation and affordable rental options) and work with the private sector to fill that void.

It is important to emphasise the broader context of the access to housing here. It is the residents of Chung Hua, and others living in similar conditions to them, who have fallen into the gap left by the public and private sectors’ continued failure to provide adequate low-cost rental accommodation at scale. Research conducted by Seri has revealed that the cheapest rental options available in the inner city are too expensive for about half of the households living there.

The state has responded inadequately to urbanisation in South Africa and much of the housing in Johannesburg’s inner city has been left to the private sector, whose profit-driven models make no room for the poor. As a result, residents of the inner city cannot afford the accommodation provided by private developers and social housing institutions; they have no option but to take up residence in a “bad building”.

The state can and must increase the availability of dignified and affordable housing, and foster the development of a city that all can enjoy. Municipalities must take seriously their basic obligations to comply with the Constitution. Beyond this, the government should work with those living in unsafe buildings to secure alternative accommodation – not just begrudgingly, when a court order requires it, but proactively, whenever someone actually needs it.

Instead of decrying the inconvenience caused to property owners by “bad buildings” and the people who live in them, the M&G would have done better to investigate the state’s failure to develop a model of public rental housing that is truly affordable and accessible for the poorest people in the city.