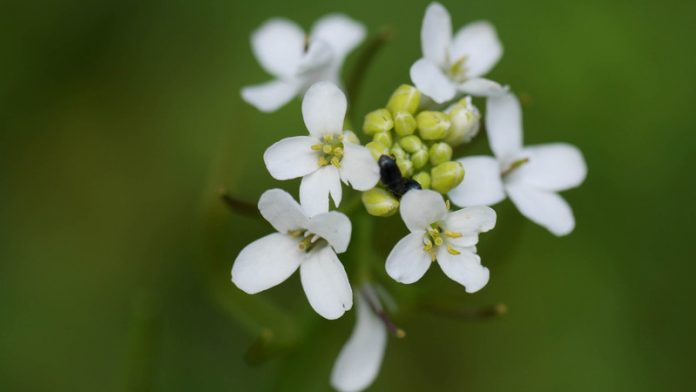 Every plant has an immune system, and if you look at the black mould that grows on your onions, or the disgusting slime that coats those marrows that have been left in the fridge a little too long, you’ll see that plants have an important need for defence. There’s a reason why certain tomatoes start cultivating farms of fuzzy fungus before others, and this is what I am interested in.

Scientists are keen to figure out how exactly plants are able to defend themselves and why some are better at it than others. By investigating how plants fight disease, scientists could design crops that are better able to resist infection by fungi and bacteria, an incredibly important feat when you consider the billions of rands’ worth of crops lost every year to pathogen attacks.

Most crop species were domesticated thousands of years ago and have undergone selective breeding to enhance features that are desirable to farmers, such as massive fruit and increased yields. The most efficient way of ensuring that a feature you desire is passed on to subsequent generations is to breed individuals with that feature with others that have the same feature –in other words, keep it in the family. But inbreeding can lead to genetic problems, mainly through a loss of genetic diversity. So, over thousands of years of selective breeding we have been left with sexy plants with big, juicy mangos that are, unfortunately, very vulnerable to disease.

Genetic modification
This ancient genetic engineering – selective breeding is a form of genetic modification – was often hit-and-miss, and with very little understanding of the basic principles of genetics, it took a very long time for farmers to see the fruits of their labours. Today, our knowledge of genetic inheritance has greatly improved. We know that DNA is responsible for coding genetic information, and by manipulating DNA we are able to introduce or remove features that we desire or dislike. This means that we don’t have to spend another thousand years building up crops’ disease resistance – and with human population levels soaring, this can only be a good thing.

But nothing is ever that simple. First, although our understanding of the plant immune system has expanded in leaps and bounds over the past decades, there is still much that we don’t know. For example, we know that plants and bacteria have be locked in a dramatic arms race for thousands of years, but we are continually surprised by some of the more covert strategies we find emerging on both sides of this war. It is important to understand the details of how plants fight infection so that we know how exactly to manipulate DNA to improve disease resistance.

Second, science is hard. What should work in theory, often does not work in practice. There are labs full of sleep-deprived students floating around universities with a characteristic haunted look that can only come from repeated failed experiments. Let’s just say that science builds character. But occasionally there are breakthroughs where an experiment works and progress is made.

My project involves teasing out the details of how plants resist disease. The small and unassuming Arabidopsis thaliana is the plant I work with, and although it produces pretty little white flowers during its short four-week life, it is often considered a weed. A. thaliana is the lab rat of the plant world, meaning that it is a good model for general plant biology. I began by trying to identify the gene responsible for a mutant A. thaliana plant that is unusually resistant to bacterial infection. The mutant is called constitutively induced resistance 1 (or cir1) because it constantly mounts a defence response, even if there are no invading bacteria around. That is like a person persistently having a fever, even when they are not trying to fight off infection.

When scientists talk about a mutant, they refer to a plant or animal that has a change in its DNA that distinguishes it from normal individuals. We know the mutation in the cir1 mutant is a “loss-of-function mutation”. That means there has been a change in the DNA of a particular gene that has caused the gene to stop working. Using some deductive reasoning, we figured that if the gene is “broken”, and this loss of function has led to the plant defence system being turned on, then the normal “working” gene probably functions to turn the plant defence system off. But why have a gene that suppresses the immune system? Isn’t that dangerous?

Actually, plants need to be able to control when they mount an immune response, and when not, in the same way that humans do. Otherwise the plant, like a human, has a continual “fever”, which is the situation the cir1 mutant is in.

Challenge
The challenge was now to try to find which of the 27 000 genes in the A. thaliana genome changed to cause this constant defence response. Luckily, former students in our laboratory narrowed the search down to eight candidate genes, one of which seemed particularly promising. To see if a change in this candidate gene would activate the plant defence system, we analysed plants in which we knew there had been a change in the DNA of the candidate gene. And these plants, like the cir1 mutant, were resistant to bacterial infection.

It seemed like we had found the gene that we were looking for, but science takes time and involves a lot of trial and error. It turns out that the candidate gene was not actually responsible for the cir1 mutation, and neither were any of the other likely candidates. We have identified a new gene that seemed to be involved in the suppression of the plant’s immune system, one that has not yet been looked at in any great detail. Who knows what else we will find?

This research contributes to an increasing body of knowledge that one day just might change the world. Scientific progress is often incremental, and with each new discovery (however small or seemingly insignificant) we improve our understanding of the universe. Unravelling the “how” of the plant immune system could one day help feed the world.