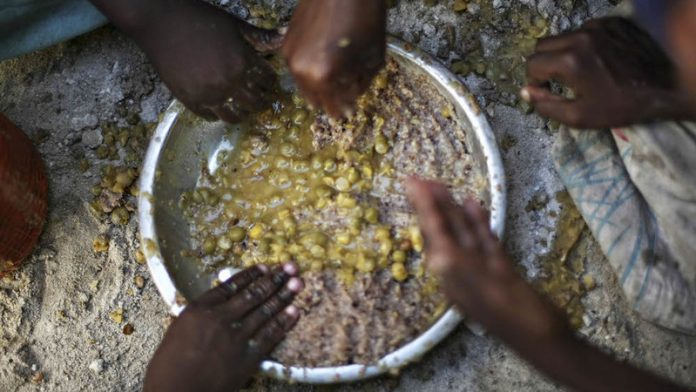 In September, heads of state from every country will meet at the United Nations in New York to agree on development targets until 2030. These will directly affect the flow of $2.5-trillion in development spending over the next 15 years, along with countless trillions from national budgets in South Africa and elsewhere.

The targets are designed to replace the 18 highly successful targets of the Millennium Development Goals. This time leaders are expected to endorse an impossible agenda of 169 targets, covering everything from gender-based violence and sustainable tourism to education, malnutrition and climate change. There are simply too many targets. This means scarce funds will be spent across effective and ineffective targets. The natural political inclination is to promise all good things to everyone.

But some development investments generate much higher economic, social and environmental benefits than others, per amount spent. We should focus on these.

To establish what would do most good, the centre commissioned research from 82 of the world’s top economists and 44 sector experts from the UN, nongovernmental organisations and businesses. They established both the cost of the proposed targets and their social, environmental and economic benefits.

The analyses suggest that some of the targets are barely worthwhile, producing only a little more than one rand in social benefits per rand spent, whereas others produce much, much higher social returns.

A panel, including several Nobel laureates, reviewed this research. They identified which targets would do the most good for humanity and proposed that policymakers focus on just 19 targets. Estimates indicate that doing so would generate more than four times greater benefits compared with the UN’s 169 targets.

This is a crucial input for the UN process and will undoubtedly help leaders make better choices for the next 15 years. But development priorities are too important to leave to politicians, academics and economists, which is why we have held global youth forums asking future decision-makers which targets they would prioritise.

At the youth forum held in Cape Town, organised by the centre in partnership with the University of Cape Town, 22 youths stepped into the role of the Nobel-laureate economists to provide a uniquely young and South African perspective on development priorities.

Hunger is the focus of the top two development targets South African youths would like to see prioritised. Focusing on reducing child malnutrition is an important priority in a country where nearly one quarter of children are stunted. Better nutrition would improve childrens’ cognitive ability and eventually make them much more productive. Every rand spent will do R45 of good.

The youths’ second priority focused on research to boost crop yields. This would help improve nutrition in the long term. Its benefits are valued at R34 of economic and social benefits for every rand spent.

They also prioritised cutting tuberculosis deaths by 95%. Investing in this target would yield benefits worth 43 times more than the amount invested. According to the World Health Organisation, in 2013 there were an estimated 450 000 cases of TB in South Africa, and 25 000 deaths from the disease. Investment in the detection and treatment of TB could minimise the number of preventable deaths.

There is a strong overlap between the targets the South African youths and the Nobel laureates would like to see become priorities. Crucially, both groups point out that world leaders should not attempt an impossible 169 targets but should rather focus on the smartest targets first. I will take that message to the UN meetings in New York and to decision-makers around the world.

Dr Bjorn Lomborg, the director of the Copenhagen Consensus Centre, was named by Time magazine as one of the 100 most influential people in the world