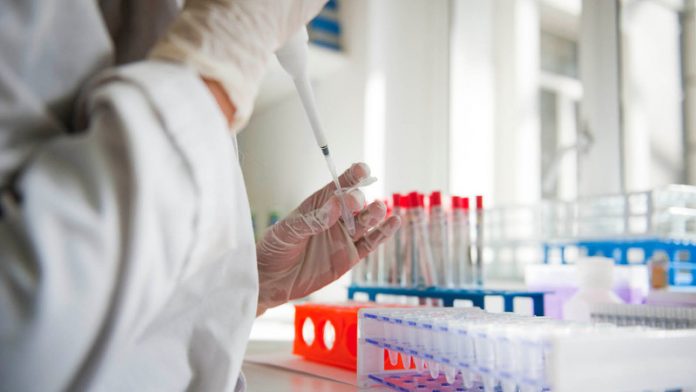 It sounds too good to be true and, according to some scientists, it is: a diet designed for your genetics.

South African company DNAlysis Biotechnology is offering consumers a DNA diet, which includes a test for 13 genetic variations associated with obesity, to tailor a diet for a person’s specific genetics. But geneticists and nutritionists dismiss the diet as unscientific.

Obesity is a major health concern globally, with two in five people overweight and more than one in 10 obese. According to the most recent World Health Organisation (WHO) report, one in four South Africans is overweight or obese, putting them at risk of developing a number of diseases, including diabetes, cancer and cardiovascular disease.

To date, there has been no national success story in trying to curb obesity. This is because it is a complex interplay of genetics and environment.

A Giant (Genetic Investigation of Anthropometric Traits) study published earlier this year, which analysed more than 300 000 people’s genes, found more than 140 locations across the human genome that are implicated in controlling fat distribution and body weight. A gene is a part of the genome.

“There are possibly dozens of genes that govern obesity risk and weight management responsiveness, and clearly we do not analyse them all,” says Danny Meyersfield, the founder of DNAlysis Biotech­nology. “For inclusion in our tests the association of the gene with a particular outcome needs to have been replicated in a minimum of three research studies, and published in peer-reviewed journals.”

Gene variations
The idea is that variations in a specific gene, known as gene polymorphism, affect a person’s fat absorption and metabolism, insulin sensitivity, feeding behaviour or fat storage, among other things. Based on the outcome of the DNA diet report, a dietician will advise a patient whether they should be on a low-fat, low-carbohydrate or Mediterranean diet.

A DNA diet test costs between R1 500 and R2 000, depending on the cost of the practitioner’s, or dietician’s, consultation.

“We are currently running approximately 400 to 500 DNA diet tests per month,” says Meyersfield.

The company, which began in 2008, said it had trained more than 500 practitioners over the last seven years, many of whom are dieticians.

But Nigel Crowther, the head of research at the department of chemical pathology at the National Health Laboratory Service and University of the Witwatersrand, is sceptical about personalised genetics-based diets.

“Probably less than 1% of the variation in body mass index [BMI, the height-weight ratio] can currently be explained by known polymorphisms. At the moment we have too little knowledge about the genetics of obesity and the interaction of diet with our genome to know what diet would be appropriate for weight loss in one individual person. The same can be said for exercise interventions as well.

“The diets they are using would cause weight loss in most people, irrespective of their genetic make-up, if they stuck to the diet.

“It is possibly true that some people will find it more difficult to lose weight than others because of their genetic constituents. However, at the present time, we simply do not known enough about the genetic aetiology [the study of causes] of obesity to identify these people,” says Crowther.

Joffe, a nutrigeneticist who was responsible for devising and consulting on DNAlysis Biotechnology’s DNA diet test, says: “We know that some people will absorb X amount of fat and others Y. We don’t know [the behaviour] for every single gene, but we know it for many. With polymorphism, the activity of the gene is changed … I want to understand what the single nucleotide polymorphisms are doing, but also what in our diet or lifestyle environment changes how the gene is expressing itself.”

Marjanne Senekal, the head of the division of human nutrition at the University of Cape Town, says, like Crowther, that the “current status of science on genotyping for personalised weight loss does not support the [application of this science] in actual patient/client management, thus the DNA diet is not sufficiently evidence-based”.

“Although susceptibility screening and personalised dietary advice looked very promising in the 1990s, as research further explored these concepts it became evident that the situation is far more complex than initially anticipated, with literally hundreds of gene variants interacting with each other, diet, physical activity and other environmental factors in the case of obesity and chronic diseases such as heart disease and diabetes,” says Senekal.

Limited studies
According to a number of research papers, however, people who are on genetics-based diets do lose weight. But the authors of these papers say that such studies are limited because the weight-loss might be the result of increased diet compliance because the subjects feel that the diet is tailored to their genes.

Asked for scientific proof that this diet would make people lose weight as a result of their genetics rather than losing weight because they were eating more healthily, Joffe says: “The only proof we have is that we have a number of practitioners all over the world using it. We know that you get better results.”

Robyn Rees, a dietician based in Johannesburg, offers the DNA diet to her clients. “Some clients will contact me specifically because they saw that I [offer the DNA diet] and want me to do it for them. Others, if it is a difficult case and I think I might get more results using the DNA diet, I suggest it to them, but I don’t use it across the board.”

Asked if the diet could keep people motivated and have a placebo effect, Rees says: “Not placebo, psychology. They feel the recommendations given are more individualised, which they are … Your genes load the gun, but lifestyle pulls the trigger.”

Weight a sec, is that healthy?