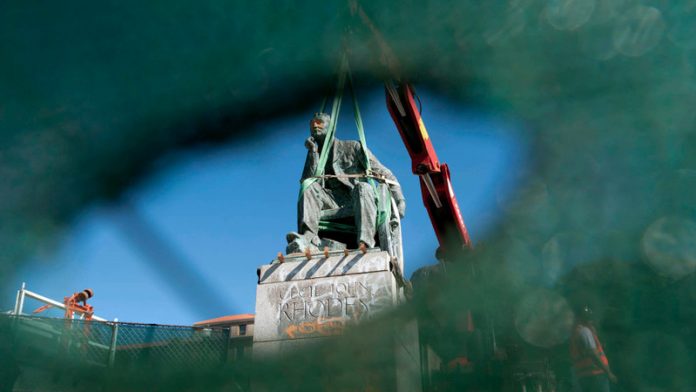 Much has changed in higher education across Africa in the postcolonial era. Enrolments have risen substantially. Black vice-chancellors have been installed in many of our universities. Previously underprivileged students are gaining access to universities in increasing numbers. The numbers of indigenous staff members in academia have been climbing steadily.

Yet much has also stayed the same. Success rates in many academic programmes continue to follow the contours of students’ race and socioeconomic backgrounds. Educational wastage statistics in terms of dropping out, noncompletion and delayed completion of degrees, as well as the quality of degrees attained, are also evidence of these patterns.

The curriculum taught in many university classes has not changed substantially. The professoriate continues to be dominated by white professors, who populate the highest decision-making structures in many of our universities.

Worse still, new challenges have beset the postcolonial universities in Africa, including reduced government spending on higher education; diminishing resources to support research, teaching and learning; the continued and increasing migration of African talent to richer universities in the north; governance and management challenges; and a very sluggish approach to the notion of decolonising or Africanising the university curriculum.

The point about transformation is that it changes things fundamentally and permanently, and is designed so that it does not easily return to the original status quo.

Sociologist Jack Mezirow’s view of transformation is particularly instructive. He suggests that “transformation is irreversible change that alters the status quo in fundamental ways, allowing the person, organisation or system to embrace and promote a totally different world view and, in the process, enlarging that new world view”.

It seems clear that transforming our higher education systems requires much introspection at multiple levels, including the ideological, the strategic, the structural and the human. Curricula and knowledge production systems also need to transform not only to correct past injustices but also to envision new directions – and, in particular, to create a broad-based Afro-global higher education system. Achieving this through ordinary conceptualisations and change strategies will not be enough. Change alone can be easily reversible. For example, we can change ice into water by heating it. But can we get back the ice by simply reversing the process – by removing the heat? I would argue that many of the changes that have taken place in our universities in the postcolonial era represent this type of change.

Opening up access to previously underprivileged students without making sure that they have the same access to knowledge and will have the same opportunities to succeed as their privileged counterparts is hardly transformative. Educationist Wally Morrow coined the term “epistemological access” to argue the same point. In other words, increasing access on its own is merely changing the system physically and, I maintain, cosmetically.

When the heat is turned on, the new participants melt out of the pot, dropping out in numbers, failing their courses or unable to complete their studies on time – and, for those lucky enough stay the course, exiting with relatively poor passes. Our higher education systems have thus not been designed to transform things in real, fundamental ways.

Another example of change that has little potential for transforming our universities is the fast-tracking of the black professoriate. Among other voices, Jacky Lumby at the University of Southampton has legitimately argued that change is about the people. Without a sizeable black professoriate in the highest ranks of decision-making, she contends, meaningful change has little chance of taking place in the postcolonial university.

I have sympathy with this argument, but I would further like to argue that two things might reduce the transformative intention of this process. The first is that the black professors often need mentoring, which at this stage is likely to be provided by the old guard. The potential of producing more of the same is something the universities will have to guard against.

The second point is that becoming a professor is not just a process of producing a long list of publications. It is, above all else, being acknowledged by local and international academia for making a significant or outstanding contribution to our understanding in a given area.

That can take a little more time than what is needed to fast-track the black professoriate.

Putting in place mechanisms that protect the gains we can make through such processes would lead to sustainable transformation in higher education.

In addition, changing higher education through mere reforms will not be adequately transformative. Transformation goes beyond ordinary reform. For example, the churches that broke away from the Catholic Church during the period of the Reformation were not in dispute about the purpose of Christianity and about Christ as the saviour, but about ways to demonstrate this belief. The reformed churches thus serve the same God and all believe that salvation comes through Christ. But they do things differently.

I am a little unsure about whether we have redefined a new purpose for the postcolonial democratic university in Africa. My guess is that the purposes have largely stayed the same.

I am convinced that our universities continue to act first and foremost as sieves through which they sort the grain from the chaff. In other words, they continue to perform a social stratification role. Second, they continue to act as incubators for new ideas. Yet, unlike actual incubators, our universities do not provide homogenous conditions for all to succeed. Third, they persist in their roles as temples for the production, promotion and preservation of complex cognitive values. These values, however, continue to be largely elitist and not broad-based, and the ceremonies conducted in these temples embrace very few, if any, of our traditional values.

Finally, our universities serve as hubs for knowledge generation and dissemination, even though much of the best knowledge produced in African universities continues to be disseminated at the discretion of publishers in the West. Moreover, when such knowledge gets published in expensive journals, its accessibility to those who need it most on the continent becomes a matter of serious concern.

A transformed higher education system in postcolonial Africa has to redefine new purposes and consider ways of serving those new purposes for the greater good rather than for an elite minority. A range of new questions need to be asked in the context of the sustainable transformation of our universities in Africa.