Driven dilly by the evil weed 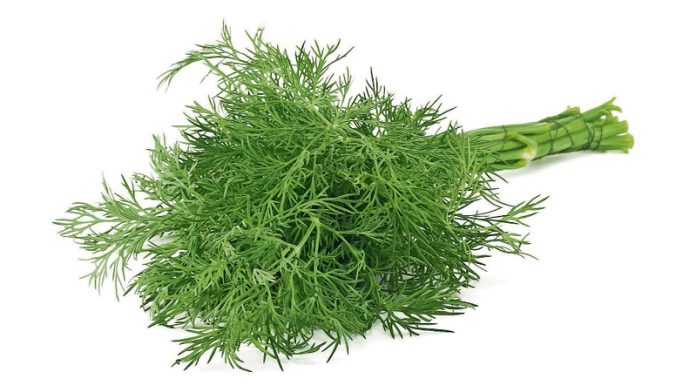 People often ask whether Moscow is a difficult place to live, and I tell them it’s great: exciting, vibrant and with a rapidly improving quality of life in recent years. There is one thing, however, that makes living in Russia a terrifying experience on a day-to-day basis; there’s one pitfall of life that strikes terror into the heart of almost every expat. And no, it’s not the ruthless winter temperatures, nor is it the stifling political climate. It’s not even the lack of cheese on the shelves since Russia’s recent countersanctions were imposed. It’s dill.

Dill is everywhere in Russia. It’s the national herb, smuggled on to every plate as though it was merely seasoning rather than a ruthlessly aggressive flavour capable of sabotaging any dish with just a few of its spindly fronds. A Reuters investigation once found that the average Russian eats enough dill each year to fill a large suitcase.

It’s one thing when dill blankets traditional Russian dishes like the emptied contents of a lawnmower bag, but quite another when it shows up on pizza, sushi and quiches: occasions when you naively hadn’t even thought to request a dill-free meal from the waiter.

It is a sabotage apparently born of a grotesque, atavistic culinary longing, like some deranged Brit on the Costa del Sol lacing a paella with brown sauce.

I know what you’re thinking: gravadlax. Yes, yes. I am willing to accept that there may be a parallel reality in which the taste of smoked salmon is beautifully augmented by dill. But after all these years of dill, you see, I just can’t imagine it. Like a maltreated circus monkey, cowering in the corner every time it sees a human, however well intentioned, I have been ruined by all the years of dill abuse.

You wouldn’t foist a crisp glass of dry white wine on a recovering alcoholic, so leave me alone with your dilled smoked salmon, please. Russians themselves have become so immune to the taste that when the dill plague beneath their noses is pointed out, many react according to the first three stages of the Kübler-Ross scale for dealing with loss.

Dill is not great
First comes denial: “Dill? No, not really. I guess we use a bit, but it’s certainly not everywhere!” Next comes anger: “What is your problem, anyway? If you don’t like it, why don’t you leave Russia? And I know the kind of muck you eat in England, anyway – you make pies out of kidneys, you porridge-munching freaks!” Third comes bargaining: “OK, so we do eat a lot of dill, but we also eat parsley! And anyway, surely you agree that dill is great?”

But dill is not great. And dill is everywhere. It comes in different forms and it is hard to know what is worse: the vivacious, triffid-like full fronds that look as though they might spring from the plate and constrict fatefully around your throat, or the thinly chopped flecks, visually innocuous but impossible to remove from the food.

It’s not just the taste of dill that I find an affront, though that is bad enough. It’s the attitude. It ruins every hue of flavour it comes into contact with, clambering over all the other tastes and overpowering them with terrifying ease.

Every herb has a personality: I think of rosemary and thyme as warm, generous friends, sitting by the fireplace in knitted jumpers and giving you relationship advice. Parsley is probably a fairly boring acquaintance who sits in the corner chattering away, telling long stories you can easily tune out of, while coriander is an exotic and sultry lover. Dill, however, is the culinary equivalent of Francis Begbie from Trainspotting. It has walked in, unleashed a string of obscenities and glassed you in the face before you even knew what was happening.

Dill is everywhere
The only country that eats even more dill than Russia is Ukraine. I’ve even seen a dill fajita in Kiev. And the war has brought a surprising new twist to the dill story. The pro-Russia rebels nicknamed the Ukrainians “dill” (Ukraine and the Russian word for dill, ukrop, share the same first three letters).

The Ukrainians responded by reclaiming the name and setting up “dill battalions” of paramilitaries, who go into battle with dill logos sewn into their combat fatigues. Dill armies: it’s like something from a feverish dystopian nightmare I might have had a few years ago.

But while Russia might be fighting Ukrainian “dill brigades” on the battlefield, the war against the actual herb is as hopeless as ever: dill sushi, dill hummus, dill pizzas and dill gazpacho are all recent sightings. True, central Moscow over the past decade has taken enormous culinary strides. Gone are many of the Soviet-style stolovaya (canteen) cafés; in their place have sprung up hipster coffee bars and Brooklyn-style brunch joints. But even here, the dill monster is never far away.

Take Brix, a delightful bistro near Patriarch’s Ponds – the most affluent and pleasant part of central Moscow, which serves grilled octopus and other exquisite Mediterranean treats. Oh, but hang on, what’s that greenish hue to the steak tartare? Yes, of course, it has been laced with enough dill to feed a family of 12.

“I’m not sure if it’s got dill on it, but if so, could I have it without dill, please,” I said when ordering. The waitress looked at me in disgust. But dill is the whole point of the dish. No, you can’t.”

She was serious, and so I ordered something else. It came with dill, obviously. – © Guardian News & Media 2015