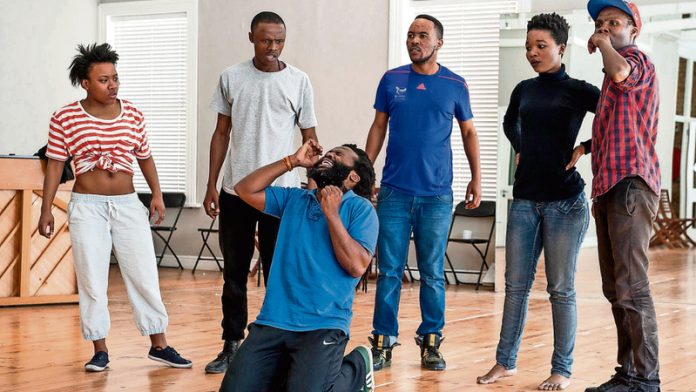 For every great book, there’s someone who wants to put it on the stage with music. South African classics are no exception. The United States’s Philip Glass did it with JM Coetzee’s Waiting for the Barbarians, and Germany’s Kurt Weill did it with Cry, The Beloved Country. Both were risky projects, highly praised.

One is the catastrophic 19th-century event when prophetess Nongqawuse instructed the Xhosa nation to kill their cattle. The other is in the present – a disillusioned returning exile struggling to co-ordinate traditional values with Western economic development.

Mda is convinced they can do it. He doesn’t seem concerned that liberties will be taken. In an email from the US, where he’s a professor in the English department at Ohio University, he told me: “I was not consulted at any stage and that’s as it should be. They must be free to express their vision of the story and to render it in the new medium. There is no story in the world that will not translate to a stage performance when handled by proficient practitioners of the art of the stage.”

Proficient these two practitioners certainly are. Fleishman’s Cape Town-based company Magnet Theatre is a unique pioneering group whose inspired physical theatre has been widely acclaimed. Its long-running production of Every Year, Every Day, I Am Walking, in which Faniswa Yisa and Jennie Reznek movingly explore the migrant crisis, has been seen in 18 countries and won this year’s Creative Works Award at the University of Cape Town. Fleishman is a professor in UCT’s drama department.

Soweto-born, Italy-trained Muyanga is an internationally recognised composer and librettist who fuses African and European music. For 10 years he’s done all the compositions for Fleishman’s 27-year-old company. Most of Magnet’s productions use music in one form or another.

Heart of Redness was Fleishman’s choice. “The cultural context and textures of the material resonated for the young performers we were working with, who came from predominantly Xhosa backgrounds,” he said.

Six are from Magnet; eight from Cape Town Opera. He and Muyanga have collaborated on nine productions and make a potent creative team. First they went through the book together, teasing out opposing themes – tradition and modernity, redness and progress, past and present, rural and urban.

Then in workshop with Magnet performers, Fleishman developed a script adaptation and Muyanga came up with musical fragments that were tested in rehearsal and later written in more extended forms, along with a libretto.

Muyanga says together they’ve developed a language. It’s “not quite theatre, not quite musical, nor exactly lecture, but something of a combination. Here our challenge was to do the original story justice while keeping it a manageable length. We solved it by being open to experimentation and leaving out the superfluous.”

Fleishman doesn’t want people to think this production is anything like a Broadway musical. “What we have tried to do is to initiate a conversation between different singing traditions on the one hand, and on the other, between what is understood as opera and an acting style which, rooted in the physical tradition Magnet has become known for, engages with sound in a broader sense, verbal and nonverbal.

A the mix of traditions
“Transposing a novel to the stage always involves leaving things out. And then one feels terrible because the more one works with the novel material, the more one appreciates the dense weaving of details and textures across time.”

He believes that the novel’s central themes nonetheless will come across. “A lot of that texture and detail lies in the music, the wonderful combination and interaction of the different singing traditions that Neo is bringing together in the score, combined with the novel’s own linguistic textures and cultural specificity.”

Using classical and African instruments, such the umrhubhe (mouth bow) and uhadi (gourd bow), Muyanga scored the music for a chamber group. It flits between bel canto, Nguni song and the township music genre, and introduces the four-part harmonic traditions of the old Apostolic Church and mission schools.

“I find the mix of traditions heady,” Muyanga says. “As part of my research at Wits and UCT I’m keenly interested in adding to the development of a new black aesthetic for opera, locally and abroad. We’ve had opera practice for nearly 150 years in the black community. It’s time we took on the genre and shook it a bit.”

Mda will be in South Africa this month and is hoping to see the production. He shuttles between the US and South Africa but has no plans to return home to live. “I spend almost one-third of the year in South Africa. Why would I want to live there only?”

Heart of Redness is at the Fugard, District Six, August 19 to 22