Marikana: A massacre by any other name 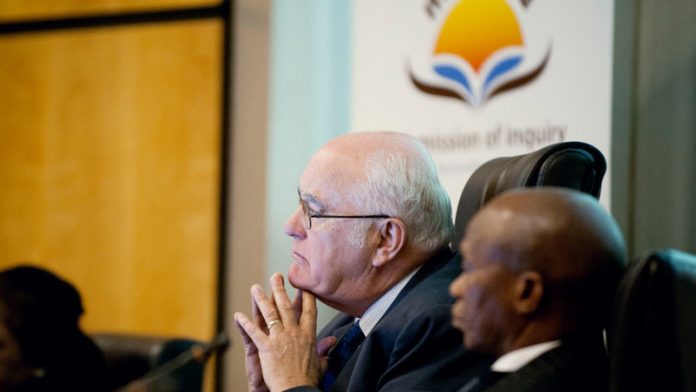 One of the subjects of dispute at the Marikana commission was the word “massacre”. Eventually, following repeated objections from the police, the commission ruled that the word was not appropriate.

Judge Ian Farlam, the commission’s chairperson, indicated that: “Whether it’s a massacre is a matter we’ll decide at the end of the day.” Parties to the commission were obliged to use the more neutral term “tragedy”, a term used to imply the absence of judgements about blame.

In the end the commission did not address the point. Though the word “tragedy” is used in the report the word “massacre” also features, but only when some of the parties to the commission are quoted.

How then should we characterise the police actions on the afternoon of August 16 2012 that started with the 10 second burst of gunfire from Tactical Response Team (TRT) members at what was to become known as scene one?

Beyond the bare facts of the 34 striking mineworkers who were killed and the detail about the events at scene one that lead to the first 17 deaths, how should we understand Marikana? Above all what actually happened at scene two, the location roughly 500 metres to the west of scene one, where another 17 strikers were killed in a series of events that started about 15 minutes after the scene one shooting?

While the question about the intentions of the strikers remains unanswered, the killings at scene one are relatively well understood. The commission found that, whether or not there was actually a threat against them, some of the police may have reasonably believed that they were being attacked by the strikers.

As a result, the commission says, there were some police who probably did not exceed the bounds of self- and private defence against the (perceived) threat. Consequently it is not appropriate to regard all of the roughly 50 (the report at one point says 47, at another 53) police who fired their weapons at scene one as having acted unlawfully.

But analysing the killings at scene one in relation to the individual actions and judgements that were made is not adequate. Irrespective of whether some of the shooters acted lawfully, the overall response was completely disproportionate.

Appearing as an expert witness for the South African Human Rights Commission, Gary White, a former police officer from Northern Ireland, said that that the decision to configure a line made up of about 60 members armed with lethal weapons, “each of whom had discretion to fire live ammunition whenever an imminent threat was perceived” represented “a reckless attitude with regards to the potential for the use of lethal force”. In effect the deployment of the line of police, most of them armed with high velocity R5 assault rifles, was itself a recipe for grossly excessive force to be used against any threat, real or perceived.

Human slaughter machine
Appearing on behalf of the SAPS, the Dutch policing expert Cees de Rover conceded under cross-examination that many of the police in the line were likely to have shot purely because their colleagues were shooting. How many of them genuinely believed that they were under threat is something that we are likely never to know. The TRT line at scene one was then a mass human slaughter machine that was activated by the perception of one or more of its members that they were, or might be, under attack.

Despite important gaps in the evidence we are able to comment fairly authoritatively about the events at scene one. In respect of scene two however the information is far more fragmented.

A critical factor in understanding the events at scene two must surely be the confrontation that took place, three days prior, on the Monday afternoon. For reasons that remain unclear the police fired teargas and stun grenades at a group of armed miners who were returning to the koppie. Why the miners retaliated with lethal violence is also not understood. In the confrontation that ensued two police officers and three miners were killed.

One of the consequences of this event was that the police dramatically increased their numbers at Marikana. Perhaps more importantly, Monday afternoon’s bloody confrontation would have been widely talked about amongst SAPS members sent to Marikana.

‘Forward panic’
The evidence strongly suggests that the killings at scene two took place during what the American sociologist Randall Collins describes as a “forward panic”. These, says Collins, are characteristic of many incidents of massacre and police brutality. The build-up to scene two would have provided the perfect conditions for a forward panic.

According to Collins forward panics typically start “with tension and fear in a conflict situation” that is “prolonged and built up”. There is likely to have been fear on both sides. The SAPS had not only killed three of the strikers on the Monday but the large number of heavily armed police and police vehicles amounted to a massive show of force.

But there were also many strikers who were armed, and there would have been a strong element of fear among many of the police, strongly shaped by the killings of their two colleagues on the Monday. Related to this fear, many SAPS members at Marikana are likely to have viewed the strikers with a level of antagonism.

These emotions of fear and antagonism would have been brought to a head during the period starting at 3.40pm, shortly before the killings at scene one, when the operation against the miners was launched. Within the next 45 minutes the events at scene one and scene two would unfold.

What defines a forward panic is that at the critical moment, when the dynamic of fear and tension has built up, the one group quickly gets the upper hand over the other. As this happens the built-up tension and fear comes out in an “emotional rush” and they get “carried away”.

At the critical point of the (perceived) attack at scene one the police very quickly decimated the approaching strikers through devastating firepower. From that point it was apparent that the strikers presented no real danger to the police. Following the build-up of tension when the operation commenced, the element of fear would have largely dissipated as it became apparent to the police that the weapons that some of the strikers had were no match for their own.

Many of the police soon to be involved in the killings at scene two may not have directly witnessed the scene one shootings but heard the gunfire and reports over the police radio that police had been attacked. Whether they believed that police had been attacked or not, whilst they waited for the water cannons to be repositioned, what they now faced were groups of fleeing strikers.

The evidence leaders say that the group of strikers killed in what has come to be called “the killing zone” at scene two appear to have been “huddling together” apparently trying to shelter themselves from the spray of a water cannon.

According to Randall Collins a massacre resulting from a “forward panic” is carried out in an adrenaline induced state that, as a result of the element of fear having disappeared, may manifest in various emotions including fury or anger but also a “mood of elation”.

The audio recording from Captain Ryland’s cellphone footage, the only piece of “real time” evidence of the mood of police at scene two, support the idea that some of the killings at scene two were carried out in mood of antagonism but also amusement. In the words of the heads of argument of the families of the deceased miners “the SAPS members who killed Mr Mpumza can be heard celebrating and bragging about having killed him”.

The idea that the police got “carried away” is of course consistent with the large number killed at scene two in the absence of any injuries on the police side. It is also supported by the statement of both Warrant-Officer Mamabolo and Colonel Gaffley that SAPS members continued to fire after they shouted at them to cease fire when there was no sign that the strikers were shooting at them.

‘Shot for fun’
The term “massacre” refers to a situation where a number of people are killed indiscriminately or where those killed are unresisting and are killed gratuitously.

According to the heads of argument of the SAHRC, 40 strikers who were injured or arrested on August 16 allege that strikers at scene two were shot by police while surrendering or injured. After they were released from police custody one of the arrested miners told journalist Poloko Tau that “People were shot for fun while down on their knees with their hands up in the air and begging for their lives.”

Though it did not make any definitive findings about what happened at scene two the Marikana Commission said that the SAPS “provided no details of what happened with regard to the deaths of most of the deceased at Scene two”. Where the SAPS does “provide evidence pertaining to the deaths of some of the deceased” the commission says, “their versions do not bear scrutiny when weighed up against the objective evidence.”

The word tragedy is often used by those who wish to deny police culpability for the 34 killings that Thursday afternoon. But though there is undeniably a tragic element to them, the interlinked but also quite distinct events at scenes one and two are both gross acts of atrocity.