ANC: The media is ganging up on us 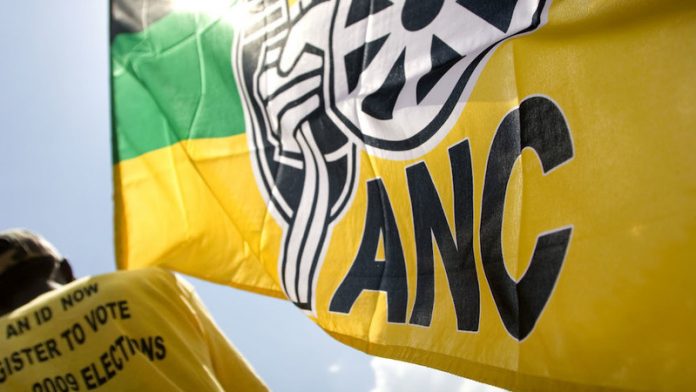 In its discussion document on the battle of ideas, media transformation and diversity and accelerating digital future released on Monday ahead of its national general council on October 9 to October 12, the ANC expressed its unhappiness with the consistent negative coverage by the media on the party and the government under President Jacob Zuma.

The ANC government has over the past few years come under criticism on a number of issues, including the electricity crisis, the slow pace of economic growth, the killing of striking workers in Marikana by police and the spending of R246-million at Zuma’s homestead in Nkandla.

“The news media has been filled with raging attacks on the nature and character of the movement. Opposition parties who lost the elections have been provided with ample space to question the outlook of the mass democratic movement and substitute with their own visions. There is a ganging up on the ANC and the movement’s representatives by the media analysts, media commentators, the ultra left and ultra-right forces. All the media outlets, including unfortunately the public broadcasting outlets are dominated by the persistent attack on the NDR [National Democratic Revolution],” read the document.

But the ANC insists it has done a lot more positive things, which are deliberately ignored by the media. It want its cadres to tell the good story themselves.

To set the agenda in the national discourse, the party believes all its cadres “must be obligated to attend media coaching and training”. The party complains that its spokespersons remained largely lone voices, as there was no co-ordinated machinery that drew on the collective political and ideological base of the movement.

“As a result, the ANC has failed so far to set the agenda in the national discourse through the limited dialogues on all media platforms. The ANC has not effectively demanded its rightful share of the media space. In many instances the right to reply to baseless attacks have not been followed upon.

It is now usual to hear one-sided discussions, attacking the ANC, in print, radio and television platforms without ANC cadres and spokespersons participating. There is a need for co-ordination of the participation by ANC cadres on the different platforms where the ANC voice is in deficit,” reads the document.

Advertising
The party is also proposing a review on government policy that mandates placements of advertising on national newspapers, saying this reinforces media monopoly.

“These so called national newspapers are not available in all local municipalities and rural areas. This policy therefore is not reflective of the real media landscape in our country, in terms of national coverage platforms.

To transform the way government communicates, to its citizenry, the party proposes the development of a National Government Communications Policy to provide a framework for communications at different spheres of government.

“The national government communications policy should provide for the use of all official languages and all platforms to reach all citizens”.

The party has reiterated its view that the existing self-regulatory mechanism [Press Ombudsman and Press Council] remained ineffective and that it needed to be strengthened. The document raises concerns about the continuing dominance of the media by the big four namely Naspers, Times media Ltd, Caxton and the Independent Group, which has changed ownership to Sekunjalo.

“The print media is still dominated by four big players. These companies also dominate the entire value chain of the market especially printing, distribution, advertising and research. This integration and the very market structure is perhaps the biggest barrier to market entry and potentially show possible anti-competitive behavior. Other mainstream media players include the M&G Media and TNA media”.

South African Editors Forum [Sanef] chairperson Mpumelelo Mkhabela said the organisation was humbled by the fact that the governing party was leading a discussion among its members on media issues.

“Whatever the direction or conclusion of the discussion, it should be within the parameters set by the Constitution. We hope there will be due regard to the important role the media plays in society more broadly and in enhancing the quality of our democracy. The quality of our democracy is measured not only in holding regular clean elections and socioeconomic empowerment, but also on how the state respects the media’s right to remain critical without worrying about advertising threats.

“There is a real danger that some threats – whether they materialise or not – could result in financially distressed outlets resorting to journalistic niceties in their coverage. To paraphrase UN secretary general Ban Ki-moon, ‘let journalism thrive’. We hope the governing party will assist us in making this call a practical reality. We look forward to the outcome of their debate,” said Mkhabela.