State must ‘step up’ to combat farm attacks 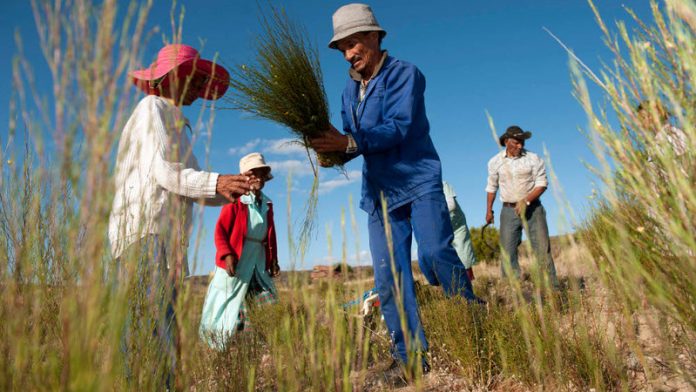 The South African Human Rights Commission (SAHRC) released a report into “farm attacks” affecting farm owners and farmworkers on Thursday, which finds that the SAPS and the National Prosecuting Authority (NPA) need to “step up” their involvement in combating crime affecting farming communities.

It found that “particular attention” needs to be given to race relations on farms and that the “stereotypes” used to describe farming in South Africa need to be addressed in an awareness campaign. This includes the “divisive” term “farm killings”, which implies that attacks on farm owners are more important than the violence experienced by farmworkers.

The SAHRC conducted hearings into the issue on September 15 and 16, as well as on October 6 2014. Farm owners, farmworkers, civil society, government and unions were given the opportunity to give testimony, the SAHRC said.

“Human rights violations in farming communities, which impact on the food security of the nation, appear to be an ongoing issue,” said the commission in its report.

Previous reports
The commission said this had been the third round of hearings into human rights violations on farms and that this latest round was held largely because its previous recommendations were not implemented.

It said that while the round focused on safety issues on farms, this did not mean other “crucial” human rights violations on farms would not be investigated later.

The commission released a previous report looking at human rights violations in farming communities in 2003. Among other issues, the report looked at forced evictions, lack of access to education and healthcare, and the safety of farmers and farmworkers.

But the report did not apportion blame, said the SAHRC, as it was aimed at understanding the non-realisation of rights. One of its findings was that policing on farms was “poor and ineffective”.

It released another report in 2008, which found that the underlying cause of “farm attacks” was mainly criminal. It also took issue with the term “farm killings” in this report.

“Despite the previous two hearings pertaining to human rights in farming communities, the commission continued to receive complaints about human rights violations in these communities,” said Thursday’s report.

The commission heard that various government departments and the criminal justice cluster had a variety of programmes in place to address the issue, although most of these did not focus on the farming community. The SAHRC found the lack of implementation “concerning”.

“It is apparent from numerous respondents’ submissions that the department of justice is not fulfilling its role towards the farming community. This includes the alleged lack of information-sharing towards the victim and their families, in addition to the non-dissemination of information regarding trial dates, court procedures and witness preparation,” the report released on Thursday said.

The commission asked three times for written submissions from the department of rural development and land reform, which provided only oral evidence. The SAHRC said the submission “failed to speak adequately to the safety and security of the farming community”.

It raised concerns about the “social exclusion of farmworkers”. This included high drop-out rates among their children, limited access to services and high levels of poverty in farming areas.

Small-scale black farmers are often the victims of stock theft, with little assistance from the relevant authority. The SAHRC heard that labour disputes were taking place on these farms as well as on larger ones.

The commission also heard concerns about food security. The Agricultural Research Council (ARC) said 12-million South Africans were food insecure, as per the latest Statistics South Africa reports. This means 12-million people do not eat enough to meet their needs per day. Sometimes this means eating one meal per day.

The ARC said about 20% of the food market was wasted during agricultural production.

The SAPS told the commission there had been 492 “incidences” of violence on farms in the 2013-2014 financial year and 58 murders during that period, according to its records. There were concerns that statistics relating specifically to farm attacks were not published.

AfriForum raised concerns that there was no research available on the psychological, economic and safety impact of attacks on farm owners on farmworkers. The commission said it was clear that “victimisation” of farming communities “is still as serious a problem as it has ever been”. It said a “collaborative approach” was needed to address the issue.