SA is rich in undervalued languages, but greedy for more 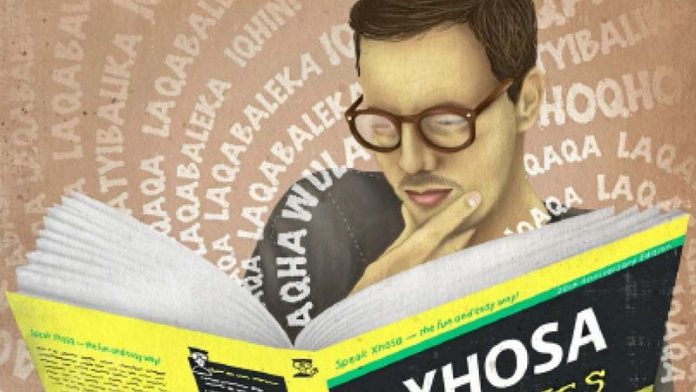 On July 16, the minister of basic education, Angie Motshekga, released Circular S10 of 2015: “Incremental Implementation of Mandarin as a Nonofficial Language from 2016 to 2018”. It was signed off by acting director general Paddy SG Padayachee.

This raises serious questions about the implementation of the Use of Official Languages Act, 2012, which took effect on May 2 2013, after it was approved by President Jacob Zuma. Parliament promulgated this legislation to regulate the use of official languages in government.

To avoid confusion, let us be clear about what the Constitution says. In section 6, on languages, it states: “The official languages of the Republic are Sepedi, Sesotho, Setswana, siSwati, Tshivenda, Xitsonga, Afrikaans, English, isiNdebele, isiXhosa and isiZulu.” It appends “the Khoi, Nama and San languages; and Sign language”.

Section 6 recognises “the historically diminished use and status of the indigenous languages of our people” and says “the state must take practical and positive measures to elevate the status and advance the use of these languages”.

The Act calls for the adoption of a language policy and the establishment of a national language unit and says the policy should “happen within 18 months of the commencement of the Act”. That deadline was not met by national departments or public entities or enterprises.

The consequence of our collective failure to meet this deadline forced the minister of arts and culture, Nathi Mthethwa, at the end of October 2014, to extend the deadline to May 2 2015. He said he was concerned about the “slow progress” of implementation.

Mthethwa granted the extension on condition that a status report on progress be received by the end of January 2015, that policies be gazetted for public comment by the end of March and be adopted by May.

In February 2015, the arts and culture department ran a workshop on the implementation of the 2012 Act. Its acting director general, Vuyo Jack, gave details on progress: of the 36 government departments, only four have approved a language policy, five have draft policies, and 26 government departments have not reported or submitted anything.

Almost all these departments are led by ministers and director generals who are African and black – and we’re talking about the implementation of African languages policies in the workplace, 21 years into our liberation!

In her remarks at the workshop, the deputy minister of arts and culture, Thizwilondi Rejoice Mabudafhasi, said: “This Act deepens our democracy.”

She mentioned a visit to the Turfloop campus of the University of Limpopo, in Polokwane, where she said students asked her: “Are we going to get jobs? We speak Sepedi. If we study Sepedi, are we going to get jobs?” Her answer was that all the official languages require qualified translators and editors, and those are jobs waiting to be filled.

In theory, this is so. In practice, however, we are not translating memos and work documents into the official African languages: they are always written and communicated in Afrikaans or English, in some case both. As another workshop participant said: “We are such a multilingual country, but in government, when you hear people talk, you will think we are a bilingual country.”

In this context, it is hard not to perceive the publication of Circular S10 of 2015 as a sign that Mandarin is becoming more of an official language than our African languages. Why should we be teaching Mandarin to African children when, in their homeland, there is no African language policy in education in place and implemented?

Afrikaans and English continue to be the official languages of business, education and commerce, whereas the majority of South Africans have not had their languages affirmed. This is tantamount to the assassination of our African languages.

Neo Lekgotla laga Ramoupi is a senior researcher in the monitoring and evaluation directorate of the Council on Higher Education. The views expressed here are his own