A feast for the senses in Thailand 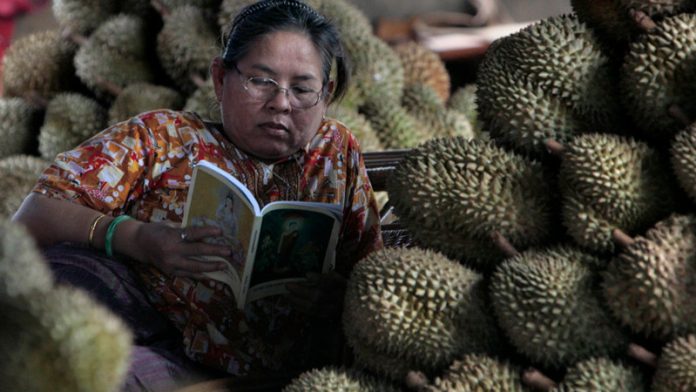 A woman kneels among pink blossoms on the pavement as a monk intones a prayer over her bent head. They are almost the only ones up this early on Silom Road in Bangkok. Sleepy women slump outside massage shops, too tired to call out to customers. This is the first day of Songkran – the Thai New Year – and later this street and many others will be packed with people intent on drenching one another with water, as is the custom during the three-day festival.

Thailand is awash with tourists – close on 30-million will visit this year – and the sector is responsible for about 10% of the country’s gross domestic product. About 100 000 South Africans visit every year.

In an effort to increase arrivals, coup leader (and now prime minister) General Prayuth Chan-o-cha, launched the Discover Thainess tourism campaign in January. This, he said at the launch in Bangkok, involved the preservation of Thai traditions and upholding the nation, religion and monarchy.

As part of this effort, the Tourism Authority of Thailand has chosen to promote places off the well-beaten tourism track, such as Chanthaburi, an ancient city of about 50 000 souls set against a wooded mountain near the border with Cambodia.

The main industry in Chanthaburi is the processing and packing of seafood. There is no heavy industry so the skies are clear and clean. It is also a major gemstone processing centre and jewellery stores line the old streets.

But whatever exotic sights the country has to offer, it is the food that is the most appealing.

Lovers of chilli
For lovers of chilli, there is no better place than Thailand. Every meal is accompanied by bowls of sliced red and green chillies: some float in fish sauce, others are sweeter and have even more bite. The sauces come with all meals, even breakfast, and can be spooned over noodles, rice and fish, and the chillies are strewn in soups and salads – over everything, in fact.

Every meal seems to involve some kind of fish or prawn. The fish, often farmed sea bream, is served whole, with big slashes across the body. Some chefs dust the fish with a yellow spice – perhaps turmeric – but I wasn’t able to discern the taste. Others use just salt and pepper. The white meat was succulent: with one large fish I managed to prise out a piece of cheek, which was the most mouthwatering of all. It is also delightful to crunch down on freshly fried fish skin. Once you have carved off all the meat on one side, the fish is flipped over and the exercise repeated.

There will also be soup, usually presented in an aluminium server with a combustible pellet in a container below that keeps it simmering. This will almost certainly be the famous tom yum kung, a powerful, aromatic broth containing prawns and mushrooms.

Perhaps the dish that best captures all the flavours of a Thai meal is papaya salad. Once ordered, it is prepared in front of you and served in about a minute. It consists of long strips of green pawpaw dressed with pounded chilli, fish sauce, palm sugar, roasted peanuts, slices of tomato and beans.

Dried durian
The diner could do little better than visit the Chanthara Pochana restaurant in Chantaburi, its brightly lit windows looking on to a picturesque square. Order the white and red cabbage salad. It is dressed with white crab meat, strips of carrot and fresh coriander, and comes with a big bowl of excellent satay sauce.

The restaurant has an array of dried durian products for sale, including crackers and sprinkles. There is also sticky durian paste, which looks a little like a roll of orange polony.

People get excited whenever durian is mentioned and seem to vibrate a little in anticipation. The fruit is about the size of a huge pineapple and similar in shape, but that is where the similarities end. It has a tough skin, covered with large spikes, which is pierced with a large knife and a great hunk torn out of it so you can get at the sweet flesh, nestled like a soft kidney next to the stone of the fruit. It has the texture of custard and is impossibly, cloyingly, sweet. Durian is banned in many hotels, taxis and on flights because of its smell, which reminds some of a rotting corpse. The one that was cracked open for me did not smell at all offensive but was sweet and fruity.

I tasted the durian at a farm called Suan Supatra Land in Rayong on the east coast, about three hours south of Bangkok. This is a massive fruit farm, and after buying your tickets and getting a coupon for a welcome drink of coconut water, you’re driven through the orchards on a small open-sided bus, the driver pointing out the fruit on the trees. Eventually you arrive at a farm warehouse, where the durians are hacked open and there are platters of fruit to taste. There are also pieces of deep yellow jackfruit, which has a slimy texture and tastes strongly of banana and mango, and pieces of juicy rose apples.

Street food
Amid the madness of Songkran in Bangkok, there are traders selling an array of food: sweet omelettes, rice and chicken kebabs, pork balls, chicken kebab and rings of calamari. There seems to be an unspoken agreement that no one shoots the vendors with water during the three-day festivities and the food miraculously remains dry.

If you are going to be spending any time at all in Bangkok, buy a guide to the city’s street food. There are several, but Bangkok’s Top 50 Street Food Stalls by Chawadee Nualkhair will direct you to out-of-the-way places that you will probably never find on your own and that tell you what and how to order.

There is street food for sale along some of the city’s network of canals, with women mooring their boats and preparing papaya salad or grilled fish in salt stuffed with lemon grass.

Blue Elephant
For dining off the street, seek out the Blue Elephant restaurant in a 100-year-old double-storey building surrounded by steel and glass high-rises. The royal family are said to eat here, in a private room with a separate entrance.

Presiding over the establishment is the diminutive Nooror Somany-Steppe, who started the restaurant in 1980. There are now 10 other branches in London, Dubai and Paris, among other places, and the restaurant has its own line of Thai culinary products that are shipped all over the world, including to Woolworths in South Africa. They’re expensive, but of excellent quality.

There is a professional cookery studio in one of the upper rooms and Nooror teaches a group of us how to make massaman curry, which she says “takes time and patience”.

She drops a handful of lemon grass and big slices of galangal (a relative of ginger) into a large stone mortar and begins to pound. She then adds some hot red chillies, which have been softened in warm water, a pinch of salt, white pepper, ground coriander, a few lime leaves and a few coriander roots. The room rings with the sound of the stone pestle on the mortar as, finally, a few cloves of garlic, some shallot and shrimp paste are added. The reddish paste is now finely ground and we’re ready to start cooking the curry.

Nooror, meanwhile, has poached some chicken pieces in coconut milk, reconstituted from fresh, grated coconut. Then she heats a separate pan, pours in a bit of oil and gently fries the massaman paste. She adds some prepared Blue Elephant panaeng paste, some fish sauce and a little palm sugar, before dropping in the poached chicken, more coconut milk, some ground peanuts, a few leaves of lime, chopped red chilli and some fragrant Thai basil leaves.

Now there is a recipe for spicy beef salad: the beef is fried and cut into strips and served with a piquant dressing. Nooror raves about South African beef and says it’s among the best she’s tasted. While she leaves the room to supervise the cooking of the beef in another classroom, her daughter, Sandra Steppe, takes over with preparing the dressing. The mortar is wiped down and the pounding of chilli and garlic commences.

Then a splash of fish sauce, a pinch of sugar, lime juice, sliced onion, chopped cucumber – stripped of its seeds – some chopped tomato and celery and a little saw-toothed coriander. Sandra tastes the sauce and is momentarily overcome by its strength.

The strips of rare beef have now reappeared and are dressed with the sauce, along with some baby tomatoes and coconut milk. Sandra is unsure about whether she’s made it too hot and defers to her mother, who tastes and adds a little more coconut milk.

After all, mother knows best.

Matthew Burbidge was a guest of the Thai embassy.