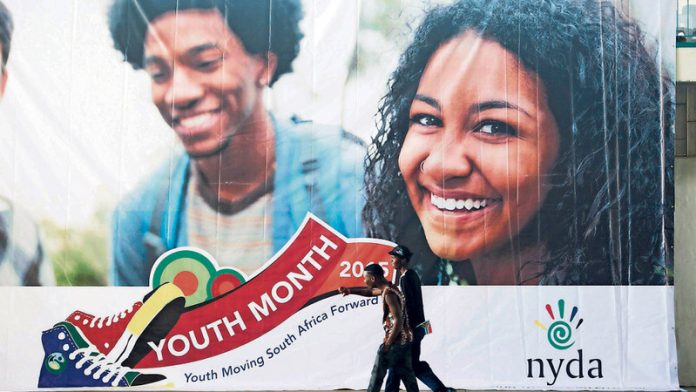 It did not take very long. Merely days after new leaders for the ANC Youth League were elected, a battle for control of youth-related state resources has started brewing among the ANC, its youth league and the Young Communist League.

The National Youth Development Agency, a co-ordinating structure funded by taxpayers, is at the centre of rising tensions over millions of rands. Its current annual budget is R408?million.

Shortly after new youth league leaders were elected last weekend, they called for a review of the agency, claiming it fails to reach the young people who need it most in municipalities and rural villages.

In his closing address to the congress, newly elected youth league president Collen Maine questioned whether the youth agency is fulfilling its mandate.

“The initial intention of [the agency] was that it would operate in each and every municipality across the country,” Maine said. “We need to go back and check if this agency is still serving the youth as per its original intentions.”

He hinted at possibly recommending an overhaul of the youth development agency’s management: “We need to revisit this structure and ensure that it is responsive to the needs of the youth. The tendency by [agency] leaders to visit provinces to just make promises must stop right here and right now.”

But is this truly an attempt to improve the body’s efficiency? History would suggest that this is just another scramble for the control of resources.

It was during Fikile Mbalula’s presidency of the youth league that the Young Lions convinced the ANC-led government to merge the National Youth Commission and the Umsobomvu Youth Fund.

As the National Youth Development Agency says on its website: “The [agency] was established by an Act of Parliament … to be a single, unitary structure … to address youth development issues at national, provincial and local government level.”

Mbalula’s leadership argued that the youth commission’s mandate was too narrow and that Umsobomvu’s finances were far below what the fund needed to fulfil its responsibilities.

“The National Youth Commission has been tasked with a mandate that is narrower than what some critics seek to apportion as its responsibilities,” Mbalula said of an organisation then led by his brother Jabu.

“Many critics have failed to appreciate that [the funding allocation of] R1-billion only is far short of addressing the challenges of youth economic participation,” Mbalula told those attending the league’s 60th anniversary rally in 2004.

At the time, he referred to its predecessors, the Umsobomvu Youth Fund and the National Youth Commission, as “useless” and accused them of having “served friends, boyfriends and girlfriends of those who occupied positions”.

A year later, though, it was Malema’s cronies who took charge of the agency, nationally and in most of the nine provinces. This raised the ire of the Young Communist League, which accused the ANC Youth League of populating the agency with league leaders and their allies.

The agreement to share leadership positions applied to both national and provincial agency boards, Nkwanyana said at the time.

Almost all the agency’s provincial chairs and their deputies were Malema allies, with his youth league deputy, Andile Lungisa, chairing the agency nationally.

Another youth league leader, Steven Ngubeni, was the chief executive officer and the league’s national spokesperson, Magdalene Moonsamy, was chief operations officer at the agency.

The trend of populating the youth agency with ANC Youth League leaders continued throughout Malema’s presidency.

The agency was accused of being used as a platform to gain financial wealth for those connected to whatever youth structure happened to be dominant at the time.

It was during this period that it was revealed that the agency spent R11?million on salaries for its board. Chairperson Lungisa pocketed R800 000 a year and chief executive Ngubeni earned a cool R1.8-million a year – more than what a provincial MEC currently earns.

Under Malema’s youth league influence, the agency was accused of simply implementing decisions taken by the league.

While the Young Communist League’s national chairperson, Yershen Pillay, sat on the youth agency’s board, he had little influence on the crucial decisions it took.

During Malema’s trying political times in the ANC, the Young Communist League – then led by Buti Manamela as national secretary – wrested control of the youth development agency from the weakened ANC Youth League.

A youth league source told the Mail & Guardian that the young communists were emboldened to use the agency when Manamela was appointed deputy minister in the presidency, with executive authority over the body, last year.

Manamela refused to comment on the perceived fight for youth development agency resources, saying he had not seen the ANC Youth League’s resolutions and “wouldn’t want to engage with [its] new leadership through the media”.

At last weekend’s youth league congress, delegates called for the agency to be “decentralised” so as to reach the most rural communities. The league’s deputy secretary general, Thandi Moraka, said the agency was failing young people in provinces and called for it to come up with a better youth development strategy.

Tension between the new youth league leadership and the agency is likely to be exacerbated by suspicions that the agency supported its deputy chairperson, Kenny Morolong, in his failed campaign for the youth league presidency.

His crusade fell flat despite lobbyists using his work at the agency to promote him as worthy of leading the Young Lions.

Morolong denied he was supported by the agency or the Young Communist League.

“Our intention to contest had nothing to do with the [Young Communist League] or anyone in [the National Youth Development Agency],” he said.

“I have contested many conferences in the 25 years of my activism in the movement, 22 years of which I was not in [the agency] and 13 years of which the [Young Communist League] had not been re-established.”

Relations between the two youth leagues were further strained by the South African Communist Party’s criticism of the so-called “premier league”, a group of three provincial premiers believed to have championed Maine’s campaign to a smooth victory.

In a central committee meeting on the eve of the youth league congress, the SACP reportedly accused the “premier league” of using the ANC’s women’s and youth leagues to launch a campaign to be elected to ANC office at the party’s 2017 congress.

“The [ANC Women’s League] and [youth league] congresses have been, or are being used as, power brokers and storm troopers for this divisive tendency, instead of consolidating these organisations to organise important sectors in our revolution,” SACP general secretary Blade Nzimande apparently wrote in the report, according to the Sowetan article.

At a subsequent press conference, however, the SACP denied naming anyone. But some in the party said these utterances are likely to toughen the attitude of the new youth league leadership to the SACP’s young wing.

“We are worried about that,” said a former Young Communist League leader who has now graduated to the SACP. “They might have created problems for us.”

Youth League secretary general Njabulo Nzuza told the M&G that the league’s congress resolutions on the youth agency are functional and not political ones.

Nzuza said the league does not want the agency to operate as a secret organisation.

“People in rural areas do not know what the [agency] is and where it can be found. It must go down to the level of the people,” he said. “Young people must be able to access the services.”

Pillay welcomed the youth league’s “constructive criticism”. “I don’t think it was an indictment on us as [youth agency] leadership,” he said.

“My interpretation of what he [Maine] said is that it relates to structural arrangements of the [agency]. There is a need for us to be visible in all local areas across the country. Our concern has been financial limitations.”

Pillay added: “Even Buti Manamela said we should be reviewed when he was appointed deputy minister in the presidency.”

He said the agency will continue to work with all youth formations, including the ANC Youth League, on how best to improve it.

Pillay told the M&G that the agency under his leadership – his term of office ends next March – has done well and that he hopes “the presidency would have taken note of that”.

“For us, the legacy we are leaving behind as we approach the end of our term is important.”

The youth development agency has requested R1-billion a year from the treasury, but has only managed to get its budget allocation increased to R408-million for the 2014-2015 financial year.

For the first time since it was established, the agency obtained a clean audit and achieved a 97% decrease in irregular expenditure, from R16.7-million to R580?000.

The agency has been campaigning for more funds in Parliament, saying it needs to conduct voter education campaigns for young people. MPs across the political spectrum expressed discomfort with that request.

Former agency chairperson Lungisa said the new youth league leadership should rather focus on lobbying for more funding – at least R3-billion a year – to ensure the youth agency is able to fulfil its development mandate.

No board for youth agency just yet, as parliament has not approved report