How David Beckham should bend it on screen 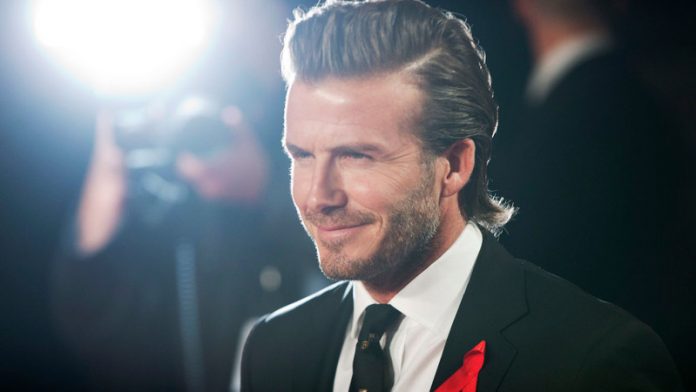 They’re accustomed to obeying orders, gruelling preparations and faking emotion for the cameras, but the odds are very much stacked against the ex-footballer trying to make it in the movies.

News that David Beckham is about to enter the thespian arena, via a cameo as a “grumpy knight” in Guy Ritchie’s forthcoming King Arthur movie, fills one with trepidation, given the England hero’s celebrity and distinct lack of achievement in things that don’t involve kicking a ball.

It’s a 10-man-wall, stoppage-time free-kick of a challenge for Beckham, but here’s a few things he could learn from those who’ve attempted the transfer before.

Don’t speak too much
Movie directors want deep, velvety voices: George Clooney, say, or José Mourinho. If your voice is more like a Thames Estuary castrato, best not to expose audiences to it all at once.

Beckham’s voice has reportedly been getting deeper and posher over the years, in preparation for his screen career perhaps, but less is still more.

Don’t be sexy
Stan Collymore’s movie career took an earlier bath than his footballing one, following his excruciating cameo in Basic Instinct 2, which saw him and Sharon Stone supposedly pleasuring each other in a fast car (and winding up at the bottom of the Thames as a result). If a script based on Calvin Klein underwear is pitched at you, Dave, don’t even read it.

Be French
Eric Cantona: the footballer who actually pulled it off. But your former team-mate already had a penchant for philosophy, poetry and other cerebral pursuits, which paved the way for his casting in Elizabeth, Looking for Eric, Salvation and so on. Other Frenchmen who made the leap include Frank Leboeuf, who played a doctor in last year’s The Theory of Everything, and Zinedine Zidane, who got his own art film.

Play yourself
Successful non-French footballers in movies have generally excelled at one role and one role only: themselves. Pelé and Bobby Moore even held their own against thespian heavyweights such as Sylvester Stallone in Escape to Victory. Admittedly, even the role of “David Beckham” looks to have been a challenge at times, but with enough preparation and a script involving a well-groomed Arthurian central midfielder, Hollywood won’t know what’s hit them. – © Guardian News & Media 2015