Kenya and its huge competitive advantage 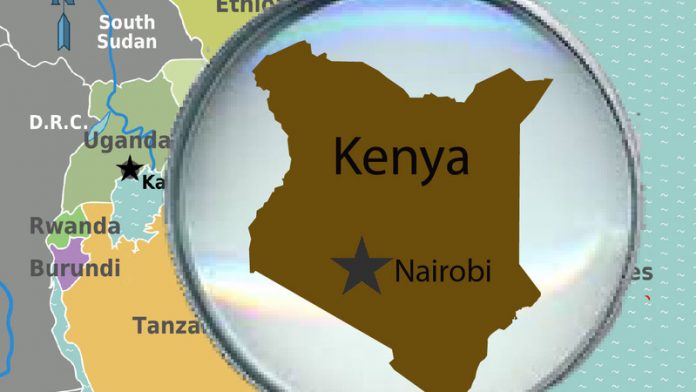 China’s economy is going through a rough patch right now: a stock market crash in July was followed by a government devaluation of the country’s currency in August, by some measures the currency’s largest depreciation in two decades.

Growth targets of 7% this year are now looking ambitious, which was already far more modest than the robust double-digit growth the country was posting just five years ago.

A few years ago, researchers from the McKinsey Global Institute published a map showing the world’s “economic centre of gravity” over the past 2 000 years, taking historical data on gross domestic product (GDP) from the work of the late historian Angus Maddison.

They also used their own models to project future GDP, and where the world’s economic centre of gravity is likely to move to in the coming decades.

The most striking thing about the estimates was how the world’s economic centre of gravity shifted westward over the past 2 000 years, but is now heading back east.

For centuries, India, China and southeast Asia were the economic powerhouses of the world, but the westward shift was accelerated particularly during and after the Industrial Revolution in Europe and North America 200 years ago.

In 1980 the global economy’s centre of gravity was somewhere in the mid-Atlantic, a similar study published by the London School of Economics (LSE) showed.

But by 2008, due to the continuing rise of China and the rest of East Asia, that centre of gravity had drifted to a location east of Helsinki and Bucharest.

Extrapolating growth from almost 700 locations across Earth, projections show that the world’s economic centre of gravity will by 2050 be located literally between India and China.

With global markets watching China very nervously, naysayers are now predicting the collapse of China, Soviet-style, in the near future.

But the troubles in China present a huge opportunity for East Africa to rise, fill the gap, and move the world’s economic centre of gravity to somewhere in the middle of the Indian Ocean in the next few decades — and Kenya is one of the countries on the Indian Ocean rim best suited to drive this growth.

With China at the fringes of its high growth/cheap labour era, analysts from private intelligence firm Strategic Forecasting (Stratfor) identified 16 countries that are geographically and demographically positioned to take over from China as a global manufacturing hub, particularly in garment and footwear manufacturing, as well as mobile phone assembly — highly competitive areas that offer low wages but quick growth.

Stratfor calls these countries the Post-China 16, and among these are Kenya, Ethiopia, Uganda and Tanzania, which together have a population of over 220 million, and those aged under 30 make up two-thirds of the population.

Of these four, Kenya is by no means the largest in land mass or population, nor is it the most urbanised or the most agriculturally fertile.

But compared to the rest, it has some advantages that when put together give it an edge, which can be summarised in one word — competitiveness, particularly for the jobs of the future.

According to the World Economic Forum, Kenya is the most competitive economy in the region, ranked 3.9 out of seven; Ethiopia, Uganda and Tanzania all score 3.6 out of seven.

But when we unpack the aggregate figure, the comparative advantages are clearer. Kenya ranks higher than the other three in higher education and training, goods market efficiency, labour market efficiency, financial market development, business sophistication and innovation.

This means that it has the advantage of a dynamic economy with a strong private sector, which makes it possible to adapt quickly to market forces.

More importantly, Kenya has a relatively well-educated population and a well-trained workforce, which puts it in a better position to take up the jobs of the future.

The manufacturing jobs that have driven East Asia’s growth model — and that Ethiopia’s state-led, export-oriented economy is now pursuing — will not last forever.  In the next 10 years blue-collar factory jobs, as well as the whole cadre of clerical jobs, will vanish as industrial technology becomes more sophisticated.

But the jobs least at risk of elimination are service jobs that require persuasion, negotiation and care and are nearly impossible to automate, including nursery school teachers, social workers, coaches and speech therapists.

In addition, there are the high-skill, creative and inventive jobs like engineers, software developers, architects, musicians, writers and film directors. Even jobs like event planners and public relations managers are unlikely to be computerised.

Going by the measures of competitiveness outlined above, Kenya is already better positioned to take up the jobs that will actually exist in the future, even though it is currently outpaced by Ethiopia’s state-led model, and Uganda and Tanzania have recently made big oil and gas finds.

That makes Kenya the country in the region to watch.