‘Kenya is open for business’ 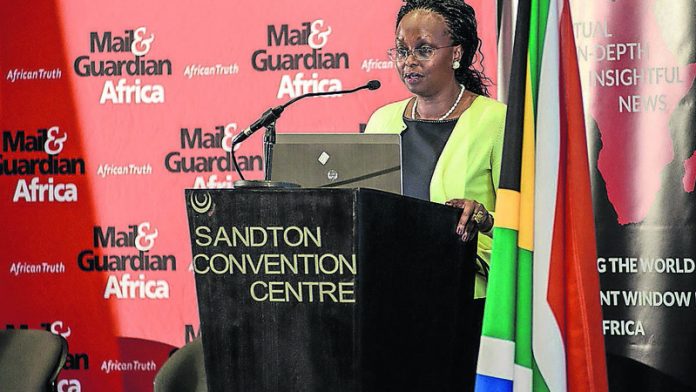 Ties between South African and Kenyan businesses were given a significant boost with the hosting of the Kenya Trade and Investment Summit in Johannesburg, even as officials concede much remains to be done.

Kenya’s High Commissioner to South Africa, Ambassador Jean Kamau, said the aim of the September 4-5 2015 event was to build a greater appreciation by South African businesses of the opportunities her country presents.

Those inbound opportunities aside, the Kenyan government is also working to create a more harmonious relationship with its South African counterpart to ease entry requirements for Kenyan businesses into the continent’s second-largest economy.

Bilateral trade is growing but remains heavily skewed in favour of the southern African country, which exported goods and services valued at $67-million to Kenya compared to the return trade of $2.9-million in 2014.

“We need to work harder to ensure we have a fair playing field between the countries and remove the non-trade barriers that are preventing us from accessing South Africa,” Kamau said in an interview with the Mail & Guardian Africa.

“Both our countries believe in the pan-African agenda and at the African Union level we subscribe to all the principles and values, including intra-Africa trade. So we really need a candid and honest discussion about how we [can] do that and what is preventing us from doing so.”

She believes that Kenya has done more than its fair share to make the country accessible to South African, and other, businesses. These measures have included dismantling restrictions for businesses looking to enter the country, honing an enabling immigration policy and easing access to work permits.

The same cannot be said for South Africa, which came under considerable criticism at the summit for restrictive visa regulations that stifle the free movement of people, trade and services. Kamau said these regulations made South Africa a far less desirable country to visit and do business with.

She applauded the establishment of the Kenya-SA Joint Business Council, which she hopes will go some way to normalising the business relationship between the two countries.

The opportunities for bi-lateral trade are numerous, she said, with the agriculture sector presenting ground for mutual trade in produce, while the sharing of expertise and technology could help both countries increases yields. “The most important thing for us is a better understanding by the South African public and private sectors of the opportunities that exist in Kenya. We want to encourage more South African companies to come into Kenya and explore those opportunities.

“South African investors bring technology transfer, and the bottom line is that it is African grown and developed so we want to access that kind of knowledge. Our companies are keen to do that and we want to stimulate greater interest from South African companies to look at Kenya as a favourable foreign direct investment destination.

“The ones that are there already will be able to encourage them to do so, and at the same hopefully increase their investments.”

It was a message reiterated by Kenyan Foreign Minister Amina Mohamed. “Kenya is ready, it is open and it’s ripe,” she told potential investors. “We have the right policies in place, creating the right environment. The choice is whether, together, we develop our continent and do what needs to be done, or relegate ourselves to becoming second-class citizens of our own continent.

“We are really excited about the potential that this continent has, and we’re also excited about the possibilities that you [South Africa] offer the continent. We encourage you to speak out whenever you have challenges that you face that need policies and legislation and any other kind of support that is required. That is why government exists: to support what you’re doing.”