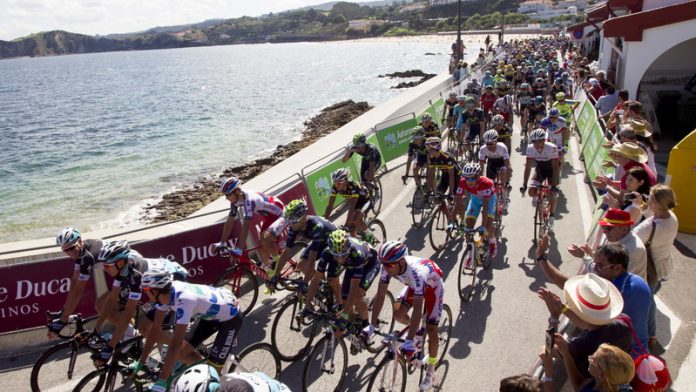 The 2016 Olympic ambitions of a top South African mountainbiker have been tarnished after anti-doping authorities discovered syringes in his luggage before last week’s world championships in Andorra, a small European principality.

This has led to anger in the South African cycling community and accusations that Cycling South Africa (CSA), the governing body here, has not taken the matter seriously — a charge it has said is not fair or true.

The International Cycling Union (UCI) has banned professional cyclists from carrying syringes, and they are not allowed to inject themselves with any substance.

Spanish anti-doping authorities raided the cyclist Rourke Croeser’s room two weeks ago, after a tipoff, amaBhungane was told by a number of people with direct knowledge.

After the discovery, Croeser pulled out of the Andorra World Championships. Had he not done so, the entire South African team, including downhill superstar Greg Minaar, could have been prevented from racing.

For years, professional cycling has struggled to shake its reputation as a dirty sport. Most famously, American pro Lance Armstrong admitted that he doped while winning many international races.

But Croeser’s is not an anti-doping infringement as it is written into the “medical” and not the “anti-doping” rules. Cycling South Africa (CSA) emphasised there was no proof that he was doping.

Croeser said he is now being unfairly smeared by critics and that he had never used banned substances. He told amaBhungane he did not know of the no-syringe rule before his room was raided.

He said he has carried insulin syringes throughout his cycling career and that he used them to lance his saddle sores, a common ailment among cyclists.

This appeared to contradict his initial explanation to an official that he used the syringes to fill his bike tyres with sealant to prevent punctures. Asked to explain, he later told amaBhungane that “there are a million and one” possible uses for them. He said he also used them to extract blood for analysis during training.

Croeser is a favourite to represent South Africa at the 2016 Rio Olympics. He wowed South African fans when he finished 15th at a UCI World Cup race last month.

CSA has expressed an equivocal position on the latest controversy.

In a leaked letter [link] seen by amaBhungane, it told one of Croeser’s sponsors last week: “We will not be taking any further action against him … and we will continue to support Rourke in his endeavours to qualify for Rio 2016.”

But in an interview with amaBhungane this week, spokesperson Mike Bradley appeared to row back from the position that no action would be taken. He said Croeser would face a disciplinary hearing and that in the process a tribunal would “assess the case” before making a finding.

Bradley hit back at the “armchair critics”. He said: “We are here to protect our athletes’ rights. This athlete has not been found guilty of any doping offence. Therefore, he is innocent until proven guilty. He is guilty of a medical violation regarding the possession of objects.”

CSA released a public statement on the matter on Wednesday, 10 days after Croeser’s room was raided. Tersely titled “Clarification of UCI Medical rule 13.03.058 (2)”. It gave very little detail, offering that Croeser “was found to be in possession of a syringe”.

AmaBhungane has learned that the Spanish authorities in fact discovered two 1mm syringes in Croeser’s luggage and a blood-testing kit, used to analyse the levels of haemoglobin in the blood stream. The blood test kit is not banned.

Critics that amaBhungane contacted did not want to comment for this article, but local mountain bike pro Adriaan Louw claimed in a tweet that the CSA statement came “unfortunately only after a whole lot of pressure”.

And sports manager and cyclist Nic Lamond commented: “Nice one, @Cycling_SA. We’ll just keep it on the lowdown, shall we? Nothing to see here. Move along.”

Apartheid was the spoke in South African cycling

As the 36th Cape Argus gets underway the M&G looks at the chequered history of cycling, characterised by prejudice, subterfuge and great passion.
Read more
Sport

One of South Africa's foremost cyclists, David George, has tested positive for the banned EPO drug and faces a charge of doping.
Read more
Sport