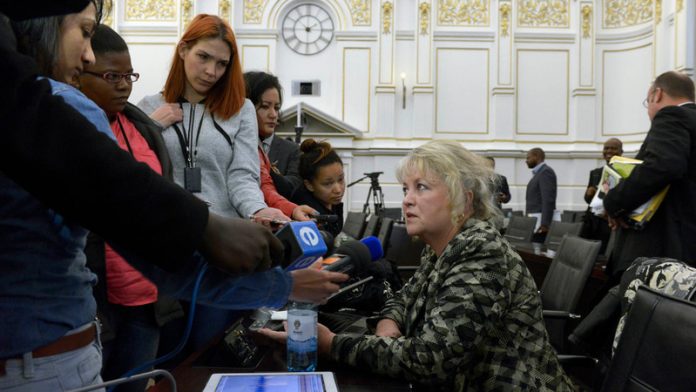 The Democratic Alliance is hoping to get the outdated National Key Points Act repealed.

The National Key Points Act is a piece of legislation dating back to the last decade of apartheid and the party is hoping to get it replaced with their Protection of Critical Infrastructure Private Member’s Bill.

The party has reintroduced their Critical Infrastructure Bill to Parliament for the second time, after it fell through at the end of the fourth Parliament.

Although private member’s bills haven’t had much luck in Parliament since 1994, the DA is hopeful this new piece of legislation will make it through, to close the gaps in the current act.

Speaking to journalists at a press conference in Parliament on Tuesday, DA chief whip John Steenhuisen said the fact that the law still existed in its current form was an indictment on the country’s democracy.

“Virtually every line of the National Key Points Act as it currently exists was designed to ensure that the apartheid state could continue to rule with an iron-fist, without transparency and accountability.”

The list of national key points, published for the first time in the Mail and Guardian in January, runs to 204 sites and includes SABC offices across the country, the president’s Nkandla homestead – which is merely listed as “Pres of SA Res – KZN” – some airports and every provincial legislature among others.

DA spokesperson on police Dianne Kohler Barnard said the Act should be scrapped now, to prevent another Nkandla scandal from taking place.

“We know the president [Jacob Zuma] has 246-million reasons to keep the NKP Act … the Act was used to justify the burying of information relating to the exorbitant expenditure of public funds used to upgrade Zuma’s private home in Nkandla,” she said.

The DA Bill, which has already been gazetted for public comment, provides for strict criteria for the classification of critical infrastructure installations under specific sectors, based on national security and vulnerability and a public list of all key points which would be regularly reviewed and tabled in Parliament.

DA MP Zakhele Mbhele has urged the other MPs to support the Bill and help scrap the NKP Act.

“The stumbling block that private member bills, especially from the opposition, have had was an argument or contention that they were undesirable and there was no need for them. In this case, with this private member’s bill, the desirability has already been established because [former] Police Minister Nathi Mthethwa did indicate that he would initiate a review … and it is quite evident what the gaps and shortcomings of the NKP acts are,” Mbhele said on Tuesday.

“So the primary issue of desirability is established and it would almost be impossible for the [police] committee to argue on that basis.”

The Critical Infrastructure Bill was introduced in the last Parliament and went as far as public comment before it fell away. It has now been re-tabled as a new bill in Mbhele’s name and will have to go through the process again, which will include the National Council of Provinces as it is a section 76 bill and affects provinces.

The party said while the president’s Nkandla homestead was relevant to this Act, the introduction of their bill was for a wider general application.

Despite Ekurhuleni spending R2.8-million on a sewer line to prevent further damage to a pump station, raw waste has contaminated a wetland
Read more
Advertising
Continue to the category
Education