Airbnb in SA selling trust to the wary 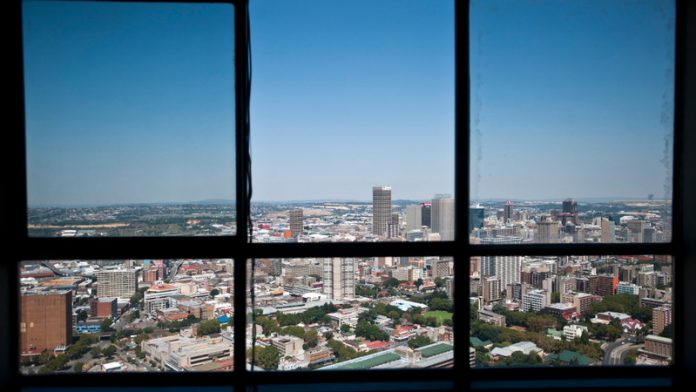 For R214 a night, you can get a double bedroom with leopard-print linen, a desk, a side table and a faded brown chair in Camps Bay.

For R750, you can stay in a private room in Africa’s highest penthouse, enjoy a complimentary dinner and be told the history of one of Johannesburg’s landmark skyscrapers.

For R12 000, you can get a state-of-the-art beach bungalow that sleeps six, is fitted with glass on all sides and has views of Lion’s Head.

And for R45 000, you can buy one night’s use of a Cape Dutch-style private villa in Plettenberg Bay for up to 16 people.

They’re all listings on Airbnb, the “community marketplace” for accommodation around the world that is ramping up its presence in South Africa as a springboard for growth on the continent.

Airbnb was officially launched in the country at the end of July, but early adopters started posting their properties on the site a few years ago. Perhaps that’s the reason the San Francisco-based company identified South Africa as its hub for expansion into Africa.

There are about 9 400 South African listings on the site of homeowners offering their homes, rooms or even just beds to travellers. That number is up 138% on last year, according to the company. And the growth of locals using the service has been double that: Airbnb has seen a user increase of almost 260% in South Africa over the past year.

South Africa represents about “a third of all the Airbnb listings we have in Africa”, said Nicola D’Elia, general manager of Airbnb for the Middle East and Africa.

“We see the potential for this to accelerate even further. I don’t see any reason, for instance, why Cape Town couldn’t become one of our top cities worldwide in the next couple of years.”

With awareness of the company on the rise, more and more South Africans are joining up as hosts.

“Some people do it as a hobby and others do it seriously. We run it as a business. It’s actually very time-consuming,” said Mary Bailey, who has four Cape Town properties listed on the site.

She registered on Airbnb to get better returns on their property investments.

“Long-term leases weren’t earning enough,” she said. They joined two years ago and have seen their income increase, although this is somewhat offset by the Arabica filter coffee, croissants and Lindt chocolates they supply for guests.

“Airbnb travellers expect a lot more from their accommodation in this country than they do in other countries,” said Bailey. “That said, we’re probably a little unusual in terms of what we deliver. But it really does pay off because I feel the better your reviews are, the higher your returns.”

Bailey’s “Cape Town city luxury apartment” has a full five-star rating on the site, with 35 reviews. In the most recent review, posted this month, traveller William “absolutely loved this apartment” and raves about the view, the natural light, the wraparound deck and the hospitality of the housekeeper. “Guests don’t have to write a review, but they usually do,” said Bailey.

Airbnb offers a double evaluation system. Travellers can rate their stay; hosts are invited to respond to and rate their guests.

The homes with a large number of positive ratings are generally the first to be booked. When trying to book a R500 one-bedroom apartment in central Johannesburg’s Maboneng Precinct, listed as “a vibrant and hip cultural adventure” with a cumulative 4.5-star rating from 58 reviewers, you’re told by the website that this “doesn’t usually happen” on the first try when the room is available.

And users build up a “credit record” as such: if you’ve received bad reviews as a user, hosts are less likely to allow you into their homes.

A matter of trust
“It’s all got to do with the level of trust you assign to the person hosting you,” said Mark Burke, a 26-year-old management consultant who has had his penthouse on the 51st floor of Johannesburg’s Ponte building listed since December. “Airbnb is going to continue to expand and go places people haven’t thought of before because of the trust mechanism. It’s selling trust and people are buying into trust.”

It’s something by which he operates with his guests, who pay R746 for a private room in his apartment. As part of his service, Burke tries to meet travellers as they arrive, offers them dinner and tells them about the history of Johannesburg and the building they’re staying in. For him, space sharing is integral to the experience he offers.

“The thing that has defined my own travel experiences has been places where I met great people. My experience of Airbnb is that it’s all about the people you meet and the insider knowledge that the host offers,” said Burke. “It makes the most sense to get accommodation where the host is present to get the full Airbnb experience.”

Apart from economics – in a good month, Burke gets up to eight visitors, and the income covers his rent costs – he cites the opportunity to interact with interesting people as one of the reasons for his affiliation with Airbnb.

The risk of sharing
But bringing people into your home is never risk-free. A United States apartment was carefully robbed over the course of a week. Apart from looting and trashing the house, the perpetrator found and stole the homeowner’s passport, credit card, laptops, iPad and external backup drive. A Canadian home was rented out and trashed by a wedding party. Even worse, a man was convicted of raping two American tourists in his Barcelona apartment.

According to Tshifhiwa Tshivhengwa, the chief executive of the Federated Hospitality Association of Southern Africa, running an operation like Airbnb with crime statistics as high as South Africa’s calls for added precautions. “The dynamics of this country in terms of safety and security put [a venture like Airbnb] in a bit of a predicament,” he said.

“If you’re opening your home to someone who’s coming to stay with you, you might never know what’s going to happen. I’m not saying security is the biggest issue, but there is that dynamic.”

To address this, the company needs sophisticated systems in place to record a sufficient amount of information about a traveller should anything go wrong, he said.

Airbnb’s D’Elia says the systems are there.

“There are detailed user profiles, online and offline ID verification, social network integration, reviews of both host and guest, and 24/7 customer service,” he said.

“These features are available to all users worldwide. In addition, Airbnb offers a $1-million host guarantee scheme in some markets, including South Africa and Kenya.”

Neither Burke nor Bailey are put off by the incidents, saying the number of mishaps is low considering that almost a million visitors use Airbnb on a single busy night.

But, according to Christelle Fourie, chief executive at MUA Insurance Acceptances, Airbnb hosts could be ignorant of the extent of risk they are taking on. Besides the threat of financial loss if property is damaged or stolen, liability issues “could bankrupt the homeowner” should a guest be injured on the property and the owner is found to have failed to secure the place, she said. And Airbnb clearly states that its $1-million host guarantee “should not be considered as a replacement or stand-in for homeowner’s or renter’s insurance”.

Mark Burke says the system rests on trust between the owner and the visitor. (Oupa Nkosi, M&G)

Another risk for hosts is that most homeowner’s insurance policies require visible signs of forced entry before they pay out for any theft.

“It is a good idea to have a written and signed agreement with the lessee so that they are made aware that they will be held liable for any stolen or damaged items if there are no signs of forced entry,” said Fourie.

It’s likely that hosts who have not yet encountered any difficulties would not be aware of loopholes in their insurance policies or the need for extra paperwork to protect themselves.

The idea is “a good one that works for a certain market of travellers”, he said. But in a country like South Africa, which has an oversupply of accommodation, “is it fair for formal hotels who are incurring significant expenses to meet all the regulations of the industry to lose market share to homeowners, who in some cases are operating illegally”?

“There are certain processes that need to be followed when people are paying to stay. If they can work within the ambit of the law, then this could flourish.”

Worldwide, the formal hospitality industry has downplayed the effect the “Uber” of the accommodation world has had on their revenue streams. But with 14-million travellers making use of the service between June and August this year, hotels and guesthouses will start sitting up and taking notice.

In Burke’s opinion, the increased competition is good: “I think it might mean that hotels will improve their service offering. The end result will be a more enjoyable experience for the consumer.”

An activist art collective is refusing to leave a luxury holiday home, claiming their protest is to highlight landlessness and growing inequality in Cape Town
Read more
Coronavirus

South Africa’s economic, racial and social divides invite unrest that will leave us all worse off
Read more
Advertising
Continue to the category
Politics