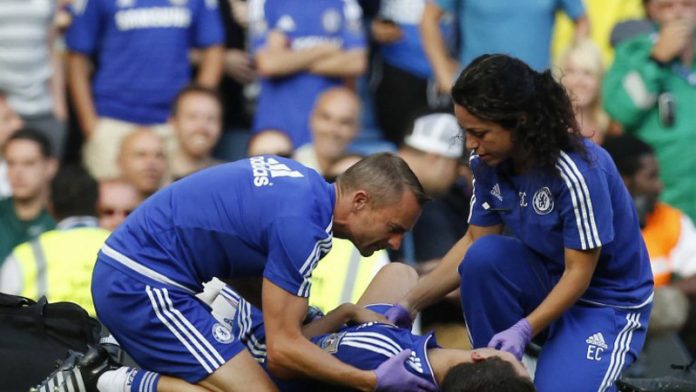 Chelsea Football Club’s doctor, Eva Carneiro, is believed to have left her job and is preparing to sue the Premier League champions for constructive dismissal following an incident during the game against Swansea last month that led to her first-team duties downgraded at the request of the manager, José Mourinho.

Carneiro was due to return to work last Friday having been told she was no longer to attend training sessions, matches or enter the team hotel after provoking Mourinho’s anger when she and the physiotherapist, Jon Fearn, ran on to treat Eden Hazard during injury-time of the 2-2 draw at Stamford Bridge on 8 August.

However, it is understood that she has not been seen at the club’s training ground and is now considering her legal position. Chelsea have so far declined to comment on what they described as “an internal staffing matter”.

Gibraltar-born Carneiro is reported to have sought advice from a London law firm over the past few weeks, although they too refused to comment on Tuesday. But she is likely to have a strong case given that she and Fearn were twice waved on to the pitch by referee Michael Oliver to treat Hazard, causing Mourinho to accuse the medics of being “naive”.

Employment law expert Nick Wilcox told the Guardian last month that Mourinho’s public criticism of Carneiro – which was condemned by the Premier League Doctors’ Group – appears “disproportionate” and could amount to “public humiliation” which breaches Chelsea’s duties as her employer. He pointed to the law governing employment relationships, which says: “The employer must not, without reasonable and proper cause, conduct itself in a manner calculated and likely to destroy or seriously damage the relationship of trust and confidence between employer and employee.”

Last week the Football Association confirmed it is investigating a complaint that Mourinho used abusive language during the incident. Under rule E3, players and coaches can be penalised for using “offensive, insulting or abusive language and/or gestures”, with Mourinho facing up to a five-match ban if he is found guilty.

“We understand that the manager allegedly calls Eva ‘Filha da Puta’ at pitchside,” read the complaint, according to the Daily Mail. “The abuse is allegedly directed to her because ‘Filha’ is feminine and singular in Portuguese and to be directed at a man or at a group of people would have to be ‘Filho’ or ‘Filhos’. Additionally it could be considered that the offensive comment was aimed at the club doctor specifically as she speaks Portuguese… the equivalent to this expression in English would be ‘son of a bitch’ in the masculine, but ‘daughter of a whore’ in the feminine.”

Mourinho has denied the accusation.

The chair of the FA’s inclusion advisory board, Heather Rabbatts, has expressed her “sadness and anger” at news of Carneiro’s departure. “Eva was one of the few very senior women in the game, a highly respected doctor who has acted with professional integrity in difficult circumstances and whose skills have been highly praised,” she said.

A spokesperson for Women in Football added: “We are bitterly disappointed about the departure of Dr Eva Carneiro from Chelsea FC. When Dr Carneiro entered the field of play on August 8th to treat Eden Hazard – who had requested medical attention via the referee – she fully complied with the laws of the game as well as the guidance of the General Medical Council.

“We believe it is appalling that her professionalism and understanding of football were subsequently called into question by manager José Mourinho and it threatened to undermine her professional reputation. She is extremely highly regarded within the medical profession and the football industry.

“Mr Mourinho’s touchline and post-match behaviour that day is currently the subject of a Football Association investigation. This incident and Dr Carneiro’s subsequent demotion has made her position untenable.

“She had already been the target of frequent sexist abuse from opposition supporters. We believe that every woman in the football industry has the right to go about their working lives without being targeted with or subjected to abuse.

“We also believe that Dr Carneiro’s treatment and ultimate departure from Chelsea FC sends out a worrying and alienating message to the already small numbers of female medical staff working in the national game.

“WiF hope that by working with football authorities and clubs we can bring about a greater understanding of the barriers that women in the industry routinely face.”