Closing arguments by the state and defence in the murder trial of German super-car maestro Uwe Gemballa passed almost unnoticed two weeks ago at the Palm Ridge regional court in Gauteng.

One reason might be that it had taken five years for the case to reach that point. Gemballa disappeared from OR Tambo International Airport in February 2010 and his remains were recovered in a shallow grave about eight months later.

Gemballa was suffocated to death within three days of arriving in South Africa in February 2010.

He had allegedly come to the country to discuss the possibility of opening a super-car franchise.

It was one of the first crimes that helped to secure Radovan Krejcir, a Czech fugitive from justice, the reputation in the public mind of being a  powerful underworld figure. 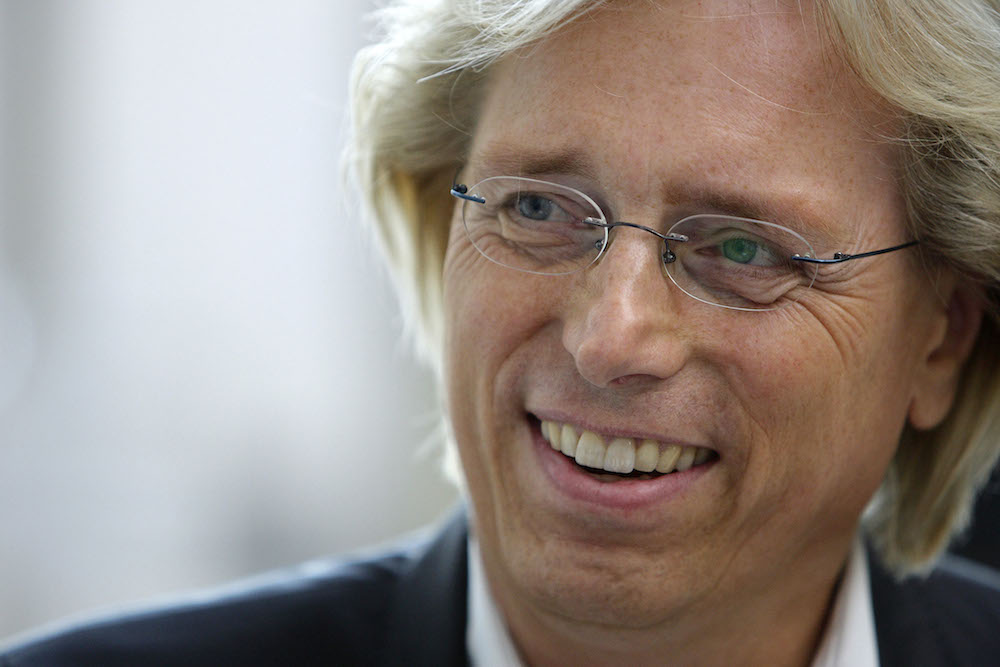 Uwe Gemballa came to South Africa to discuss the possibility of opening a super-car franchise with an associate of Czech fugitive Radovan Krejcir, but he was murdered shortly after he arrived. Photos: Tim Chong/Reuters

Missing laptop
Gemballa’s murder heightened suspicions that organised crime in South Africa is rooted in the corruptibility and instability of the police.

The lead investigator, Ludi Schnelle, was removed from the Gemballa case in November 2010 after a laptop that had been seized from the murder scene mysteriously disappeared from his office.

The laptop went missing shortly after the arrest of Thabiso Mpye of Atteridgeville.

Mpye identified his alleged accomplices and gave police details about how Gemballa was kidnapped from the airport and taken to a house in Edenvale before he was killed.

Krejcir’s former business manager, Ivan Savov, on trial in the commercial crime court in Johannesburg in a separate matter, was renting the house. He said he was overseas at the time of the murder.

Police torture
Schnelle traced Mpye through Gemballa’s cellphone records. Mpye reached a plea and sentence agreement with the state in October 2010 after pleading guilty to his role in Gemballa’s murder. He was sentenced to 20 years in jail in 2010.

Mpye, allegedly their accomplice, was the state’s main witness in the case – but for unexplained reasons he turned hostile on the first day he appeared in court in August last year and refused to testify.

He also retracted his 2010 ­statement implicating the accused, claiming that he had been tortured by police into making it.

Mohapi pleaded not guilty. Ledwaba and Holworthy refused to plead and the court entered a not guilty plea on their behalf.

While Krejcir is not one of the accused, his presence has been felt throughout the trial.

‘More here than meets the eye’
During Schnelle’s testimony, Judge George Maluleke was said to have asked the prosecution why more ­people were not in the dock.

An answer was provided during closing arguments by the state.

Prosecutor Riegel du Toit told the court: “There is more here than meets the eye. There are more than these three, more than Mpye. We would like to have everybody who was involved [in Gemballa’s murder], but you need evidence. So we have to start somewhere.”

Gemballa’s wife, Christiane Gemballa, reported him missing shortly after he arrived in Johannesburg. She received three phone calls from him in English, which was unusual as they usually spoke to each other in German.

According to Schnelle’s evidence, Gemballa asked his wife to make a transfer of a million euros. She never spoke to her husband again.

‘People ready to finance’
A South African franchise would have breathed new life into his failing company, Gemballa Sports Cars, which did tune-ups and luxury conversions on Porches and Ferraris.

Gemballa had contacted an associate of Krejcir’s, Jerome Safi, about the possible deal beforehand. Safi, who was one of more than 20 witnesses to testify in the trial, had been in email contact with Gemballa and told him that he had “people ready to finance” a local franchise.

The funding, of up to R100-million, was allegedly going to come from Krejcir and strip-club owner Lolly Jackson. Jackson, Krejcir’s friend and business associate, was shot dead in Kempton Park three months after Gemballa’s murder.

Schnelle’s investigations linked the cellphone that was used to phone Gemballa’s wife to pay-as-you-go vouchers bought on behalf of a Krejcir associate, Michael Arsiotis.

Krejcir has repeatedly denied any connection with the German.

Buying influence
The tide seems be turning against the once-brazen Czech fugitive – he was convicted last month, along with five others, including three police ­officers, of kidnapping, attempted murder and the attempted possession of drugs.

But his continued presence in South Africa – he arrived in 2007 on a fake passport from the Seychelles – can be seen as illustrating the power of money to buy influence.

He  quickly established a network of top lawyers and well-connected cops to advise him, including the former head of crime intelligence for Gauteng, Joey Mabasa.

It has been alleged that Krejcir has donated money to the ANC and  bragged of having powerful political connections.

After his arrival he quickly formed links with various connected individuals. Most of them – including Cyril Beeka, who was murdered in 2011 –  are now dead.

Krejcir is currently on trial for one of these murders, that of Sam Issa who was gunned down in 2013. Issa was a well-known underworld figure allegedly involved in supplying drugs to Johannesburg nightclubs.

In total Krejcir is on trial for four separate matters ranging from murder and attempted murder to conspiracy to commit murder.

He has denied all the charges.

Maluleke will hand down his judgment in the Gemballa matter in October.