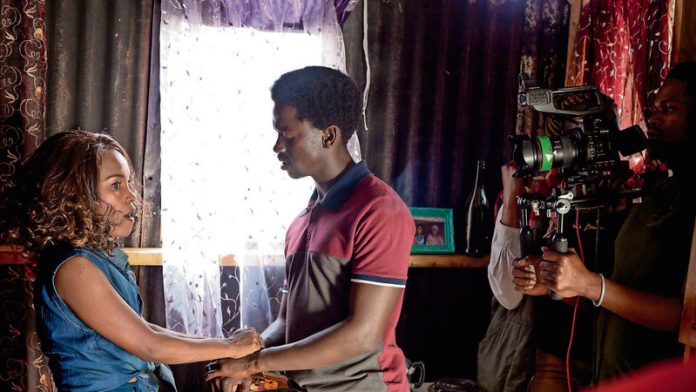 Each weekday, local television audiences can savour a buffet of South African stories on channels that have latched on to the telenovela format. As a result, prime-time slots such as 7.30pm, 8pm, 8.30pm and 9pm have become highly contested spaces, placing viewers in a tug-of-war between e.tv, Mzansi Magic and the SABC channels.

The ramped-up competition among telenovelas – serial dramas that usually have a predetermined number of episodes – has given writers the opportunity to tell high-quality local stories using talented actors.

Local telenovelas have also grabbed the attention of South African theatre veterans such as John Kani and Mbongeni Ngema, who have returned to television after years of operating under the mass media radar.

Famed playwright, composer and actor Ngema also had a stint on the e.tv telenovela Gold Diggers, where he played the lead, Patrick Gumede, an ageing miner who delves into illegal mining.

Inkaba focused on a storyline that dealt with an aspirational and fictional world, whereas Gold Diggers zooms in on the reality of illegal mining in Africa. Both shows play around with the classic telenovela themes.

The telenovela – or “television novel” – format gained popularity in Latin American countries and has since taken off around the world.

In the book Telenovelas, essayist and cultural critic Ilan Stavans points out the recurring themes in this type of serial drama, which include rising from poverty and coping with economic hardships, saying that these themes often resonate with viewers in “countries struggling to emerge from state socialism”.

“In some cases, telenovelas spark civic activism,” he writes.

The telenovela story is often told in 120 or more episodes. This format requires the show to run for about a year before concluding, so telenovelas typically run for longer than a series but shorter than a soapie.

According to the Public Broadcasting Service in the United States, telenovelas usually have a happy ending – often including a wedding finale aimed at putting the viewer’s mind at ease. So, too, with some local shows, such as Mzansi Magic’s IsiBaya and e.tv’s Umlilo, which ended their first seasons with weddings.

Umlilo tells the story of a polygamous household set in the suburbs of Jo’burg. Businessperson Mnqobi (Hamilton Dlamini) is married to Cebisile (Gcina Mkhize) and Dumile (Nokuthula Ledwaba), but then has an affair with Khwezi (Nomzamo Mbatha), who he eventually marries.

IsiBaya takes the Romeo and Juliet approach, where young lovers Thandeka Zungu (Nomzamo Mbatha) and S’bu Ndlovu (Sdumo Mtshali) fall in love amid a generational feud between the Zungu and Ndlovu families. But love prevails and the two end up marrying.

It seems, however, that a happy ending is not enough for the South African audience. We see more and more telenovelas morphing into soapies. For instance, IsiBaya, which the public voted the best television soap at the 2015 South African Film and Television awards, is now packaged as a soapie.

Some of the telenovelas-turned-soapies end up with dragged-out storylines by writers who, more often than not, dip into a well of clichés to satisfy their thirsty viewers.

But Alex Hlabangane, executive producer of Gold Diggers, believes South Africa can’t truly refer to the local shows in this vein as telenovelas.

“But for it to be a true reflection of a telenovela, the story needs to come to an end,” says Hlabangane.

Producer Kutlwano Ditsele, from Bomb Productions, refers to this emerging new sub-genre of telenovela as a hybrid – a mixture of drama and soap opera.

“With a classic telenovela you have one year to tell one good story,” says Ditsele, who has produced TV shows IsiBaya, The Road and Ayeye.

“If there is something successful, people want it to continue. You tell a story for a year and it becomes hugely successful and the channel then feels like they don’t want to let that go.”

‘Stories that reflect their lives’
Distinguished television producer Duma Ka Ndlovu agrees. He is the creator and producer of popular SABC2 soapie Muvhango. He’s also executive producer of the SABC1 telenovela Uzalo, which drew more than five million viewers when it debuted in June, knocking long-running soapie Generations from the number one spot. “My approach to Uzalo, from day one, was not to look at it as a telenovela but as a soapie,” says Ndlovu.

Uzalo is set to land a three-year contract with the SABC and, with such a commitment, Ndlovu hopes the show will run for longer than originally planned, just as Generations and Muvhango have.

This country also has its own spin on the soapie format. Our soap operas air in prime-time slots in the evening, whereas in the US soapies are shown at midday, with the initial target market being housewives.

“In South Africa we take a prime-time drama and call it a soapie because we use the ingredients of a soapie, a telenovela and a thriller to tell a story,” says Ndlovu.

According to Ditsele, his production team has a great partnership with Mzansi Magic, where his work is aired. “Mzansi Magic has discussions with their production companies about the possibility of extending the shows. The channel very often says if this isn’t working, let’s let it go. So the channel is not pushy at all.”

When the telenovela storylines are extended, he says, the writers are faced with challenge of “digging deep” to come up with plots. “As a writer you now have to reimagine things that you were set to end after a year but are now set to continue.”

With local audiences’ increasing appetite for continuity, actors and writers are in demand now more than ever. Hlabangane believes the country’s production industry is still not in a position where it can make tons of money. For that reason, more money should be invested in TV shows.

“The interesting thing about the sudden upheaval of local content is we didn’t have to toyi-toyi, march, to ask for it. The time was right. For the last two to three years South African spaces have been providing a lot of local content.

“A lot of South African stories are being told by our broadcasters and that is exciting,” says Ndlovu.