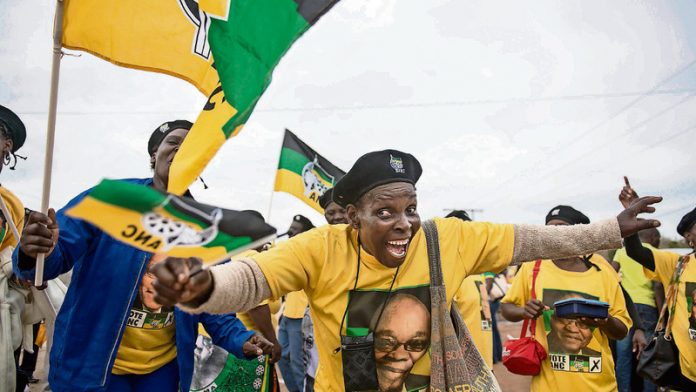 China’s Chairman Mao stated in 1957: “Let a hundred flowers bloom, let a hundred schools of thought contend”. But as the ANC puts its own petals to the metal this spring, it may find its flora at risk of wilting.

By the time the ANC held its second NGC, the conference had turned into a platform for competition and a proxy for leadership contests, which would drag on for another two years until the national elective congress.

This year’s NGC was supposed to be a winter gathering, but the frosty relationships between party factions resulted in it being postponed to spring.

The NGC, to be held at Gallagher Estate in Midrand next weekend, is – to continue with the floral metaphor – a midterm conference where weeding and watering is supposed to take place. Officially the party should have policy discussions and review the performance and implementation of its key decisions.

In reality though, the upcoming NGC is again likely to be used as a platform for posturing and grandstanding as provinces and political factions compete for the plenary mic about who wins which argument.

The next elective congress is scheduled for December 2017. But a discussion to extend the term of office for the current leadership has already become heated. ANC secretary general Gwede Mantashe was forced to use a press conference to say that open lobbying for leadership positions would not be tolerated. This has not, however, deterred those who believe open campaigning is the best way to save the organisation that is now largely dependent on slates, a factional list of candidates.

There is already talk of a motion of no confidence in Mantashe, although its champions appear to lack support. Some say Mantashe’s perceived authoritarian leadership style could cost him the position, but others link the mooted motion to the preparation for the 2017 elective congress power battles.

Mantashe told the Mail & Guardian he has heard about the “rumour” but that it remains that. He also said another rumour was that he was at the forefront of orchestrating a similar motion passed against party president Jacob Zuma.

“I don’t listen to rumours. There was also a rumour that I wanted to pass a motion of no confidence on president Zuma,” Mantashe said. “Next time there will be a rumour I want to buy a plane. The reason that they [the sources] talk to you is because they want the rumour to gain currency.”

Local Luthuli House watchers also keep their ears open to revolutionary songs to indicate movement on the ANC’s internal hit parade. At the last NGC in 2010 the unofficial theme song for the gathering was Solomon, dedicated to struggle hero Solomon Mahlangu who was executed by the apartheid government in 1979.

Next week’s NGC is likely to have its own dominating songs such as Ntate Ramaphosa bolela, nako e a tsamaya [Mr Ramaphosa speak up, time is running out], prominent at last weekend’s uMkhonto weSizwe Military Veterans’ Association NGC. The song tacitly urges Ramaphosa to enter the party’s presidential race.

The ANC Women’s League’s wish list is topped by lobbying for the party’s first female president, who would ultimately lead the country, said the league’s secretary general Meokgo Matuba.

In addition to this, the league wants more women in the ANC’s top leadership positions instead of a 50/50 representation that has been a practice since the 2007 Polokwane congress resolution.

Despite Mantashe reprimanding those who already speak openly about leadership preferences, Matuba said the league wants the ANC to adopt a hardline approach in pushing women for senior office.

“When the process towards 2017 begins, we will start lobbying, but for now we want to enforce women in top positions,” she said.

In addition to the power struggles taking place, policy discussions are being recycled from old ANC discussion documents, such as the proposed reduction of the number of provinces, scrapping “sunset clauses” and filling ANC headquarters with more qualified professionals to make it effective.

A major policy change proposal the Women’s League wants to push is an increase of the age limit for social grant recipients, including young adults who raise their siblings.

The Western Cape ANC wants the party to come up with ideas that would boost the province’s economic development.

“In the fishing quotas, we need to make sure that the coastal communities are the real beneficiaries,” provincial secretary Faiez Jacobs said. “It’s not only about being fishermen, it’s about sustainability.”

“We took a resolution which says we need to deploy more people at head office,” he said. “We want full- time people in areas such as organising, political education and policy [development].”

Limpopo will propose that the ANC withdraws its 2012 Mangaung congress resolution to reduce the number of provinces. This did not happen.

“We must either implement the resolution or agree it is not implementable,” said ANC provincial secretary Nocks Seabi this week.

Limpopo will also push for a review of the Municipal Structures Act to allow political parties to withdraw their deployees as and when the party wishes to. Seabi said his province would also propose that municipalities that fail to spend their allocated budgets should not give the money back to the treasury.

The ANC in the Eastern Cape wants a fresh discussion on the controversial proposal to amend the Constitution’s property clause.

An idea to scrap sunset clauses was in the party’s 2012 strategy and tactics document when the ANC said 1996’s Constitution “may have been appropriate for a political transition, but it has proven inadequate and even inappropriate for a social and economic transformation phase”.

“We want a shift on economic policies. We managed to deal with the superstructure, now we need to tamper with the white property rights. We need to amend section 25 of our Constitution,” said an Eastern Cape provincial leader who asked to remain anonymous because he is not mandated to speak on behalf of the party.

Section 25 of the Constitution enshrines the right to property ownership and strikes a balance between the interests of existing property owners and those of the entire society.

The provincial leader said the Eastern Cape would also propose open lobbying and campaign for leadership positions. “The only way to eliminate slates in the ANC is if we can allow for open campaigns. The ANC must insist that its members are in a position to articulate ANC policies before they can be elected to leadership positions,” he said.

The ANC Youth League wants 40% of youth representation in all three spheres of government. The league’s secretary general, Njabulo Nzuza, said the league wants to see this implemented soon after next year’s local government elections. The youth league also wants the ANC to take a resolution to scrap e-tolls.

Everybody’s staying pozi, which is making all the arrests easy for the Hawks. Only Ace is desperate to be seen
Read more
Advertising